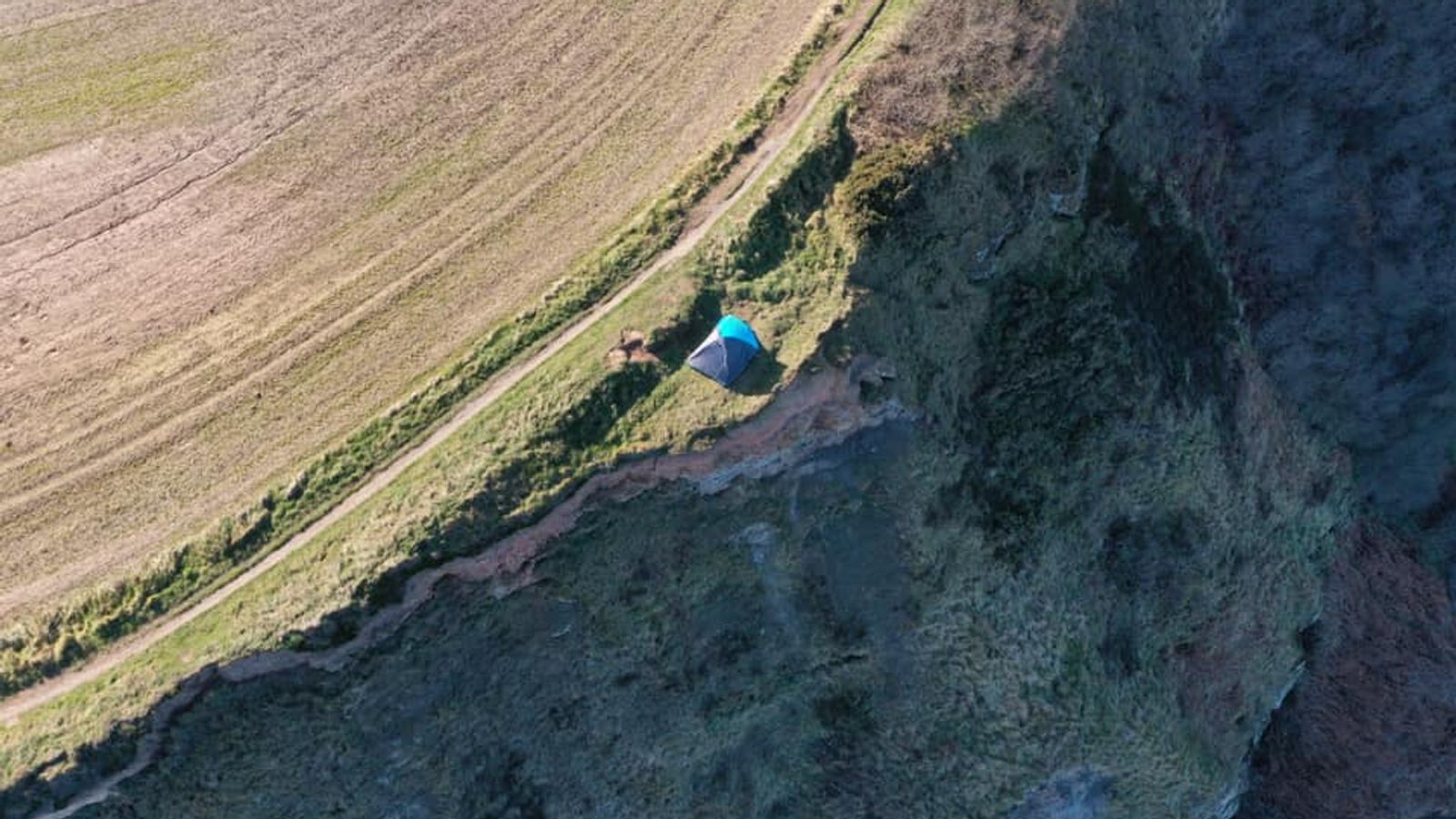 A couple and a child had to be rescued after they set up camp on the edge of a cliff in breach of coronavirus restrictions, the coastguard said.

Teams from Staithes and Whitby Coastguard were called to reports of two adults and a child camping on a cliff edge in the North York Moors on Saturday.

They found the family inside a tent on the Cleveland Way stretch of coastline and gave them “safety advice due to the dangerous location of their tent”.

North Yorkshire Police was also called because the family had breached COVID-19 restrictions by travelling there, the coastguard said. It is not clear if they were given a fine.

Image: The family was camping in the North York Moors. Pic: Staithes Coastguard

A Staithes Coastguard spokesperson said: “Today’s call was to attend a section of the Cleveland Way to issue safety advice to two adults and a child camping on the cliff edge.

“An officer from North Yorkshire Police also attended due to breach of coronavirus restrictions.

“If walking the Cleveland Way please stay on designated footpaths.”

Image: They were spoken to by the coastguard. Pic: Staithes Coastguard

Staying overnight away from your home – except for essential purposes – is illegal under national lockdown restrictions in England.

In London, more than 70 people were fined £800 each for attending crowded house parties in Mayfair.

Met Police officers were called to the first one in Green Street at 1.30am on Sunday, where they found 50 people inside a flat.

While they were at the first party they got reports of a second nearby in Brooks Mews.

Once they got there they found 20 people and handed each of them £800 fines.

Inspector Kevin Fagan of the central west command unit which covers Westminster said:”Illegal gatherings like this are irresponsible and put pressure on the emergency services who have do deal with the consequences of these people’s selfish actions.

“The rules are clear, as should be the message that the police will enforce them where wilful breaches are found to have taken place.”