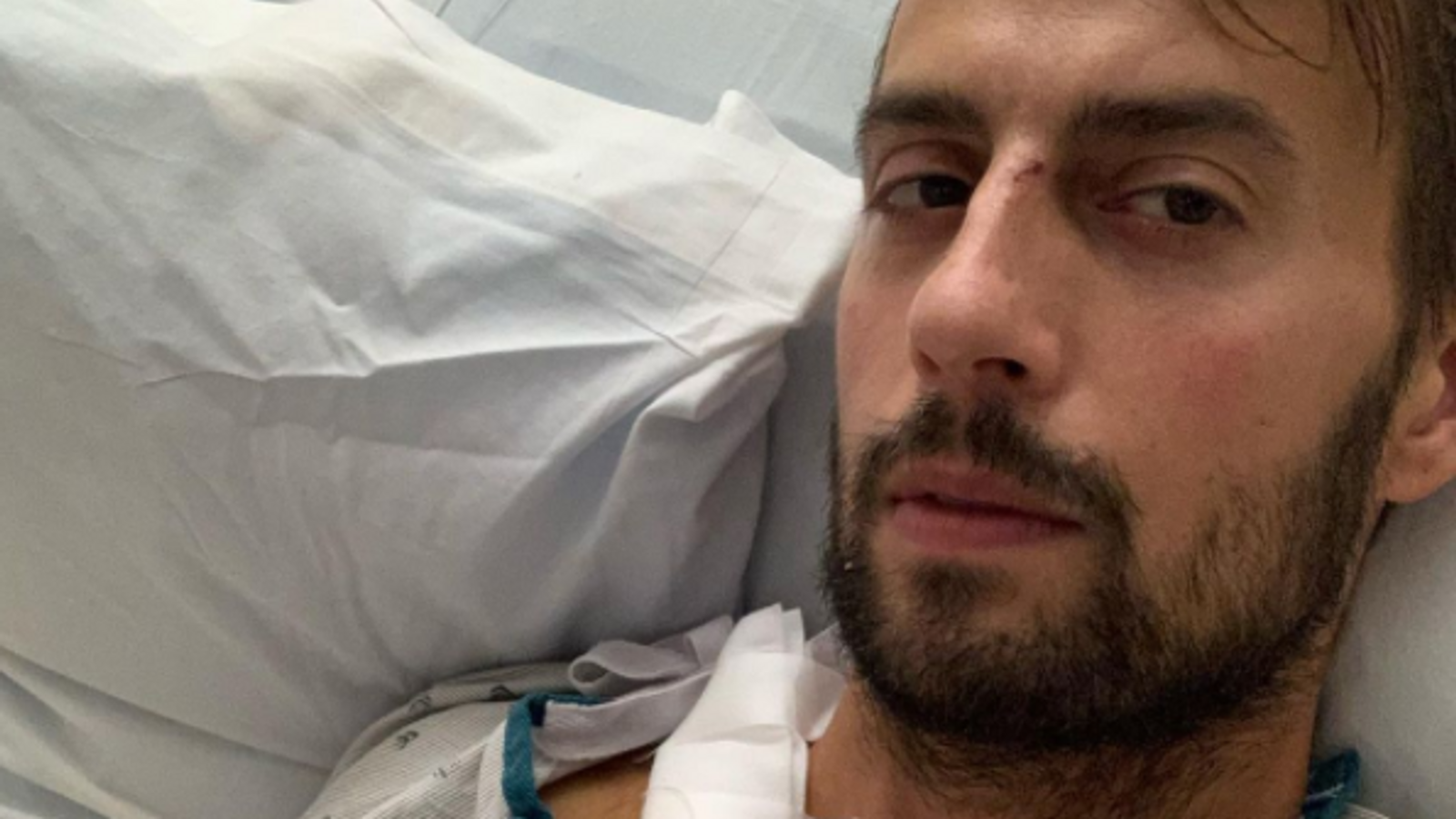 The man who was walking Lady Gaga’s three dogs when he was shot as thieves stole two of them says he had “a very close call with death”.

From his hospital bed, Ryan Fischer has relived last week’s violent incident and thanked the first responders and health care workers for saving his life.

The robbers who targeted him took two of Lady Gaga’s French bulldogs – Koji and Gustav – and then fled after the attack in Los Angeles on Wednesday night.

Mr Fischer described how the canine that escaped – Miss Asia – had laid next to him after the attack.

He said she was a “guardian angel”, adding: “I smiled at her shaking form, thankful that at least she would be okay.”

At the start of the ordeal, a car had pulled up alongside Mr Fischer, and two men jumped out demanding that he hand over the animals.

The pair struggled with him, then one pulled a gun and fired a single shot before they got away with Koji and Gustav.

Following the shooting, singer Lady Gaga offered a $500,000 (£360,000) reward for the safe return of her pets no questions asked, and on Friday an unnamed woman brought the two dogs to a police station unharmed.

They were later safely reunited with the US pop star’s representatives.

Officers said she appeared to be “uninvolved and unassociated” with the armed robbery.

On Instagram, two images have been posted of Mr Fischer from his hospital bed, including one of him on a ventilator and another after it was removed.

Recalling the aftermath of the attack, he wrote: “While a car sped away and blood poured from my gun shot wound, an angel trotted over and laid next to me.

“My panicked screams calmed as I looked at her, even though it registered that the blood pooling around her tiny body was my own.

“I cradled Asia as best I could, thanked her for all the incredible adventures we’d been on together, apologised that I couldn’t defend her brothers, and then resolved that I would still try to save them… and myself.”

He continued: “Hopeful that my calm(ish) and forceful pleas for the urgency of my care as well as the focused descriptions of the dogs would be enough to help me and get enough police and media attention to find the boys, I looked backed at my guardian angel.

“I smiled at her shaking form, thankful that at least she would be okay.

“From that point, right as the neighbours poured from their homes and restaurant to us on the sidewalk, life has taken a very sudden and unexpected turn.”

He added: “I am still in recovery from a very close call with death and have kept myself (for the most part, I mean I am human) from the growing media story.

“I will write and say more later, but the gratitude for all the love I feel from around this planet is immense and intense. I felt your healing support! Thank you.”

And he had a message for Lady Gaga: “Your babies are back and the family is whole… we did it!

“You have shown so much support throughout this whole crisis to both me and my family. But your support as a friend, despite your own traumatic loss from your kids, was unwavering. I love you and thank you.”

Mr Fischer also noted that the police were committed to bringing the “attempted murderers to justice”, adding: “I am so appreciative of everything you continue to do”.

Captain Jonathan Tippet of the LA police said since officers were not involved in the reward, he did not know if the mystery woman would receive it.