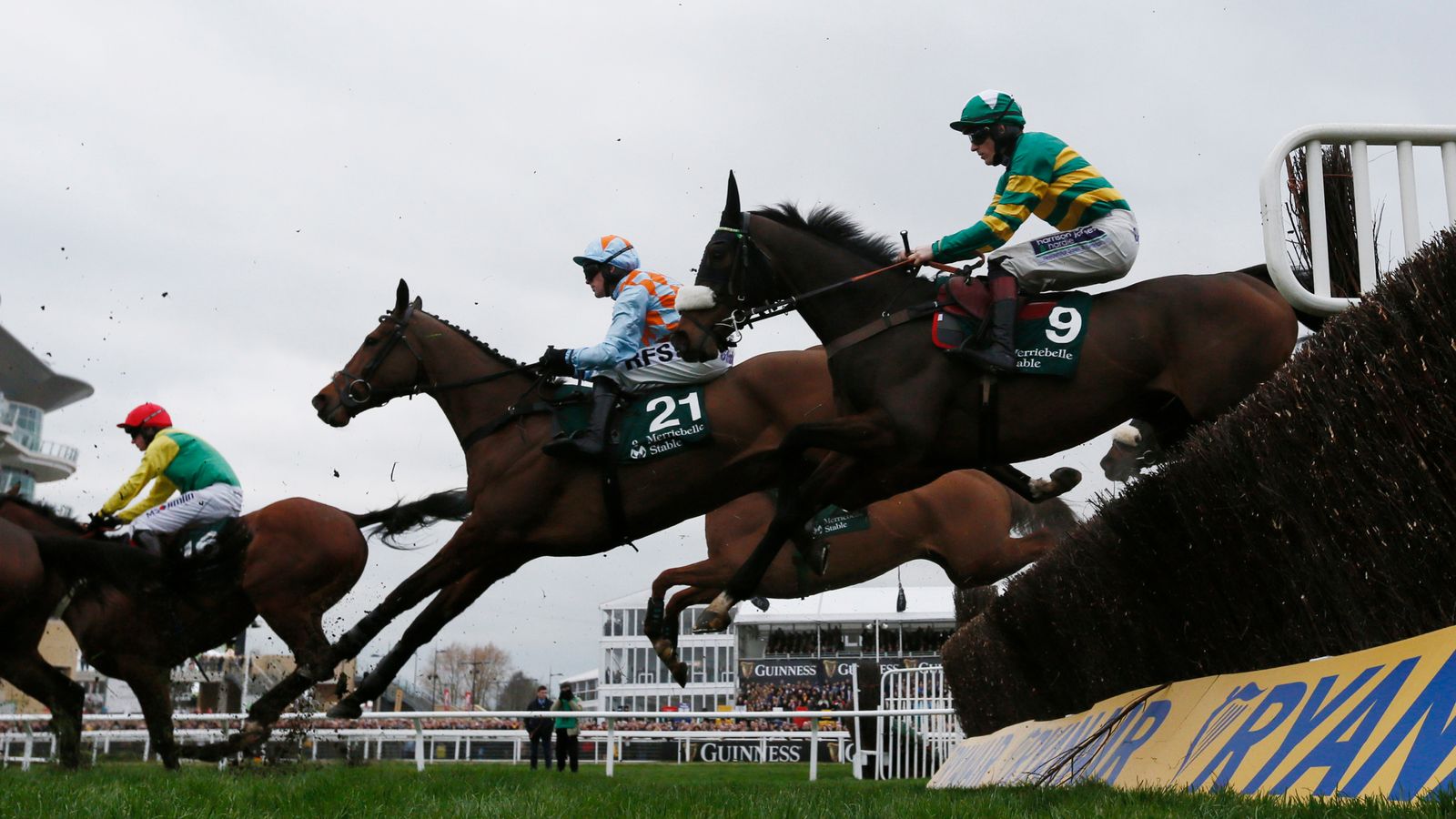 The British Horseracing Authority has been made aware of a video circulating, showing a man jumping onto the back of a dead horse.

A decision has not yet been taken on whether to launch a formal investigation into the clip, which appears to have been filmed on a gallops where race horses are trained.

Although, Sky News understands that the Irish Horseracing Regulatory board has also been made aware of the video and will now investigate.

It could present another image problem for racing, coming just two days after a picture emerged showing leading trainer Gordon Elliott sat astride a dead horse on the gallops at his stables.

There is no suggestion that the footage is connected in any way to the incident involving Mr Elliott.

Mr Elliott, a three-time Grand National-winning trainer, was suspended from British races on Monday pending an investigation by the The Irish Horseracing Regulatory Board (IHRB) over the snap.

The probe is looking into an image on social media showing Mr Elliott sitting on a horse that had just died of an apparent heart attack after a training run.

Racing authorities in Britain and Ireland have condemned the undated photograph, which Elliott confirmed in a statement on Sunday evening was genuine.

The 42-year-old County Meath trainer has apologised “profoundly for any offence that this photo has caused”, while seeking to explain what he said was the context of events that led to the picture.

He said he was waiting for the body of the animal to be taken away when he got a phone call and sat down on the horse without thinking.

The IHRB has launched a full investigation – and while Elliott is licensed in Ireland, the British Horseracing Authority said it was “appalled” by the image and was “considering its own regulatory options”, but has now acted.

A statement on Monday evening said: “The British Horseracing Authority will not allow the Irish trainer Gordon Elliott to race horses in Britain whilst the Irish authorities investigate an image that appeared on social media over the weekend.

“The BHA, which regulates racing in Britain, will use powers under its own rules to refuse to allow horses trained by Mr Elliott to race in Britain pending consideration of the outcome of the Irish investigation.”

The BHA added that owners of horses currently trained by Elliott are permitted to transfer them to a different trainer and run them at a British meeting, “providing they comply with the relevant rules”.

Elliott was a Grand National-winning trainer first in 2007 with Silver Birch, and then with the Michael O’Leary-owned Tiger Roll in 2018 and 2019 – the first horse to triumph back to back since Red Rum in the 1970s.

He has trained 32 winners at the Cheltenham Festival, where he has been the top trainer twice.

This year’s festival takes place from 16-19 March and Elliott currently stands to miss it as a result of the temporary BHA ban.