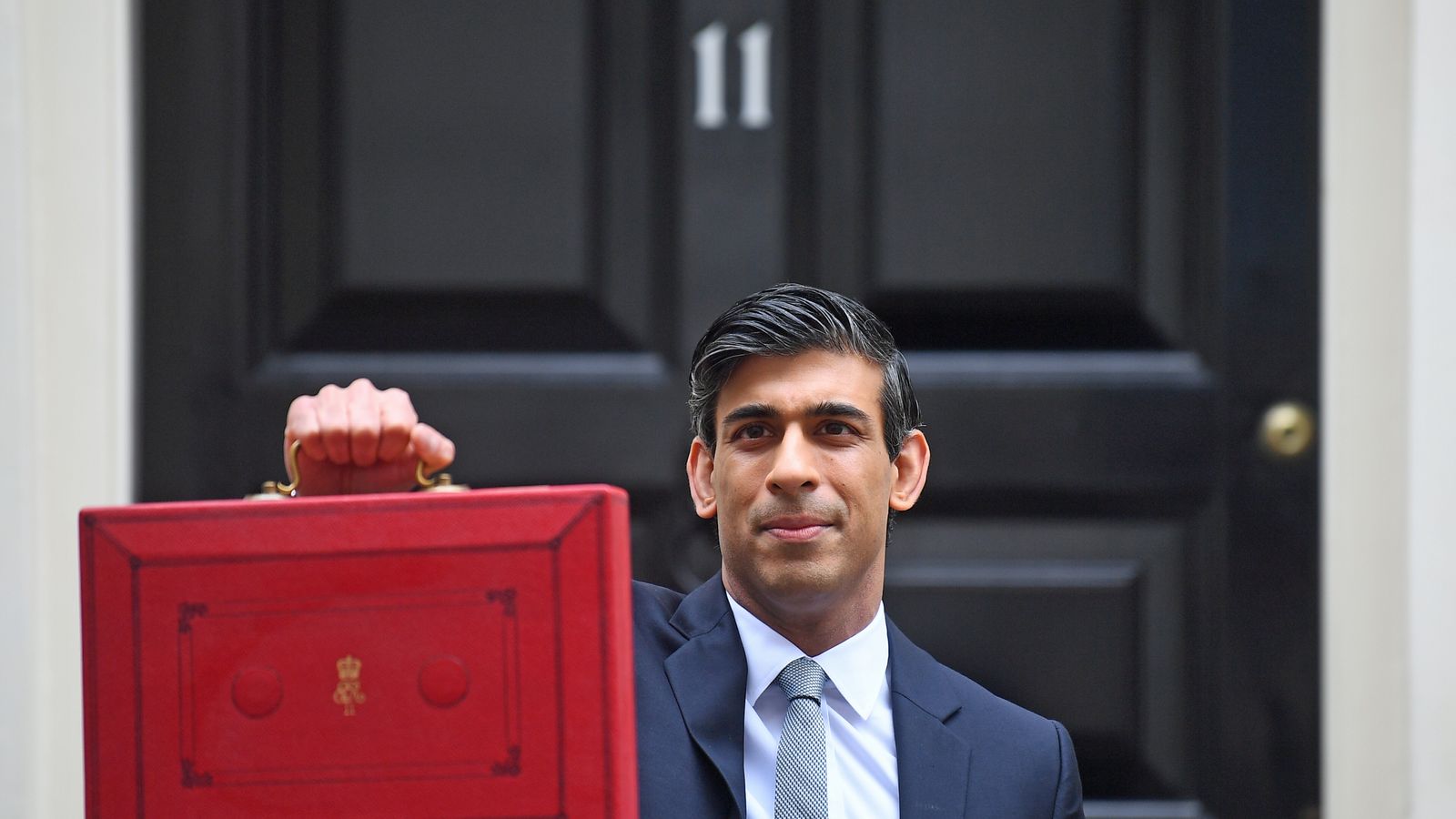 The legal limit for contactless payments will more than double, Chancellor Rishi Sunak will confirm in today’s budget.

The limit for a single contactless payment will rise from £45 to £100 as part of Mr Sunak’s plans to boost businesses as the UK recovers from the COVID crisis.

You can watch and follow the budget live with special coverage and analysis from 12.30pm

Image: The limit for a single contactless payment will rise from £45 to £100

“As we begin to open the UK economy and people return to the high street, the contactless limit increase will make it easier than ever before for people to pay for their shopping, providing a welcome boost to retail that will protect jobs and drive growth,” the chancellor said.

The move comes despite fears of a growing fraud risk from the increased use of contactless payments.

On Tuesday, Sky News reported that some of Britain’s biggest banks were urging the government and regulators to stagger the hike from the current limit of £45 and to curb the number of times contactless cards can be used on any single day.

The Treasury said eight out of 10 adults in the UK used contactless payments in 2019.

And they added the proportion of contactless debit card payments had risen since the beginning of the coronavirus pandemic, from four out of 10 in 2019 to six out of 10 in September last year.

Between April last year and this January there were 350 million contactless payments that would previously have required chip and PIN.

The Financial Conduct Authority (FCA) announced a consultation on increasing the contactless payments limit in January, saying that it was “important that payments regulation keeps pace with consumer and merchant expectations”.

The Treasury said the FCA had since recommended the increase to £100, a limit that is now similar to those in other non-EU countries such as Australia, Canada and the US.

Although it will legally come into force from today, the change will not happen in practice immediately as banks and firms make the necessary changes to their systems.

The number of consecutive transactions before consumers are required to provide their PIN will remain at five, but the cumulative transaction limit, which is how much you can spend across those five payments, will be raised to £300.

In his budget speech on Wednesday, Mr Sunak will confirm the extension of the furlough scheme until the end of September, alongside more help for the self-employed.

Image: Mr Sunak and his Treasury ministerial team ahead of the budget

Ahead of his address to the House of Commons, the chancellor set out the details of his budget to fellow ministers in a virtual cabinet meeting.

Mr Sunak said, during the COVID pandemic, the government had “stepped in to provide support and protect jobs” and would now “outline more support to get people through to the other side of the crisis”.

But the chancellor also told the cabinet that the government “must be honest with ourselves and the country about what that has meant” following “borrowing on an extraordinary scale – equivalent to only wartime levels”.

He warned that the government “cannot ignore this problem and it wouldn’t be right or responsible to do so”.

It has been reported that Mr Sunak will use his budget to raise corporation tax and freeze income tax thresholds in order to raise billions of pounds over the coming years.