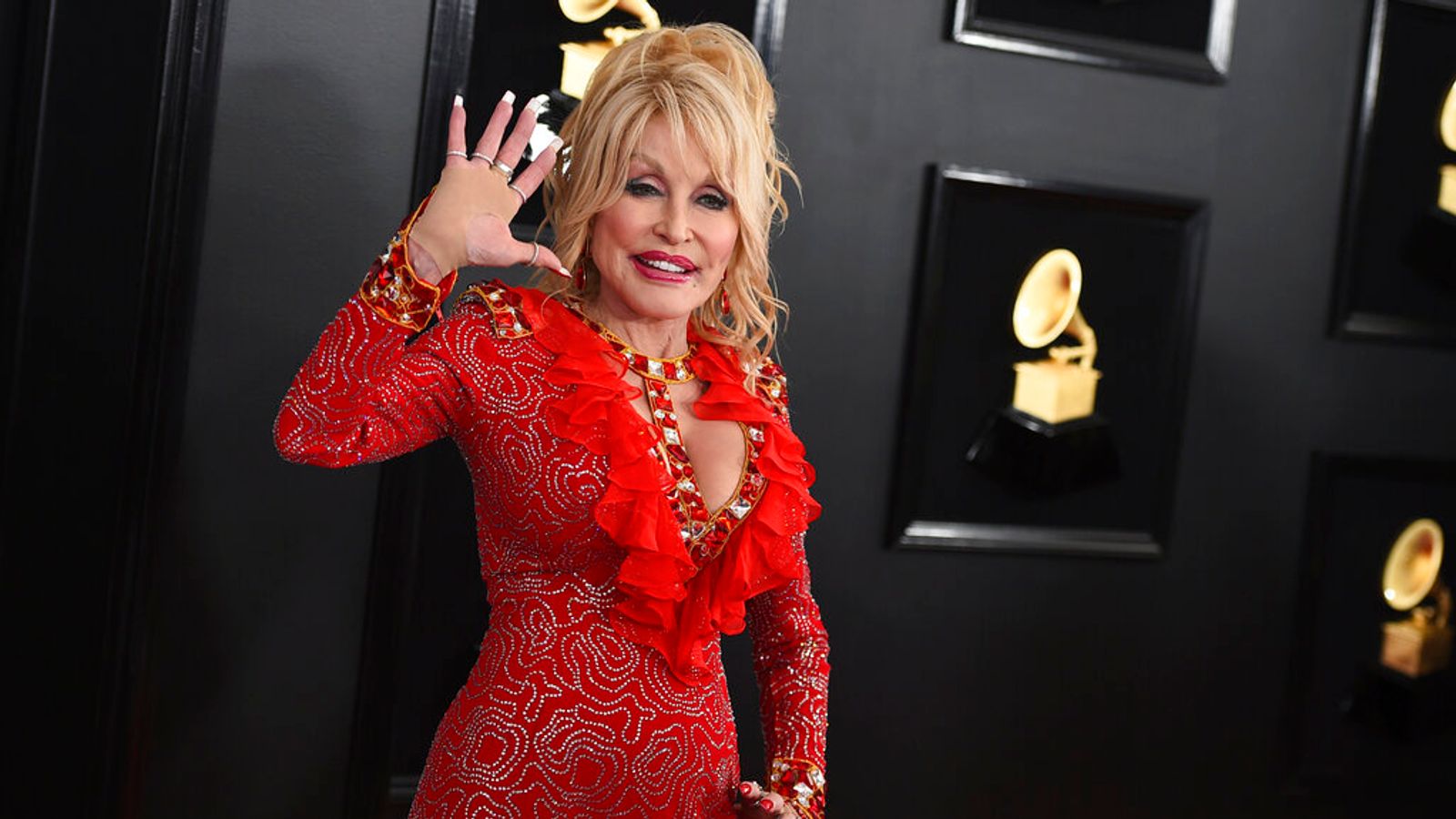 Dolly Parton has been given the coronavirus vaccine she helped fund.

The country singer, 75, “even changed one of my songs to fit the occasion”, she told fans in a video filmed from Vanderbilt University Medical Centre in Nashville, Tennessee.

She said she was “dead serious about the vaccine” and getting normal life back would be a “great shot in the arm”, adding: “I just want to say to all of you cowards out there – don’t be such a chicken squat. Get out there and get your shot.”

Parton filmed herself preparing for the Moderna jab as she told the doctor she had been “waiting since December”.

The medic, a friend of hers, praised her for spreading the word, saying: “Glad that you’re here and giving the great message.”

Afterwards she commented: “That didn’t hurt.”

So far, the US regulator has authorised three coronavirus vaccines for emergency use: Pfizer-BioNTech, Moderna and Johnson & Johnson.

President Joe Biden has said he hopes every adult in the country will have been offered a first dose of a vaccine by the end of May.

Boris Johnson has made the same pledge for the end of July. The UK has been using the Pfizer jab alongside one from Oxford-AstraZeneca, but the government is still waiting for its first batch from Moderna and the medicines regulator is yet to approve Johnson & Johnson’s single-shot vaccine, but is expected to soon.

Parton, who has enjoyed a musical career spanning more than five decades, is known for her philanthropy.

She established a charity called the Imagination Library in 1995, which sends books to children around the world in an effort to improve child literacy.

In January, she rejected calls for a statue of her to be erected in her home state.

Democrat Congressman John Mark Windle had proposed a bill for her to be honoured in the grounds of the Capitol in Nashville.

But Parton responded: “Given all that is going on in the world, I don’t think putting me on a pedestal is appropriate at this time.”