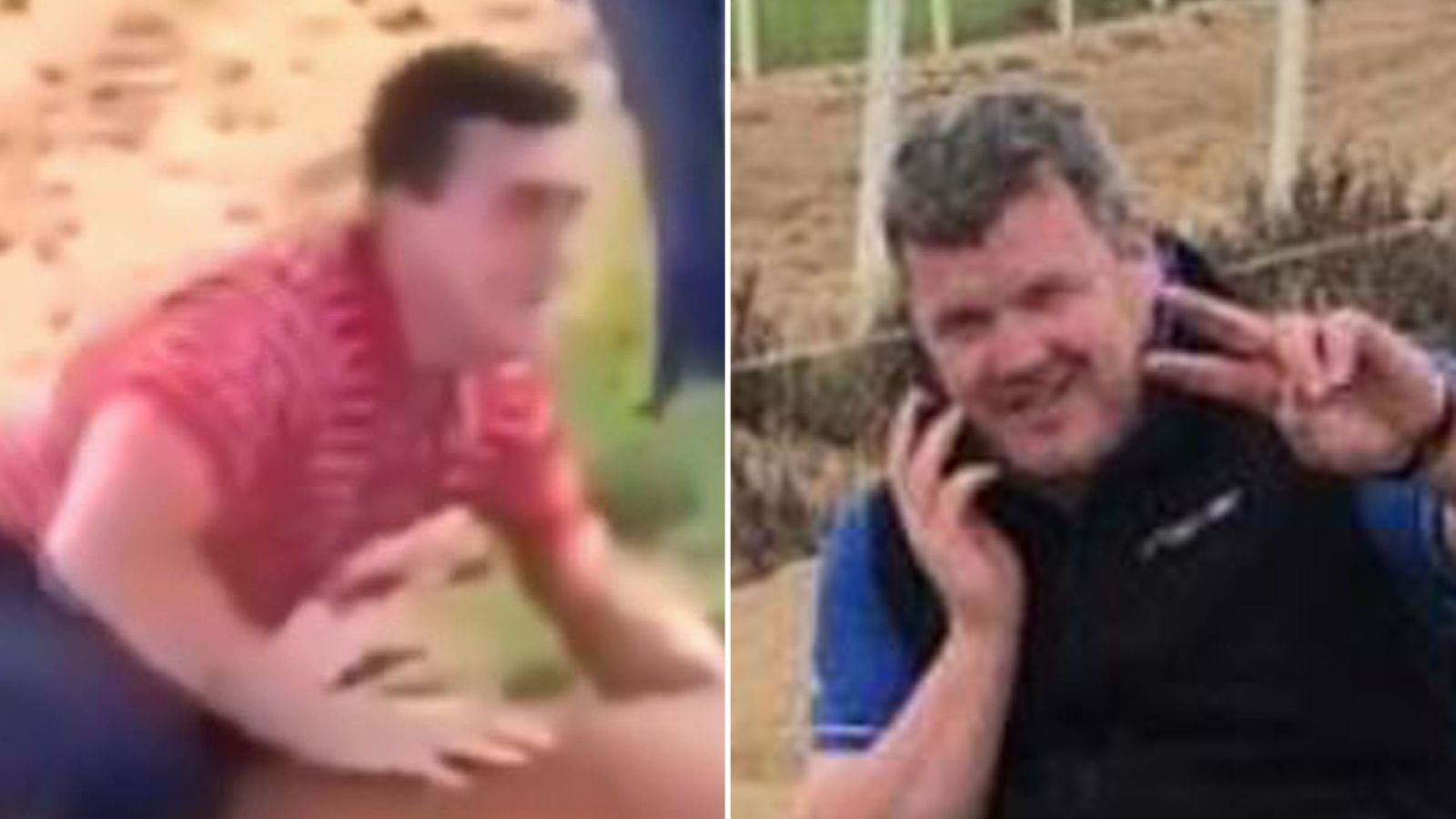 An amateur jockey has apologised after a video of him climbing on a dead horse was posted on social media.

WARNING: LOWER DOWN IN THIS ARTICLE ARE PICTURES OF ROB JAMES AND GORDON ELLIOTT SHOWING THE DEAD HORSES

Rob James has confirmed he was the person in the video which began circulating online, in which he was seen straddling the dead horse while others watched and laughed.

Image: Rob James says he is ‘heartbroken’ by the damage he has caused. File pic

The apology from James follows one of the country’s leading trainers, Gordon Elliott, being banned from entering runners in British races because of similar conduct in a photo that was also circulated online.

James, who rode an Elliott-trained winner at the Cheltenham Festival last year, said his actions were “wholly inappropriate and disrespectful” and that he was “heartbroken by the damage” he has caused.

James told The Irish Field newspaper: “I would just like to apologise for my actions which were wholly inappropriate and disrespectful to a lovely five-year-old mare, who unfortunately suffered a sudden cardiac arrest while at exercise earlier that morning, 30 April, 2016.

“I sincerely apologise to the owners of the mare, the staff who cared for her, the horseracing industry and all followers of horse racing for my actions.

“To try defending my stupidity at the time would add further insult and hurt to the many loyal people that have supported me during my career.

“I have caused embarrassment to my employers, my family and most importantly the sport I love.

“I am heartbroken by the damage I have caused and will do my best to try and make amends to those hurt by my conduct.”

It comes just two days after a picture emerged showing Elliott sat astride a dead horse on the gallops at his stables.

An investigation by the The Irish Horseracing Regulatory Board (IHRB) is looking into the image on social media showing Elliott sitting on a horse that had just died of an apparent heart attack after a training run.

Racing authorities in Britain and Ireland have condemned the undated photograph, which Elliott confirmed in a statement on Sunday evening was genuine.

The 42-year-old County Meath trainer has apologised “profoundly for any offence that this photo has caused”, while seeking to explain what he said was the context of events that led to the picture.

He said he was waiting for the body of the animal to be taken away when he got a phone call and sat down on the horse without thinking.