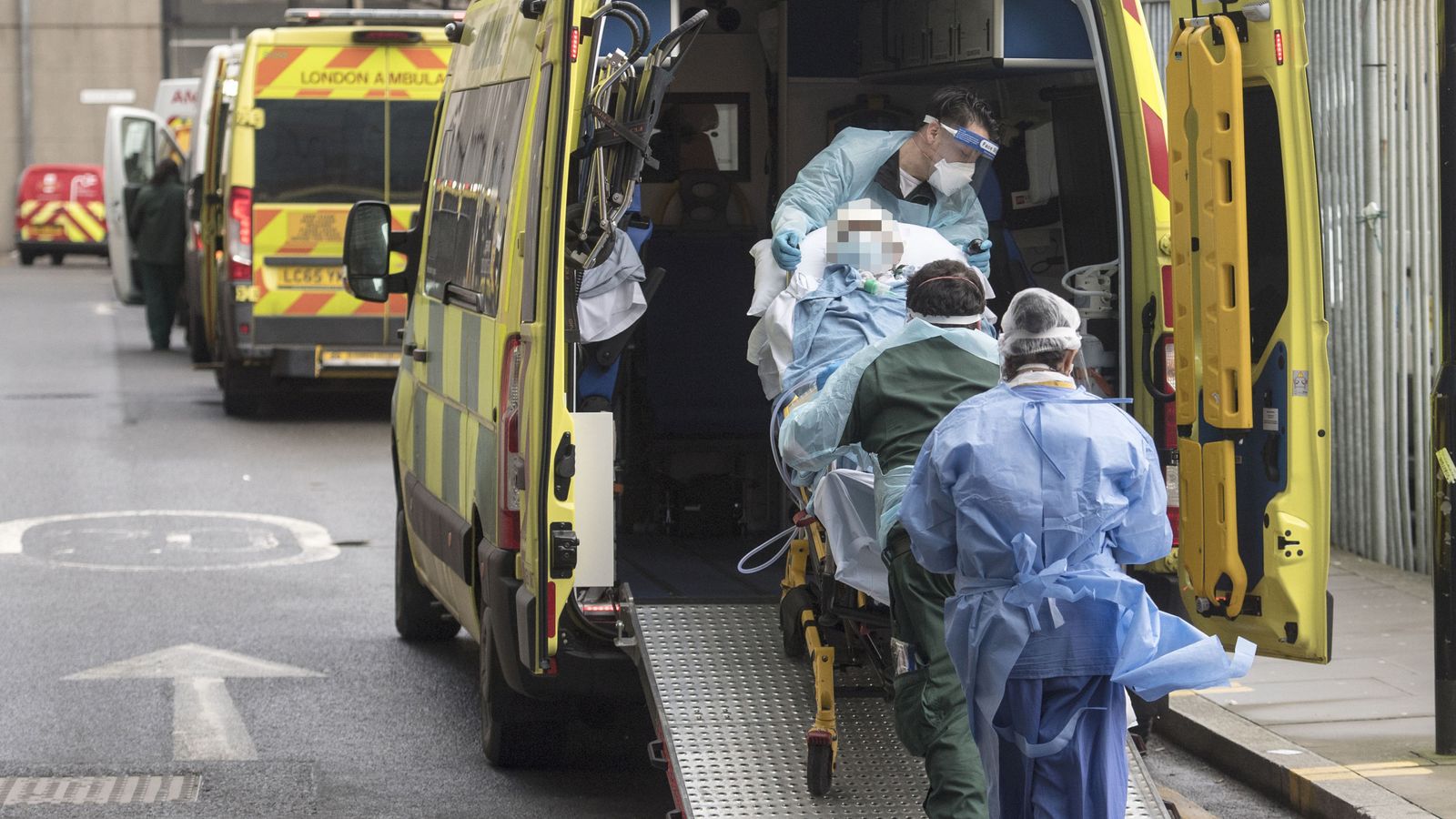 The UK has recorded another 315 COVID-related deaths and 6,385 cases in the last 24 hours, according to government figures.

This compares to the 343 coronavirus deaths and 6,391 new infections recorded on Tuesday.

It comes as the number of people receiving the first dose of a vaccine nears the 21 million mark.

Meanwhile, the chancellor has vowed to build a “fairer” country in memory of those who have died during the coronavirus pandemic.

But he warned “corrective action” would be needed to tackle the UK’s rising debt, with the government now committed to spending £407bn on support during the COVID crisis and borrowing at levels last seen in the 1940s.

Earlier, police revealed they had arrested 84 suspects and seized thousands of fake COVID-19 vaccines in raids in China and South Africa.

It comes weeks after the head of Interpol warned that criminal networks would try to cash in on the global vaccination rollout.

South African police seized 400 ampoules, providing 2,400 doses, of a fake vaccine in Germiston, Gauteng, along with a big supply of fake 3M brand masks. They arrested a Zambian national and three Chinese suspects.