Queen gets two corgi puppies as presents during lockdown 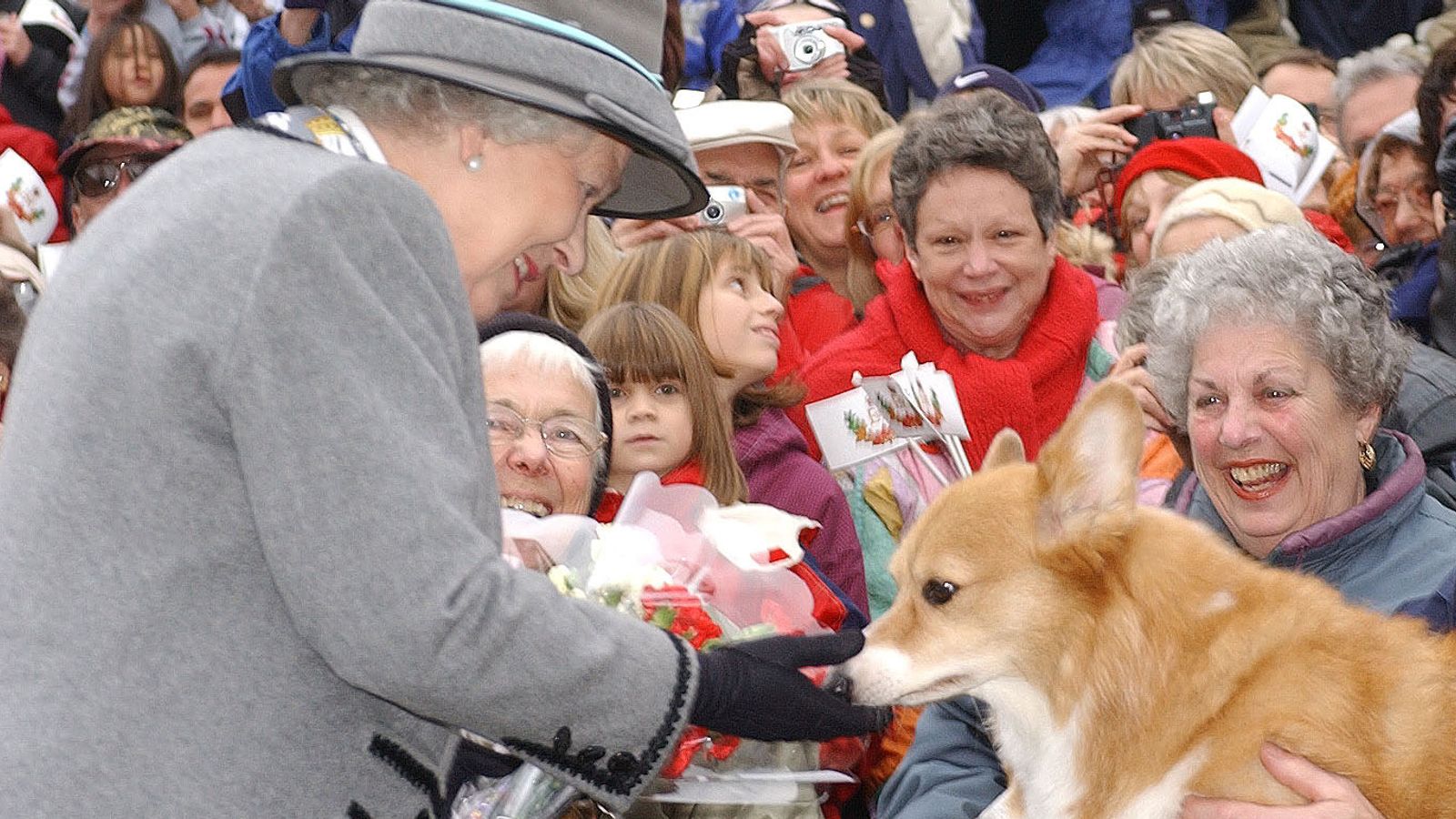 The Queen has been gifted two new corgi puppies as a present during lockdown, it has been reported.

Her Majesty, 94, is enjoying looking after her new dogs while the Duke of Edinburgh recovers from a procedure on his heart in hospital, according to The Sun.

A source told the newspaper: “Both are said to be bringing in a lot of noise and energy into the castle while Philip is in hospital.”

Buckingham Palace refused to comment and the names and genders of the dogs are not yet known.

Image: The Queen and Queen Mother take the corgis out walking in 1956. Pic: AP

The new arrivals bring an end to two years without any corgis for Her Majesty.

Her last one, Whisper, died in October 2018 after she adopted it following the death of its previous owner, who used to work as gatekeeper at Sandringham.

She has only had one dog – a corgi-daschund cross – or dorgi – since the end of last year – when Vulcan the dorgi died, leaving her with just Candy – who is the same breed.

The monarch’s love of corgis stretches back to her childhood when she fell in love with her father’s one Dookie – a Pembrokeshire corgi – and wanted one of her own.

The Queen has owned more than 30 corgis throughout her life, as well as daschund-crosses, black Labradors and cocker spaniels.

She tries to care for them as much as possible herself, with her old corgis travelling with her to Windsor on weekends and being cared for in her private apartments.

Her first corgi Susan even accompanied her on her honeymoon.

Image: The Queen Mother is pictured with her Corgis in 1966

The royal family are preparing for an interview with Prince Harry and Meghan, Duchess of Sussex to be broadcast in the UK on Monday.

Oprah Winfrey’s tell-all sit down with the couple is expected to cause controversy with the other royals.

In a preview clip aired this week, Meghan accused the family of “perpetuating falsehoods” about her and Harry.