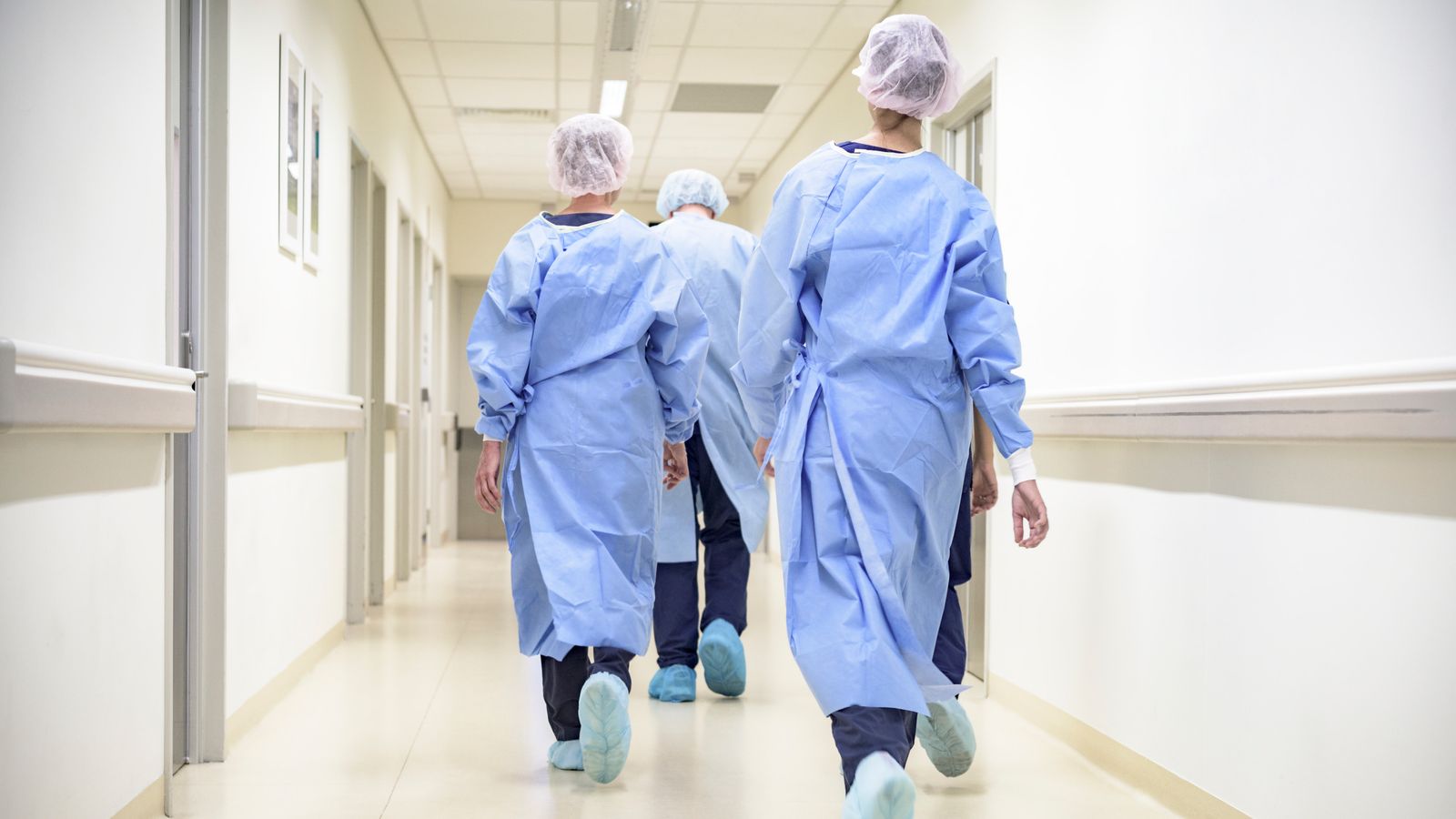 A recommended 1% pay rise for NHS staff has been called “pitiful and bitterly disappointing” by nursing union leaders who said the government was “dangerously out of touch” with health workers.

The figure, which covers 2021 and 2022, is contained in a Department of Health and Social Care (DHSC) document for the NHS Pay Review Body.

A section read: “The government announced a pause in public sector pay rises for all workforces, with an exception for employees with basic full-time equivalent salaries of £24,000 or under and for the NHS.

“In settling the DHSC and NHS budget, the government assumed a headline pay award of 1% for NHS staff. Anything higher would require re-prioritisation.”

Image: Nursing leaders have hit out at the government. File pic: istock

The Royal College of Nursing (RCN) said a pay award “as poor as this” would mean only an extra £3.50 per week take home pay for an experienced nurse.

“Nursing staff would feel they are being punished and made to pay for the cost of the pandemic. It is a political decision to underfund and undervalue nursing staff,” said the RCN’s chief executive, Dame Donna Kinnair.

She added that “it is not a done deal but the government has revealed its hand for the first time” and “can expect a backlash from a million NHS workers”.

“Taxpayers are supportive of a significant and fair pay rise for NHS workers – this year of all years. Nursing deserves a 12.5% increase.”

Sara Gorton, head of health at the Unison union, said: “No wonder the chancellor had nothing to say about the NHS yesterday. A 1% pay rise is the worst kind of insult the government could give health workers who’ve given their absolute everything over the past year.

“The public will be horrified. Staff will think it’s some kind of joke.” Labour’s shadow health secretary, Jonathan Ashworth, said: “A pay cut for NHS staff is the ultimate kick in the teeth to our NHS heroes who have done so much to keep us safe over the past year.

“Rishi Sunak’s promised to be open and honest with the public yet shamefully insults every single member of NHS staff sneaking out this announcement and failing to include any mention of NHS pay in the budget.”

A government spokesperson said: “Over one million NHS staff continue to benefit from multi-year pay deals agreed with trade unions, which have delivered a pay rise of over 12% for newly qualified nurses and will increase junior doctors’ pay scales by 8.2%.

“Pay rises in the rest of the public sector will be paused this year due to the challenging economic environment, but we will continue to provide pay rises for NHS workers, on top of a £513m investment in professional development and increased recruitment.

“That’s with record numbers of doctors and 10,600 more nurses working in our NHS, and with nursing university applications up by over a third.

“The independent pay review bodies will report in late spring and we will consider their recommendations carefully when we receive them.”