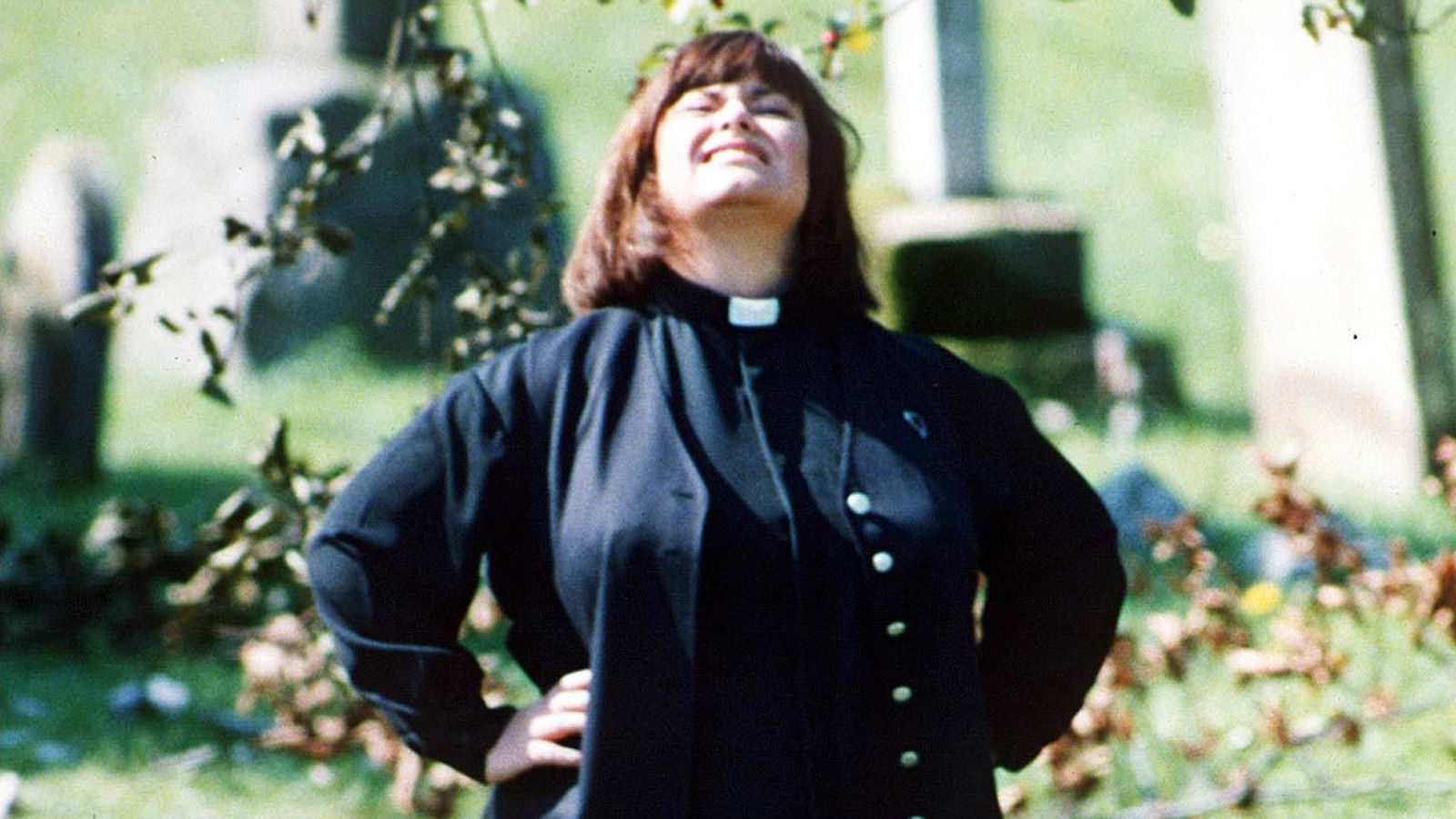 The Vicar Of Dibley is one of the UK’s best-loved sitcoms – with Dawn French becoming a national treasure after her portrayal of Reverend Geraldine Granger.

The reverend would close almost every episode by sharing an often rude joke with the church verger Alice, one of the many quirky characters in the village, who would usually fail to understand the punchline.

So, in reverse order, here were the top five:

In fifth place was a Christmas-themed joke which 46% of respondents thought was amusing.

It went: “Santa Claus goes to the doctor and says ‘Doctor, I think I’ve got a mince pie stuck up my bottom.’

“The doctor looks and says ‘Oh dear, you do indeed have a mince pie stuck up your bottom. But you’re in luck – I’ve got some cream for that.'”

A blushing lobster and a turkey crossed with an octopus

At joint number three was another Christmas joke which 47% of people agreed was funny.

It went: “What happens if you cross a turkey with an octopus? Everyone gets a leg at Christmas.”

The joke shared third place with: “Why did the lobster blush? Because the sea weed.”

A vicar and his friend play a round of golf

Reverend Granger’s joke about a vicar playing golf was the second funniest – with 52% of respondents finding it amusing.

It went: “There’s a vicar playing golf with his friend John. John misses a three-foot putt, and he says: ‘Damn it, I missed the bugger.’

“The vicar tuts and says ‘John, if you say that once more then God will open up the heavens and send a thunderbolt to strike you dead.’

“But then John misses a two-foot putt, and he says: ‘Damn it, I missed the bugger.’

“So, the heavens open, a great big thunderbolt comes down and strikes the vicar dead, and God says, ‘Damn it, I missed the bugger.'”

Image: Dawn French’s character would share an often rude joke at the end of each episode

Two nuns and a vampire

The winning joke, with 62% of people finding it funny, was about two nuns on an eventful car journey.

It went: “Two nuns are driving through Transylvania when a great big vampire jumps on the bonnet.

“One nun says to the other ‘Show him your cross.’ So, the nun opens the window and yells, ‘Get off my bonnet you toothy git.'”

Dr Helen Pilcher, a science writer and comedian, carried out the study for the TV channel Gold ahead of its airing of a retrospective special about the sitcom.

She spoke to 2,000 adults when she asked them to rank the jokes.

Dr Pilcher said: “Laughter is universal but humour is immensely subjective and although people all over the world enjoy a good joke, what they find funny varies according to a number of things, such as culture, context and language.

“Brain activity is also implicated. The brain contains billions of neurons, and can process large amounts of information in very short time periods.”

She added: “For some people, all the elements of a joke come together in an instant and they ‘get’ the joke, but if any of the elements are missing, then the joke falls flat, much like in The Vicar Of Dibley when Alice fails to understand any of Geraldine’s jokes.”

Gerald Casey, Gold channel director, said: “At the end of every episode of The Vicar Of Dibley, Geraldine shares a joke with Alice and whilst deemed funny by Geraldine, Alice always fails to understand the punchline.

“We wanted to commemorate this iconic show by revealing just how subjective humour and jokes can be.”

The Vicar Of Dibley: Inside Out launches on Gold on Saturday 6 March at 9pm.

COVID-19: Infection rates continue to fall across England with 1 in 220 testing positive outside hospitals