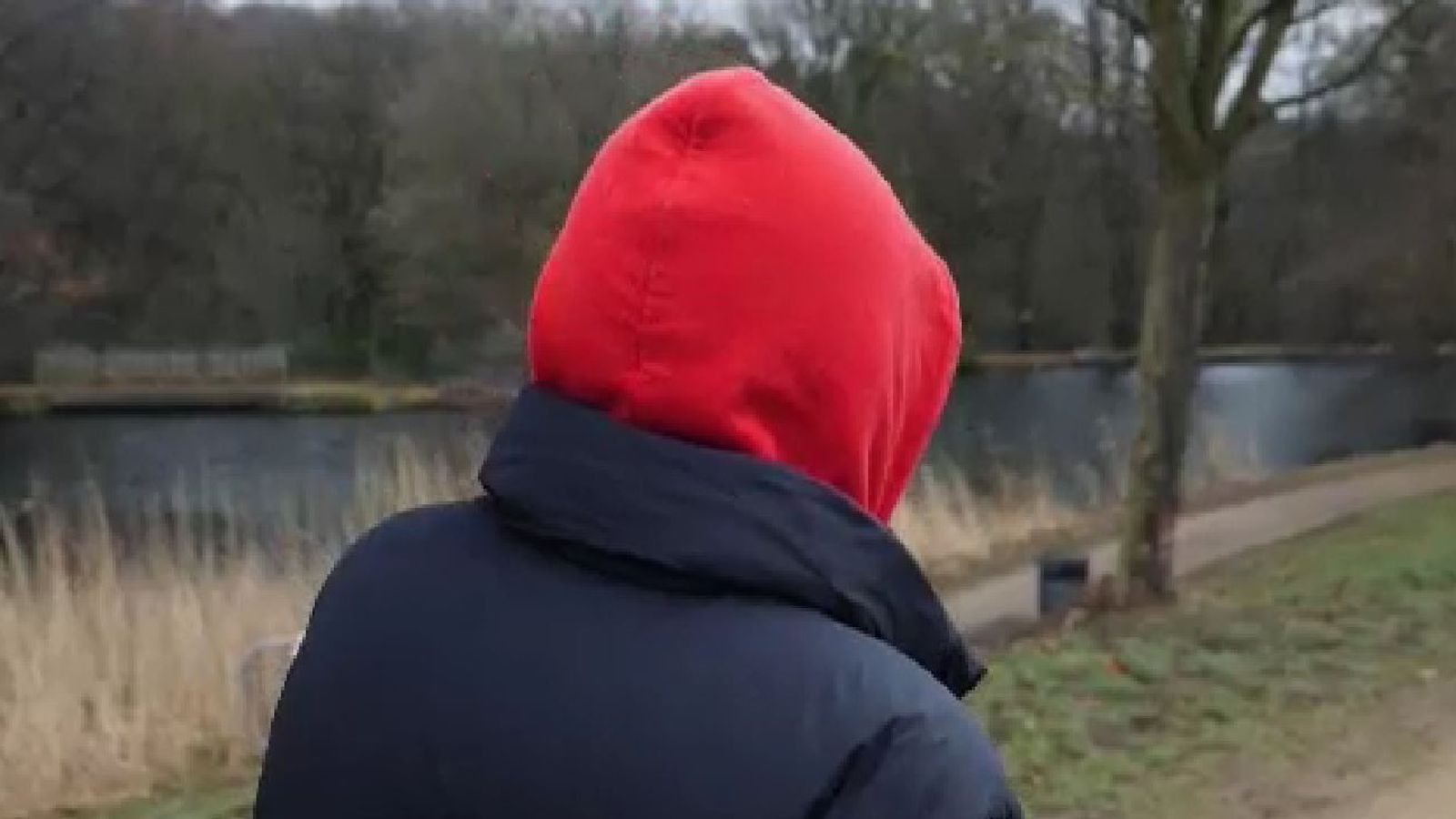 A 14-year-old girl who has tried to take her own life twice during the pandemic is pleading with the government to give more help to mental health services.

Rachel, which isn’t her real name, has told Sky News she thinks about ending her life “24/7”.

She is being seen by Child and Adolescent Mental Health Services (CAMHS), in the community but only for a one-hour telephone call, every one or two weeks.

Live COVID updates from the UK and across the world

She says she has told them she is feeling suicidal and doesn’t know “what they need from you to get help immediately”.

“How you can be in such a deep crisis and CAMHS are just like ‘take a bath’ or something, or go and do some ‘colouring’?” she asked.

“Like yeah I want to kill myself but I’ll go do some ‘colouring’ and it will help me.

“If I want to take my life I’m not going to think about doing some ‘colouring’, like drawing a cat, I’m just not going to do that.”

Speaking before health secretary Matt Hancock pledged £79m in extra funding for children and young people’s mental health services on Friday, Rachel said she wants the government to invest more in helping “people like me” to ensure children “get the support that we need”.

Her father says she was assessed recently but was told that her case wasn’t serious enough for more intensive therapy.

He describes it as “heartbreaking” and “stressful”.

“I mean, how can it be right?” he asked. “The child tries to take their life and five months later they still haven’t seen a therapist, and there’s no therapist on the horizon either.

“They said it could be another four or five months, so we could be talking about 10 months from the first incident to actually getting proper therapy.”

He said he has been trying to look out for signs that something might be wrong.

“She still has lot trouble sleeping, so I’d be awake with her at night just so that she wouldn’t do anything.

“That was the advice that CAMHS gave us, but that’s not sustainable for more than a few days to be honest. I did that for weeks and you can’t live like that.”

Waiting times for children and young people, after being referred to CAMHS, vary widely across the country.

Emma Thomas, CEO of charity Young Minds, describes it as a “postcode lottery”.

Children’s mental health services were “underfunded and stretched” before COVID-19 and the pandemic has simply “deepened that crisis”.

She said services are now seeing “growing evidence of the potential scale of that significance and also the risk into the future”.

“We have to be looking to much greater early intervention support so that we rely on treatment as a last resort,” she added.

“… whereas at the moment too often now we’re leaving young people’s mental health needs to get to that very high bar, to get to crisis point, before they get support.”

Image: Rachel and her father

The Department for Health and Social Care describe early intervention and treatment as “vital” and are investing £57m in suicide prevention over the next few years.

Rachel’s father acknowledges that those working within mental health are “doing the best with the resources that they’ve got”.

He describes the work they do as “fantastic” but says they are “stretched too thin”.

In a statement released to Sky News, Claire Murdoch, NHS England’s National Mental Health director, said: “The NHS continues to support young people’s mental health with treatment continuing during the pandemic, including phone and video consultations, and is expanding support and finding new and innovative ways to reach young people through digital platforms to ensure that children and young people have a choice in how they can get help.

“We recognise that the pandemic has been really tough on young people’s mental health and that circumstances can change and risk can escalate, and I would ask anyone who is worried that they or someone they care for is in crisis contact their 24/7 urgent mental health crisis support immediately.”

A recent survey by Young Minds showed that 75% of young people have found the current lockdown harder to cope with than previous ones.

More than two thirds (67%) said they believed the pandemic will have a long-term negative effect on their mental health.

Anyone feeling emotionally distressed or suicidal can call Samaritans for help on 116 123 or email jo@samaritans.org or talk to CALM on 0800 58 58 58 or via webchat on thecalmzone.net.

Other phone numbers you can ring for help: