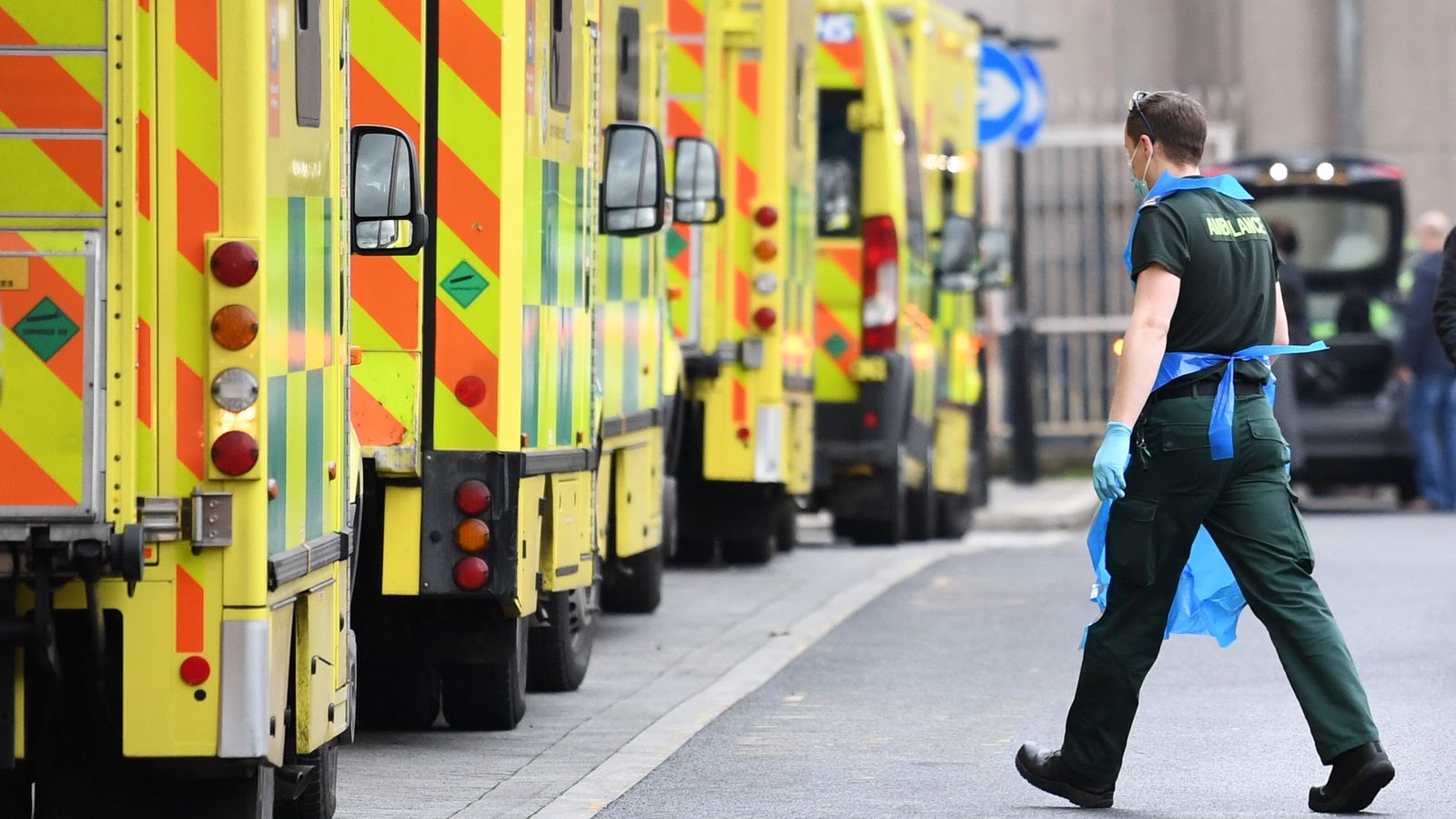 Another 65 coronavirus deaths have been recorded in the UK – the second day running that the number has been below 100.

It compares to 82 posted on Sunday, which was the first time the tally had fallen to double figures since 9 October, when 79 fatalities were recorded.

There have been another 4,712 confirmed coronavirus cases, compared to 5,177 on Sunday. It is the first time since 28 September that daily cases have been below 5,000, when 4,044 were recorded.

The latest death and infection numbers are down on last Monday’s totals of 104 and 5,455 respectively.

The daily statistics will be watched ever more closely in the coming weeks, as all four home nations begin to ease lockdown restrictions.

The first step of Boris Johnson’s roadmap for England began today, with pupils returning to school.

People can also now meet with one person from another household outdoors to socialise, such as having a picnic, and care home residents can choose one named visitor.

Cases are expected to rise as restrictions come to an end, but it is hoped that the vaccination programme will protect most people from becoming ill, as well as prevent hospital admissions and deaths.

If the data allows it, further restrictions will be lifted on 29 March: six people from different households, or a larger group from two households, can meet outside; outdoor sports can resume; and the current “Stay at Home” message will be dropped – but working from home will still be encouraged.

The prime minister warned at a Downing Street news briefing that the government won’t hesitate to push back those target dates if needed, saying it is “more vital than ever to follow the rules” so the roadmap to ease lockdown can continue as planned.

Asked whether encouraging data from recent days might tempt him to move forward some of his targets, he said: “We’ve got to remain prudent – the whole point of this roadmap is that it’s intended to be cautious but irreversible.

“And we think we can do that because of the vaccine rollout.

“I think people would really rather trade some urgency and some haste in favour of security and certainty about those dates that we have set out.”