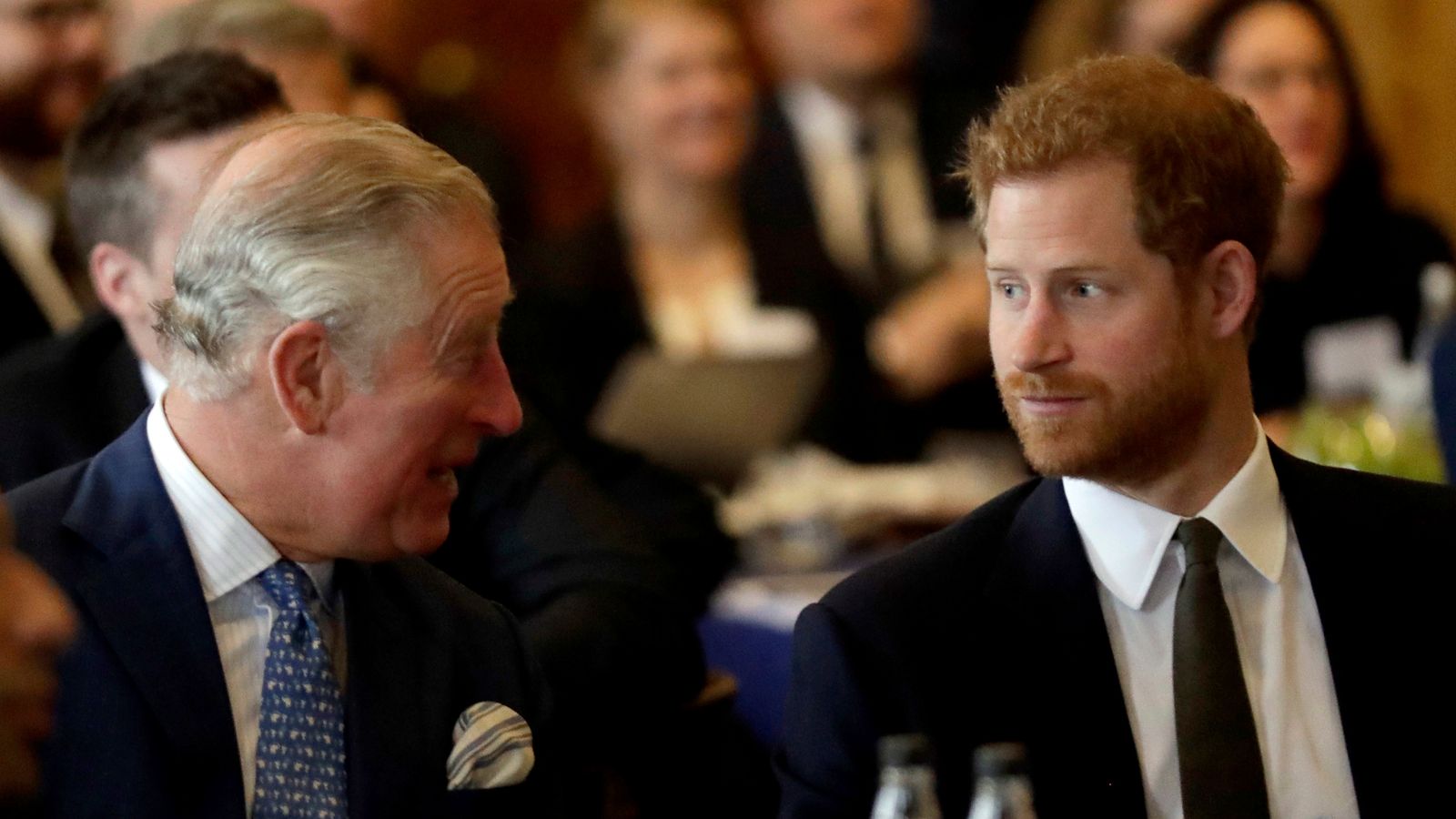 Prince Harry has said he has become estranged from his father – but he hopes to “heal” his damaged relationship with the Prince of Wales.

In an explosive interview with Oprah Winfrey which largely focused on his wife Meghan’s experiences within the Royal Family, the Duke of Sussex revealed he feels “really let down” by his father.

Live reaction from around the world to the Sussexes’ Oprah interview

He said Charles asked for him to put his plan “in writing”, adding: “I put all the specifics in there, even the fact that we were planning on putting the announcement out on the 7th of January.”

Asked why his father had stopped taking his calls, Harry said: “Because I took matters… by that point I’d took matters into my own hands.

“It was, like, I needed to do this for my family. This is not a surprise to anybody. It’s really sad that it’s got to this point.”

Speaking about his father, Harry said: “I feel really let down because he’s been through something similar, he knows what pain feels like, (and) Archie’s his grandson.

Image: Diana would have been ‘really angry’ at what’s happened, Harry says

Harry suggested his family were jealous of Meghan’s popularity with the public – just as the appeal of his mother, Diana, Princess of Wales, had reportedly been seen as a threat.

Harry told Winfrey how he thought his mother would feel about it all if she were alive: “I think she would feel very angry with how this has panned out, and very sad.”

Life behind palace doors has not been exposed to this degree since the days of the “War of the Waleses”, when the turmoil of Charles and Diana’s disintegrating marriage was laid bare in the 1990s.

Harry was asked if he told his family that he needed to get help for Meghan after she had suicidal thoughts, and admitted he could not talk to them: “That’s just not a conversation that would be had.”

He added: “I guess I was ashamed of admitting it to them. And I don’t know whether they’ve had the same feelings or thoughts. I have no idea. It’s a very trapping environment that a lot of them are stuck in.

“My father and my brother, they are trapped. They don’t get to leave,” he said.