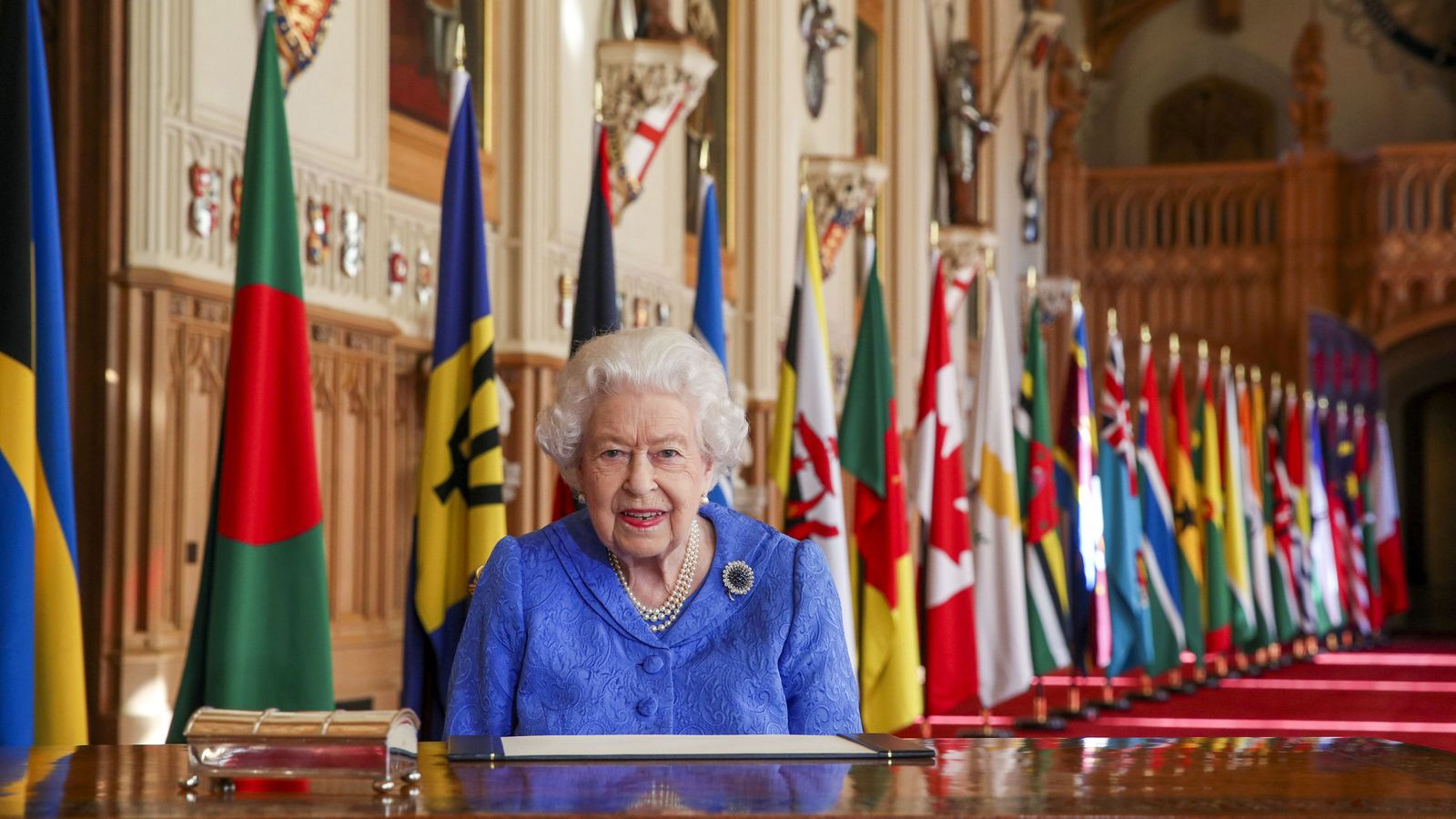 The Queen has delivered a message of unity and collaboration with the Commonwealth just hours before the Duke and Duchess of Sussex’s tell-all interview with Oprah Winfrey was broadcast.

Her Majesty’s audio message, recorded at Windsor Castle, was played in a special programme ahead of Commonwealth Day today.

As Harry and Meghan pulled back the curtain on their experiences of life inside the monarchy, the Queen, who is head of the Commonwealth, used her address to highlight the “friendship, spirit of unity and achievements” around the world and the benefits of working together to fight the pandemic.

“The testing times experienced by so many have led to a deeper appreciation of the mutual support and spiritual sustenance we enjoy by being connected to others,” she said.

Focusing on the global impact of the coronavirus pandemic, the monarch spoke of using technology that “transcends boundaries or division” and how there has been a “deeper appreciation” of the need to connect to others during the COVID-19 crisis.

She also praised the “selfless dedication to duty” seen across the Commonwealth, particularly on the front line.

Senior royals including the Prince of Wales, the Duchess of Cornwall, the Duke and Duchess of Cambridge and the Countess of Wessex also took part in the special BBC One programme to mark Commonwealth Day.

Buckingham Palace has so far not commented on the Oprah interview and Sky News understands it will take something extreme for them to change that line.

Last week the palace was forced to launch an internal investigation after allegations of bullying were made by some of Meghan’s former staff – allegations she denies.

The claims were believed to be a result of former staff being unhappy at how Harry and Meghan would portray palace life.

In the interview, Meghan accused The Firm – as the royal family is sometimes known – of “perpetuating falsehoods” and said she now feels liberated to make her own choices.

She also made claims of racism, saying that when she was pregnant with son Archie, an unnamed member of the royal family raised “concerns and conversations about how dark his skin might be when he’s born”.

Image: The Duke and Duchess of Cambridge during their virtual engagement Image: HRH The Prince of Wales speaks to the Commonwealth from Westminster Abbey. Pic: Westminster Abbey/Picture Partnership

Harry and Meghan were accused of being disrespectful to the monarch’s own life of duty when their permanent departure from royal duties was finalised two weeks ago. Then, the couple released a statement saying: “We can all live a life of service. Service is universal.”

The Queen’s message, pre-recorded at Windsor, was accompanied by new footage of Her Majesty filmed last week at the castle, where she has been staying in lockdown.

The monarch, dressed in a blue dress and jacket, is seen walking through St George’s Hall, which was lined with Commonwealth flags.

Alongside her, but socially distanced, are her master of the household, Vice Admiral Sir Tony Johnstone-Burt, and her assistant private secretary, Matthew Magee. Both form part of the Queen’s HMS Bubble of reduced staff.

The Queen then sits at a desk in the middle of the hall and signs her Commonwealth Day message.

On her jacket is the sapphire chrysanthemum brooch which she wore in a photograph to mark her 73rd wedding anniversary with Philip in November.