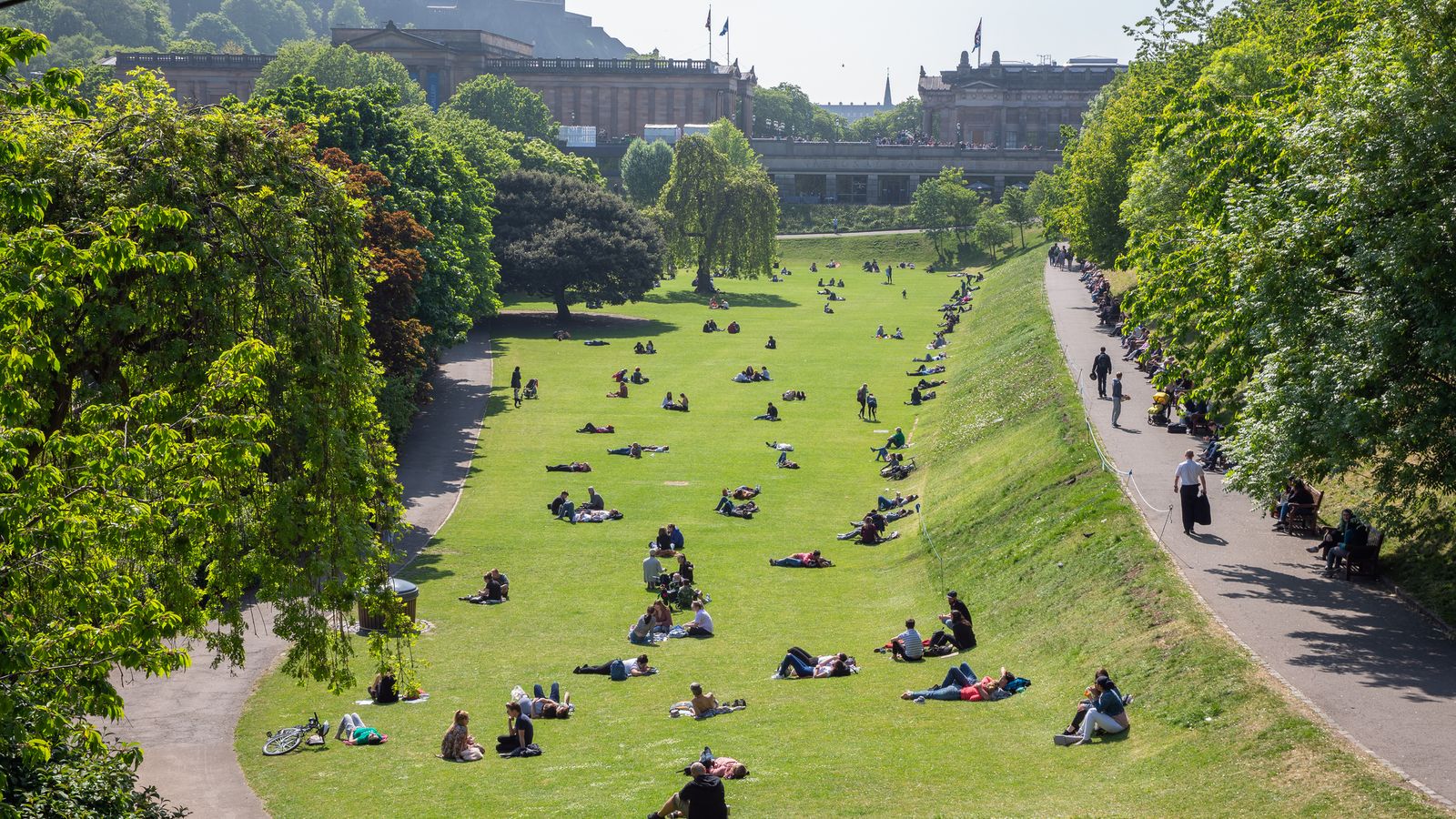 Four people from two households will be able to meet outdoors in Scotland from Friday, Nicola Sturgeon has announced.

Speaking to the Scottish parliament, the first minister said the next step in the easing of Scotland’s lockdown would now happen three days sooner than planned.

Ms Sturgeon had previously aimed to relax the rules on outdoor mixing on 15 March, but she has now sped up that timetable as she noted how meeting outdoors “can be hugely beneficial for our wellbeing”.

Meetings of groups of four from two households will be allowed to happen locally in any outdoor space, including in private gardens, while people should only go indoors if it is essential to reach a back garden, or go to the toilet.

• Communal worship in Scotland will restart from 26 March, with a limit of 50 people at services, should progress in suppressing COVID-19 continue. A final decision will be taken on 23 March ahead of Passover, Easter, Ramadan and Vaisakhi.

Ms Sturgeon told MSPs that “strong grounds for hope” had been provided by a “significant” fall in new cases in recent weeks, along with falling numbers of deaths and hospital admissions.

She said the changes to restrictions were “modest” but “important”, adding: “They will, I hope, help people’s health and wellbeing, by enabling group exercise, and allowing for a bit more social interaction.

“They will also I hope let children see more of their friends, and exercise and play a bit more normally.

“And they should provide some comfort for faith groups.”

The first minister also looked forward to a “very significant acceleration” in the COVID vaccination programme in Scotland from the middle of this month as supplies increase.

Almost 40% of Scotland’s adult population has now received a first vaccine dose, Ms Sturgeon said, with those aged between 50 to 59 now being invited to receive a jab.

She added there was “increasing confidence that as more and more people acquire some protection through vaccination, we will be able to ease restrictions while still keeping the R number below 1”.

But Ms Sturgeon warned she could “not afford to take our foot off the brake too soon” as she revealed how a possible – albeit unconfirmed – further case of the P1 variant of coronavirus, first found in Brazil, had been identified in Scotland.

“It involves an individual who travelled to Scotland from Rio de Janeiro, via Paris, and arrived on 19 February,” she said.

“The individual followed all the procedures for managed self-isolation, and we currently have no reason to believe that this case presents any risk to the wider community.

“However we are of course continuing to undertake all necessary follow-up work.”

“I really don’t care about the colour of the shirt – my comments on these matters are in no way partisan,” she said.

“I said some harsh things about Celtic’s decisions at the start of this year.

“And, as far as I am concerned in this case, Rangers Football Club could have done more to help avoid this situation arising at the weekend.

“The fact is that elite sport is being allowed to continue just now so that fans – deprived like all of us of so much else in life right now – can continue to watch and support their teams.

“It would be deeply unfair if a minority spoil that for the majority, and I very much hope that will not be the case.

“But given the fragility of the situation we face right now, we cannot simply turn a blind eye to what happened at the weekend and we won’t.”

Ms Sturgeon added the Scottish government would be having further talks with football authorities and clubs this week and would report back ahead of the Celtic v Rangers game on 21 March.