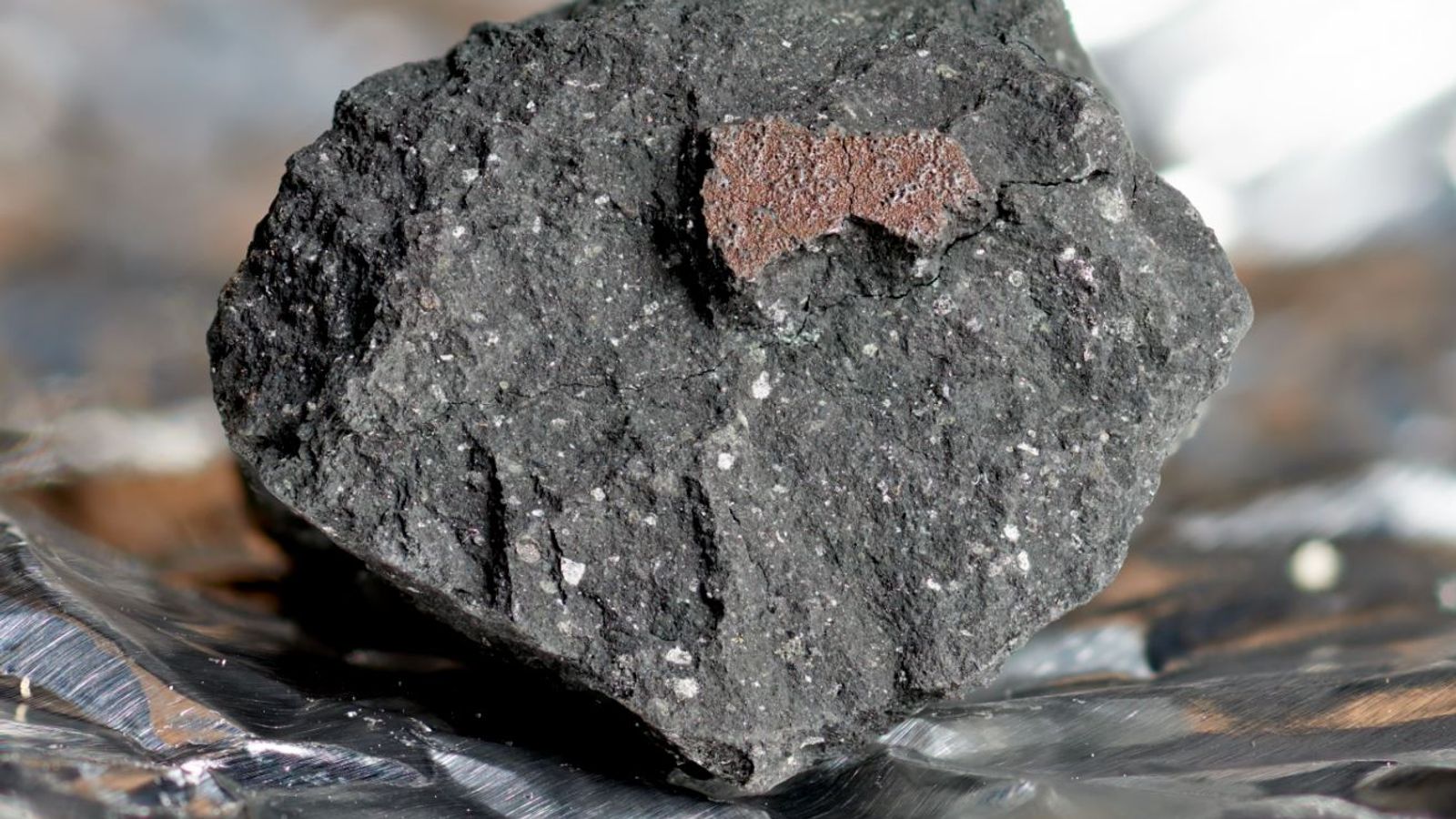 The first pieces of meteorite to be found in the UK for three decades have been discovered in a village in the Cotswolds.

Scientists have described the find as “incredibly exciting” and confirmed that the rocks found scattered around the town are pieces of a very rare type of meteorite, the first of its kind to ever be found in the UK.

The discovery was made after a fireball meteor was seen shooting through the night sky across the UK and parts of northern Europe on Sunday 28 February.

Experts studied videos that were captured of the fireball and estimated if meteorites had fallen to earth their likely landing zone was an area north of Cheltenham in Gloucestershire.

Residents were urged to check their gardens and neighbourhoods. Scientists received a call from a family who had heard a thud in the night on their driveway, and gone out to discover a pile of black, powdery rock.

Image: The remains of a meteorite were found on a driveway Pic: UKMON

Dr Ashley King, a fellow at the department of Earth Sciences at the Natural History Museum, was among those who travelled to recover it so it could be carefully analysed and confirmed as a meteorite.

“I’m absolutely stunned to be honest and it really hasn’t sunk in at all,” Dr King told Sky News.

“I always hoped that we would get maybe one meteorite fall in my lifetime that I’d have the opportunity to go and look for.

As more calls and photos of possible meteorite sightings were received from around Winchcombe, teams of scientists went to the area to search themselves.

Lachlan Bond is staying at his parents’ farm, and hadn’t heard about the possibility that meteorites may have fallen there.

“We actually found out by the scientists knocking on the door asking if they could look on our land,” he says.

Within an hour, the experts had found a small, shiny black rock.

“I went down, saw the little crater that it had created and I even got to hold it.

“It’s something that’s very special and if it gives us a little glimpse into history then that’ll be a wonderful thing to be able to say that it happened on our land.”

Meteorites are incredibly old – their age of about 4.56 billion years is much older than any rock from the Earth.

Almost all these “space rocks” have been blasted off asteroids, and travel for many thousands of years through space before being captured – usually by the sun, but occasionally by earth. They travel through the atmosphere, sometimes – like the one that fell in Gloucestershire – producing a bright fireball before crashing to the ground.

The last time a meteorite was discovered in the UK was in 1991, when a rock fell into a garden at Glatton near Peterborough, while the home owner Arthur Pettifor was gardening.

Thirty years on people in Winchcombe are being told not to stop the search yet. In fact, scientists believe it’s likely there are more pieces of meteorite still out there to be found.

University students in England can return home over Easter