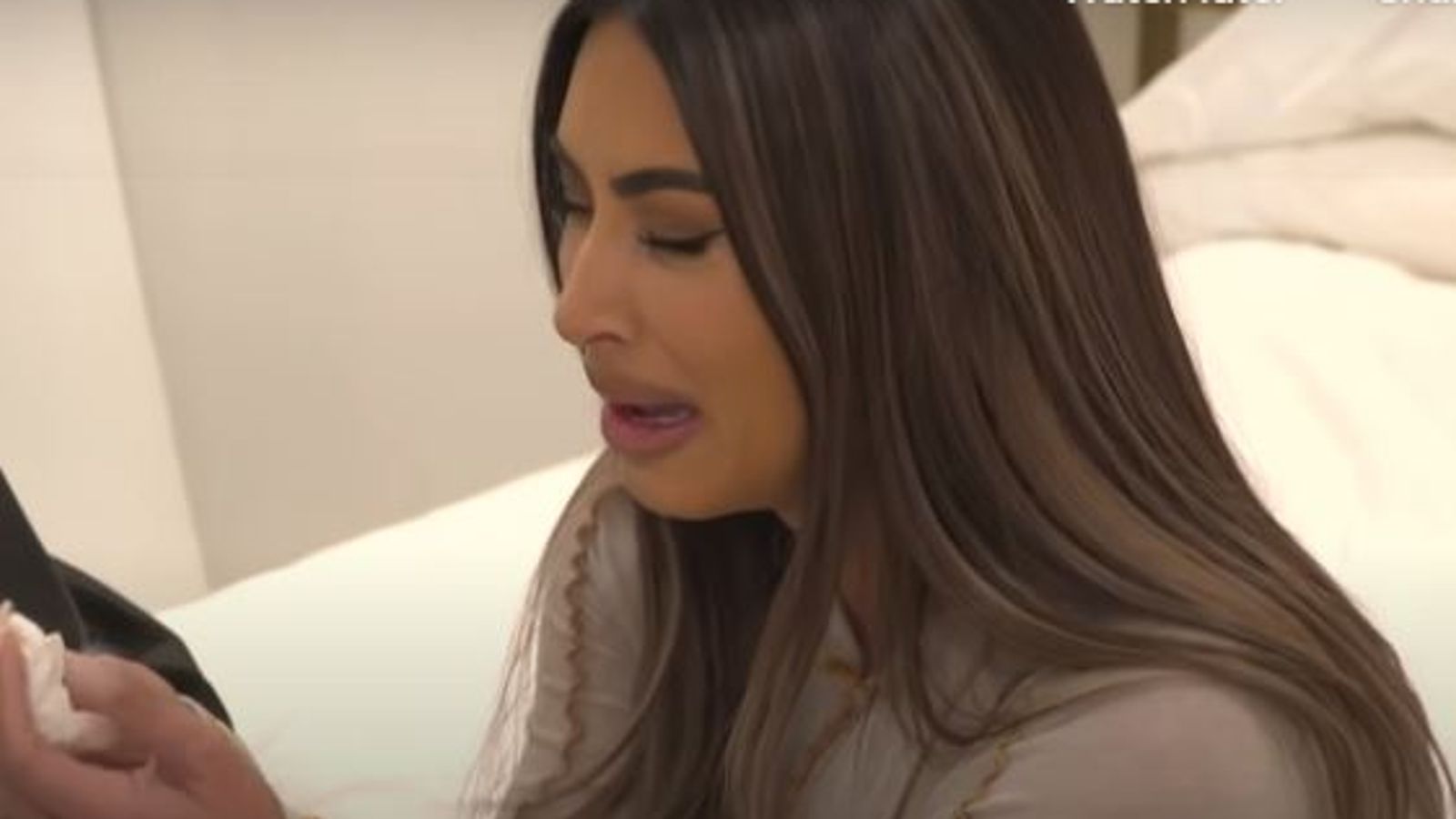 Kim Kardashian West, who filed for divorce from Kanye West last month, breaks down in tears in a teaser for the final series of her family’s reality TV show.

The star is seen sobbing in the Keeping Up With The Kardashians trailer as she says: “I feel like a f****** loser.”

The 20th and final season will start airing in the US later this month.

Kardashian West said: “For the past 14 years, our family has invited cameras inside our homes to document our most personal moments.

“We have shared the ordinary and extraordinary, our triumphs and our tragedies.

“Now we are upon our 20th season and still have so much more of our journey to share.”

Kardashian West and her musician husband have four children together – North, Saint, Chicago and Psalm – but are separating after nearly seven years of marriage.

Divorce papers were filed on 19 February although the grounds for the split are not known.

TMZ said sources called the divorce “amicable”, saying Kardashian West is asking for joint legal and physical custody of the couple’s four children, which West is “fine” with.

Elsewhere in the clip, supermodel Kendall Jenner – the only one of the five sisters who is not a mother – reveals she is keen to start a family.

And another of the Kardashians has babies on the brain. The trailer shows Khloe and her professional basketball player boyfriend Tristan Thompson discussing surrogacy as they explore having a second child.

Kardashian West and Kris Jenner are shown crying again when they tell the production crew that shooting will end after this season.