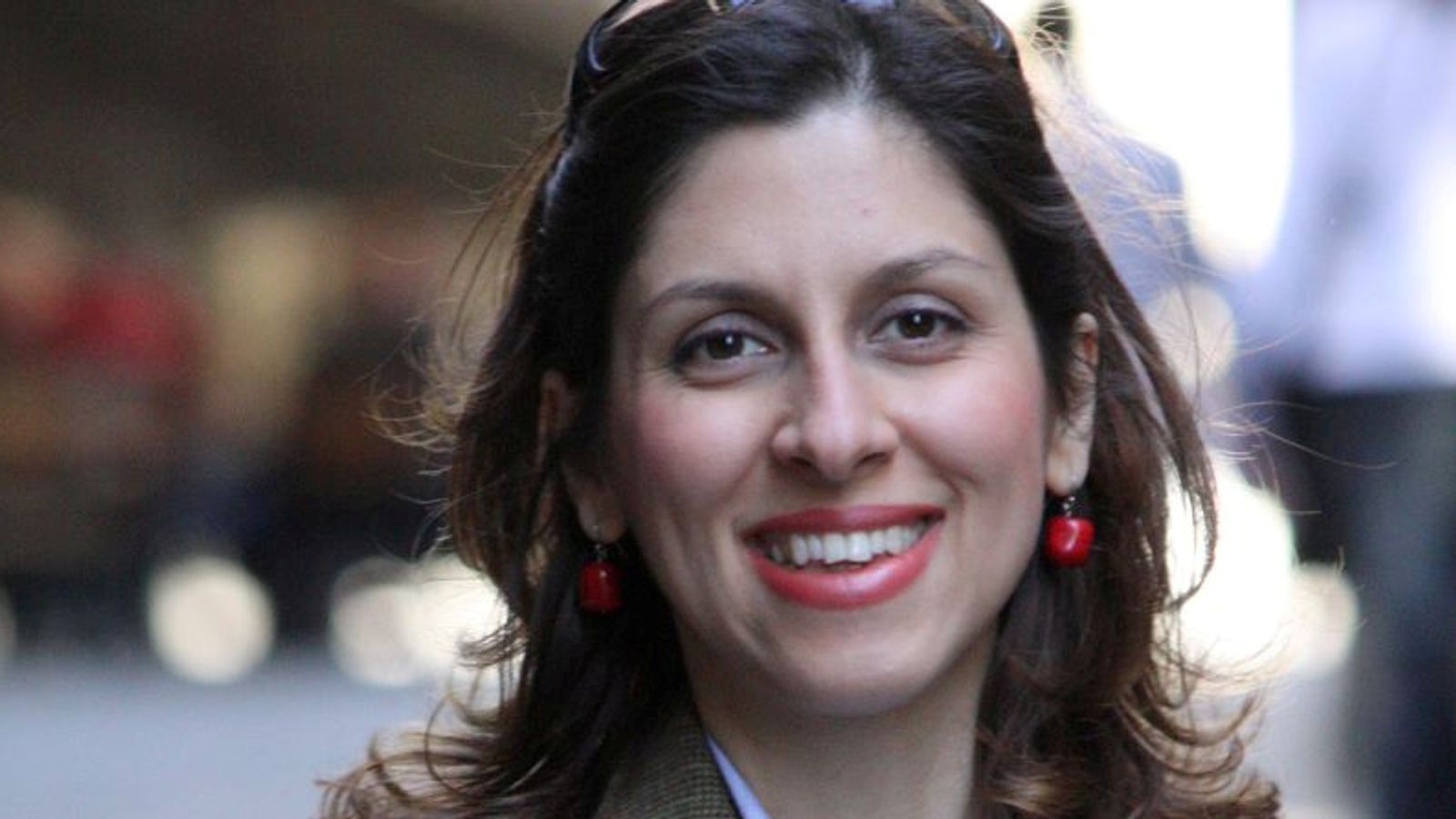 Boris Johnson has demanded the “immediate release” of Nazanin Zaghari-Ratcliffe in a phone call with Iran’s president.

Ms Zaghari-Ratcliffe was released from house arrest and had her ankle tag removed at the weekend after a five-year prison term expired.

But she could face further charges and has been unable to return to the UK to be reunited with her husband and young daughter.

Image: Boris Johnson and Hassan Rouhani met in person at the UN General Assembly in 2019

In a phone call with Hassan Rouhani on Wednesday afternoon, the prime minister told Iran’s president that the treatment of Ms Zaghari-Ratcliffe was “completely unacceptable”.

Mr Johnson demanded the former aid worker’s “immediate release”, as well as that of other British-Iranian dual nationals detained in Iran.

A Downing Street spokesperson said: “He said that while the removal of Nazanin Zaghari-Ratcliffe’s ankle monitor was welcome, her continued confinement remains completely unacceptable and she must be allowed to return to her family in the UK.”

How long has Ms Zaghari-Ratcliffe been held in Iran?

MsZaghari-Ratcliffe was arrested at Tehran airport while taking her infant daughter to see her parents in April 2016.

The 42-year-old was later jailed over disputed allegations she was plotting to overthrow Iran’s government.

Her husband Richard Ratcliffe, accompanied by the couple’s six-year-old daughter Gabriella, attended a vigil outside the Iranian embassy in Knightsbridge, central London, on Monday.

There is nervousness among Ms Zaghari-Ratcliffe’s family over the announcement of a new court date next Sunday – in front of the same judge who sentenced her last time.

They are uncertain if it will just be a formality to return her passport, or whether a new sentence will be handed down.

Nazanin warned of ‘another conviction’

“We don’t know and I think there’s a few more sleepless nights ahead of us,” her sister-in-law, Rebecca Ratcliffe, told Sky News at the weekend.

Ms Zaghari-Ratcliffe was allowed to move to her parents’ home a year ago due to the coronavirus threat in prison.

She was under house arrest and had been wearing a tracker tag that limited her to 300m (984ft) from their Tehran flat.

Why has she not yet been allowed to return to the UK?

Ms Zaghari-Ratcliffe has had the ankle tag removed and can now move around, as long as she does not leave Iran.

It has been suggested she is continuing to be held in the country as part of decades of wrangling linked to a £400m tank deal.

What else did the PM and Mr Rouhani talk about?

Mr Johnson and Mr Rouhani were also said to have discussed the Iran nuclear deal, which new US President Joe Biden has said he wants to restore after his predecessor Donald Trump withdrew from the agreement in 2018.

“The prime minister also stressed that while the UK remains committed to making the Iran nuclear deal a success, Iran must stop all its nuclear activity that breaches the terms of the JCPoA [Joint Comprehensive Plan of Action] and come back into compliance,” the spokesperson added.

“He stressed the importance of Iran seizing the opportunity presented by the United States’ willingness to return to the deal if Iran comes back into compliance.

“The prime minister underlined the need for Iran to cease wider destabilising activity and be a positive force in the Gulf region.”