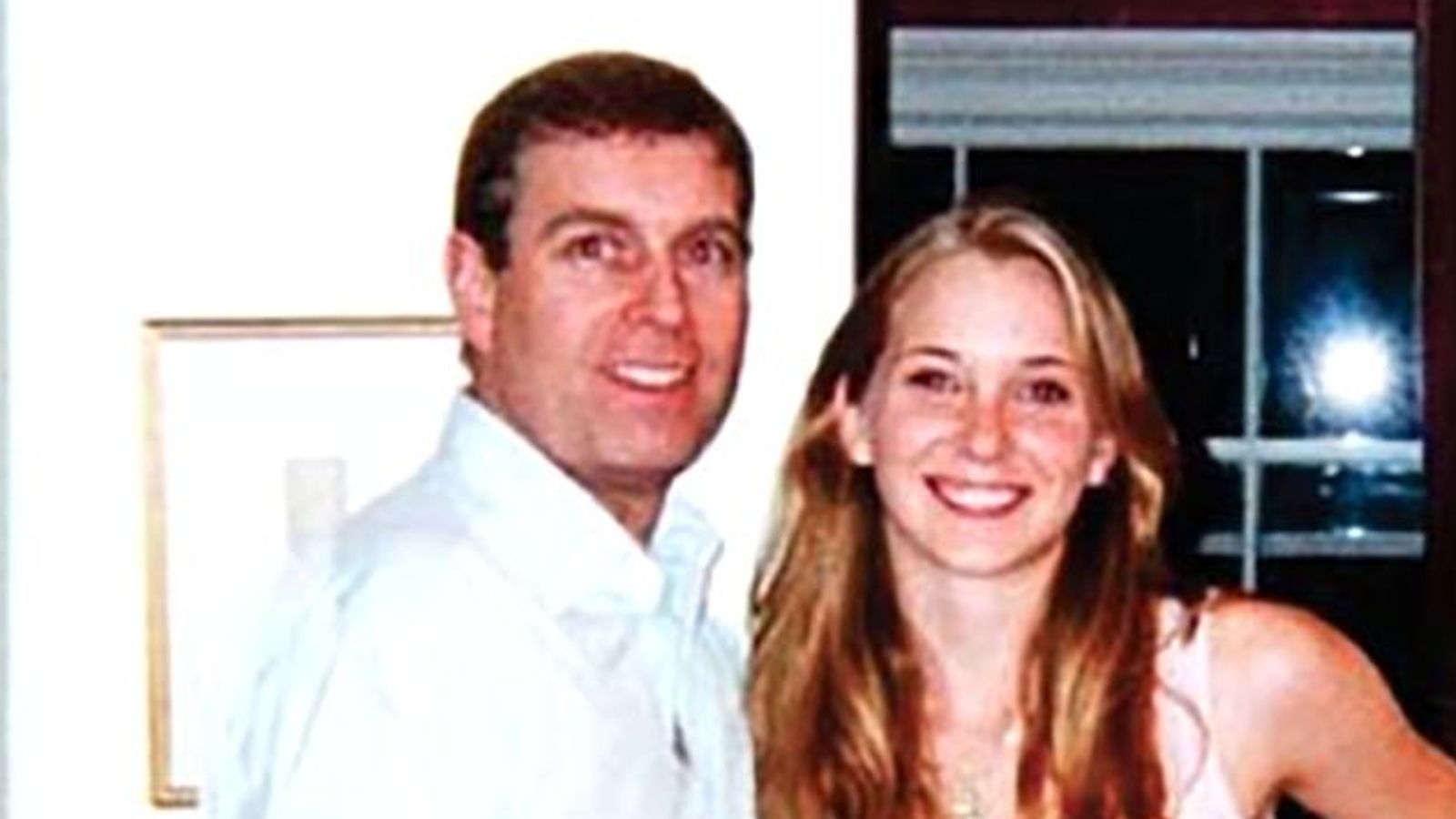 Ghislaine Maxwell’s brother Ian says he recognises the setting of a well-known photograph showing Prince Andrew next to Virginia Giuffre.

The picture is said to have been taken in the British socialite’s home in Mayfair and in the image the Duke of York has his arm around Ms Giuffre, believed to be aged 17 at the time, while Ms Maxwell is stood behind them.

Ms Giuffre, who claims she was trafficked by convicted sex offender Jeffrey Epstein, alleges Andrew had sex with her on three separate occasions.

The prince has categorically denied he has had any form of sexual contact or relationship with Ms Giuffre, formerly known as Virginia Roberts.

Image: The duke has categorically denied he has had any form of sexual contact or relationship with Ms Giuffre

Ms Maxwell, 59, is currently in a New York jail awaiting trial on charges she allegedly recruited three teenage girls for her former boyfriend Epstein to sexually abuse between 1994 and 1997.

In an interview with Newsnight in 2019, Andrew said while he recognises himself in the picture with Ms Giuffre, he claimed it is not possible to prove whether the image had been faked.

The duke said he has “no recollection” of meeting Ms Giuffre, adding he is “not one to hug” or “display affection” in public.

Speaking on Radio 4’s Today programme on Wednesday, Ian Maxwell said: “I don’t know anything about the photograph other than that I’ve seen it’s been published.”

He was then asked: “But do you recognise the setting of that? Was it taken in Ghislaine’s house in London?”

Mr Maxwell replied: “I do recognise that setting.”

Ghislaine Maxwell has previously cast doubt on the authenticity of the photo. She said the surroundings looked “familiar”, but also said: “We can’t really establish the photograph and all that,” adding: “I don’t know if that’s true, if that’s a real picture or not.”

Ms Giuffre has insisted to the Panorama programme the image was “authentic” and said she gave the original to the FBI in 2011.

Image: Ian Maxwell (right) and his brother Kevin in 1996

Ian Maxwell was asked if his sister still considers Andrew a friend, and he said: “I don’t know. I would assume that she does, yes.”

Mr Maxwell said his sister is in effective “isolation” in jail and is under 24-hour surveillance with 10 cameras.

He said she was in a 6x9ft cell with “no natural light”.

He insisted she is not a suicide risk and described how she is being dealt with in prison as “a grotesque overreaction”.

Mr Maxwell said her sister is “resolute”, “strong in her spirit” and “undaunted” but it was “very waring physically” for her.

“We understand she is losing her hair,” he said, and she was having trouble with her eyesight and her ability to concentrate because of the “tremendous pressure”.

Ms Giuffre has alleged Ms Maxwell recruited her at the age of 17 to be sexually abused from 1999 to 2002.

Ms Maxwell denies all the allegations she is facing.

Epstein was 66 when he killed himself in jail in New York in August 2019 while awaiting trial on sex-trafficking charges.