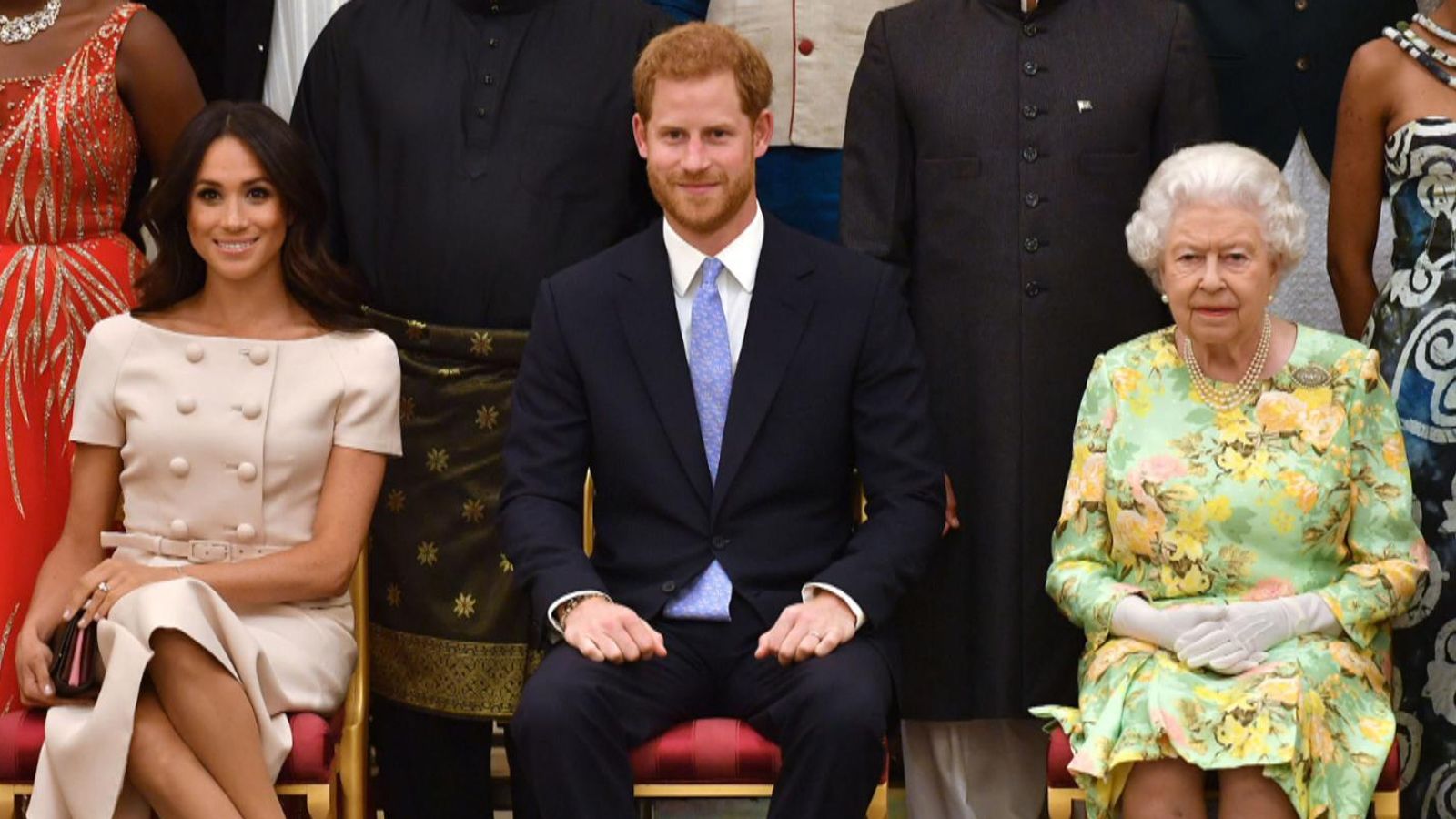 Be in no doubt, ever since the Oprah interview was broadcast, senior courtiers and senior members of the Royal Family would have been deciding how to respond.

The allegations are too toxic and potentially too damaging to ignore.

In the end, the response came in the form of a rare public statement on this family matter, issued by the woman that Harry and Meghan had tried not to criticise and tried to keep out of this.

The Queen, in three short paragraphs, with three mentions of the world family, used a personal tone to attempt to shut down the public debate.

Image: The Queen released a statement in response to the allegations

The words were chosen very carefully. Not downplaying the seriousness of the issues raised, especially that of race, but it was short on detail and made very clear that this was ultimately a private family matter.

But will that lack of concrete information be a problem for the Royal Family?

Over many years they have attended events, supported charities and given speeches highlighting issues around diversity, equality, inclusion and mental health.

Will the questions that remain over the claims made by the Sussexes hamper that work?

The questions over who said what, who knew what, and if anyone could have done more to address the issues of discrimination and a lack of support that the Sussexes claim were at play.

Then you read what I’d describe as the most telling line in Her Majesty’s statement. “Recollections may vary” she says.

So subtle and tactful but making it deliberately clear that not everyone in the Palace agrees with Harry and Meghan’s description of events.

But the Queen is not going to feed the media circus by giving anymore than that, she will not stoop to public point scoring against the Sussexes.

The fact a statement was even released is a sign that the Palace realised a dignified silence wasn’t going to shut this down.

After nearly three weeks of dealing with the hype, the revelations and the fall out from the Sussexes decision to break ranks and give this tell all interview, Her Majesty is attempting to regain control just as she did when Harry and Meghan first announced they wanted to step back.

She has again signalled her intention to deal with this in the way she’s dealt with countless other family crises, and that is very much behind closed doors.

We wait to see if that strategy pays off after Meghan and Harry have clearly shown they no longer feel like they have to play by the traditional rules.