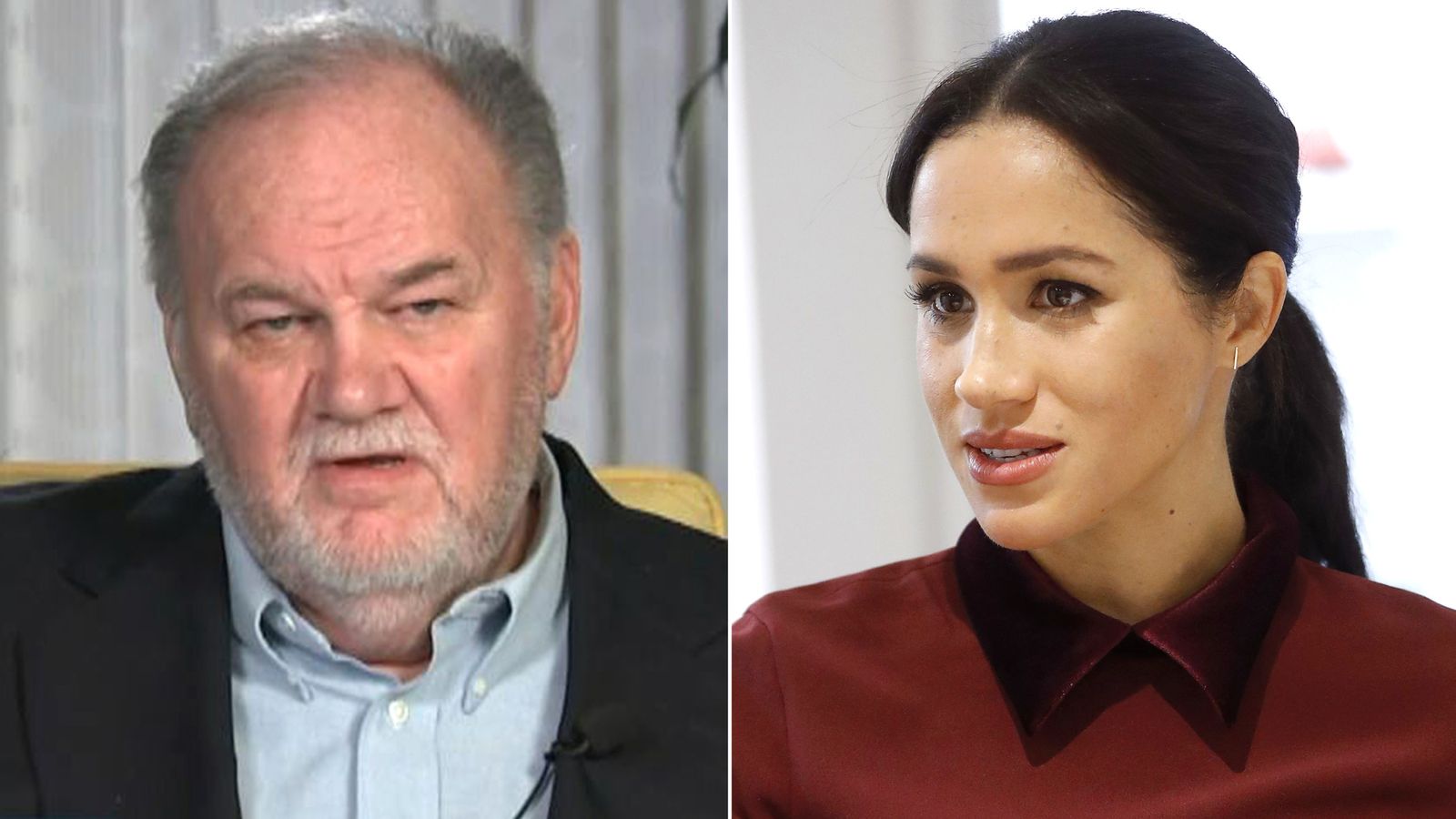 Allegations concerns were raised by a royal household member over the skin colour of the Duchess of Sussex’s son Archie could have been “just a dumb question”, her father has said.

Speaking to Good Morning Britain, 76-year-old Thomas Markle said: “I’m guessing and hoping it’s just a dumb question from somebody. It could be that simple, that someone has asked a stupid question rather than being a total racist.”

He said the allegation should be investigated but that it could “just be a stupid question from someone”.

He also criticised his son-in-law and daughter’s interview being broadcast while Prince Philip is still in hospital.

“They went way over the top with it, these stories with Oprah, and should have waited,” he said.

“Considering the Queen’s age and Philip’s age, they certainly should have waited or tried to wait.”

Meghan has not spoken to her father for years and he has never met Prince Harry or his 22-month-old grandson Archie.

Thomas Markle told of his regret at staging paparazzi photographs ahead of Meghan and Harry’s wedding in 2018.

“I wish I hadn’t done the whole thing,” he said.

“But here’s the other side of the coin. No one took any time to protect any member of our family. We were attacked by the press every day.”

He continued: “Nobody was there to care for us, nobody looked after us.”

Asked about Meghan’s suicidal thoughts while she was pregnant he said: “I love my daughter very much. Had I known she was having psychological problems, I would have been there for her.

“Biggest problem here is she has pretty much ghosted all of her family on her mother’s side and my side, so she really had no-one to reach out to.”

Host Susanna Reid responded that Meghan had told Winfrey that Harry had “cradled” and comforted her.

What the couple told Oprah

During the emotional interview with Oprah asked Meghan if it felt like a “betrayal” when she found out her father Thomas Markle was “working with the tabloids”.

Meghan explained how she had asked her father if it was true and he was unable to admit it to her.

“I look at Archie, I think about this child, and I genuinely can’t imagine doing anything to intentionally cause pain to my child. I can’t imagine it, so it’s hard for me to reconcile that,” she said.

“They (tabloids) hunted my mum down and you’ve never heard her say a word.”

Reaction to the interview

Harry and Meghan have received support from a range of celebrities and charitable organisations.

Hugh Jackman, Little Mix’s Leigh-Anne Pinnock and Gareth Thomas are among those who have praised their strength in speaking out.

Buckingham Palace has not yet commented on any of the allegations raised by the couple.

What does the UK public think?

A new YouGov poll, carried out before the show was aired in full on British television, asked people whether they thought the interview was appropriate or inappropriate.