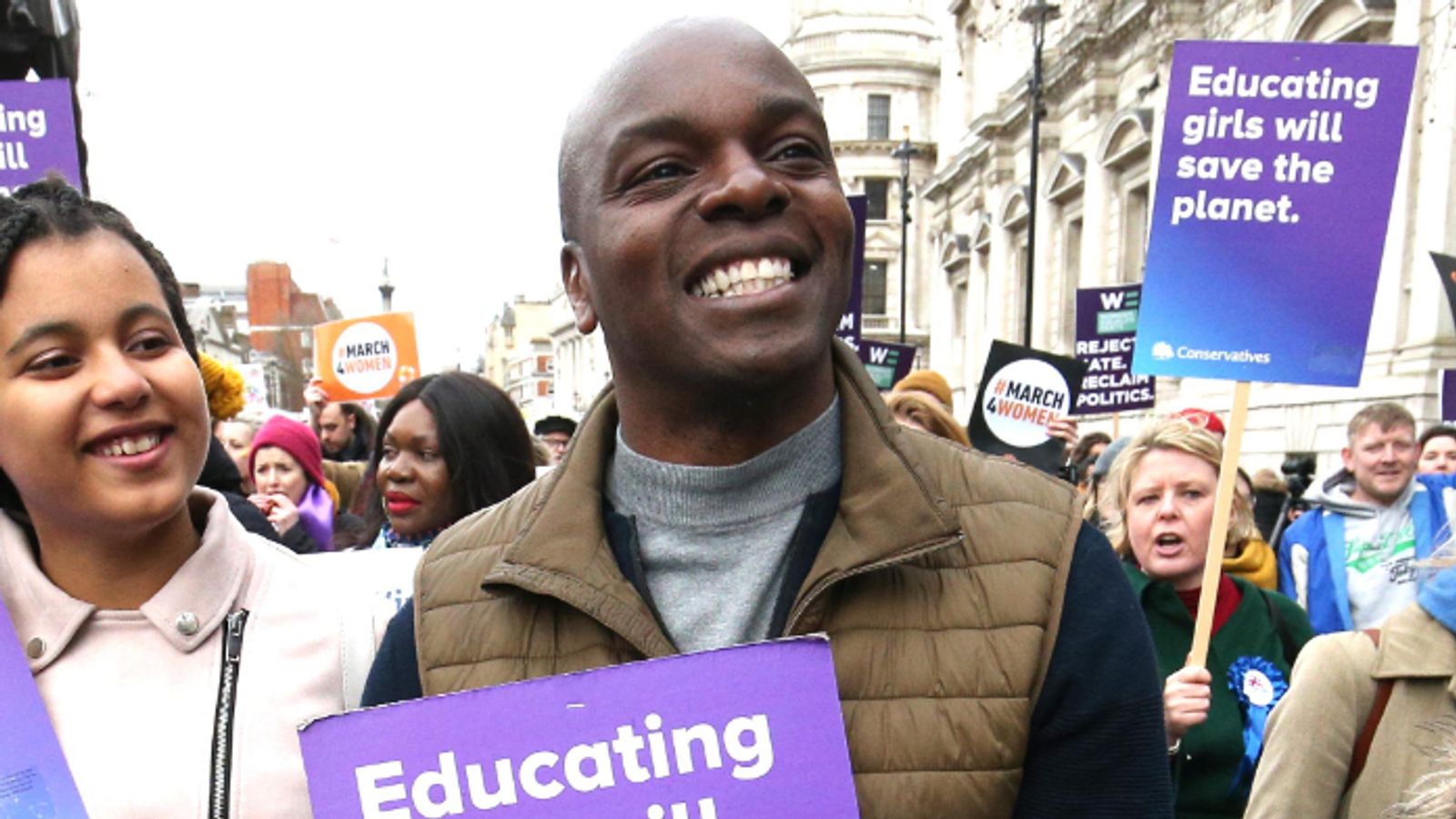 The Conservative candidate for London mayor has been branded “utterly shameless” and “totally vile” for “politicising” the disappearance of Sarah Everard.

Shaun Bailey, the Tory hopeful in May’s election, has been accused of using the investigation into the missing 33-year-old for political gain.

The marketing executive vanished while walking home to Brixton, south London, from a friend’s house in Clapham on 3 March.

As a father and husband it breaks me to think that my wife and daughter have to live in fear in their own city.

It doesn’t have to be this way.

As Mayor, I‘ll ensure that we are working to deliver for the safety of women and girls in London.https://t.co/aVf2Clabt1

On Wednesday, a police officer held in connection with Ms Everard’s disappearance was arrested on suspicion of murder.

Minutes before the latest news in the case, Mr Bailey posted on Twitter: “As a father and husband it breaks me to think that my wife and daughter have to live in fear in their own city.

“It doesn’t have to be this way.

“As Mayor, I’ll ensure that we are working to deliver for the safety of women and girls in London.”

He also shared a link to a news article about Ms Everard’s case.

The Conservative politician was immediately criticised for his tweet, with Liberal Democrat mayoral candidate Luisa Poritt posting: “I find it utterly grotesque that @ShaunBaileyUK is politicising the disappearance of a young woman.

“Her disappearance has nothing to do with his campaign and he should apologise immediately.

“My thoughts are with Sarah Everard and her loved ones today.”

Catherine West, Labour MP for Hornsey and Wood Green, said: “This is really not the time for cheap, political point scoring.

“All our thoughts should be with Sarah, her family and friends at this unimaginably difficult time.”

Dr Rosena Allin-Khan, Labour MP for Tooting, said: “The Conservative candidate for London Mayor is politicising an active investigation into the disappearance of a young woman.

“Every thought and effort needs to be in finding Sarah and supporting her family at this very difficult time.”

And Charlotte Nichols, Labour MP for Warrington North, said: “I absolutely despise the framing of ‘as a father and a husband’ as though getting married and having children is what it takes for men to consider women and women’s safety as important.

“And to use the Sarah Everard case to make a tweet looking for votes for mayor? Totally vile.”

Sky News has contacted Mr Bailey for a comment.