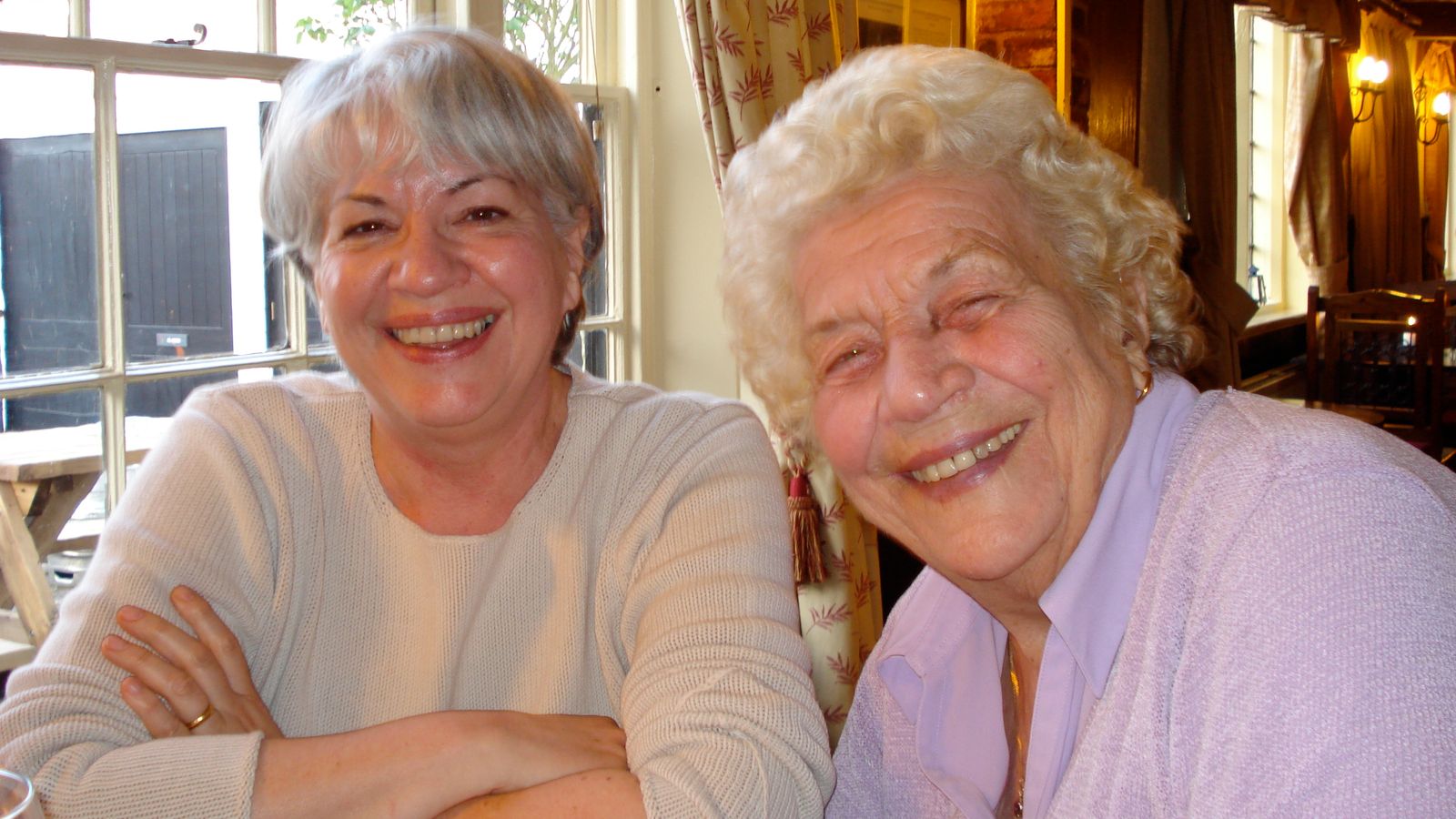 National NHS guidelines on vaccinating elderly hospital inpatients have not changed – more than six weeks after a Sky News investigation revealed many on non-COVID wards were being refused the jab.

When 99-year-old Betty Hilless developed a leg infection in January, she did not want to go to hospital. She was worried about catching COVID.

But her GP suggested it was her best chance for getting a vaccine, so she agreed to be admitted.

Once in hospital, her daughter Jan Maibaum was told inpatients were not being vaccinated.

She said: “I asked about whether she’d been given the vaccine and they said: ‘Oh no, we don’t do that’.

“Then I spoke to somebody else. She went off to check. And she came back and she said: ‘Oh yes that is the policy. I’m really sorry. It’s not a policy we all necessarily agree with’.”

A vaccination may not have saved her life, but the struggle for answers has left her grieving daughter angry

She said: “I am very cross with the fact that my mum did not get the jab. Because if she’d had the jab in late December or early January, she would have had quite a lot of protection by the time she went into hospital.

“It’s awful, really awful, I’m going to miss her so much.”

In January, Sky News identified 13 hospitals where families of vulnerable non-COVID inpatients claimed they were told they would not be vaccinated, despite being eligible.

Only one of the hospitals contested this.

However three of these NHS trusts have since confirmed they are now offering the jab to inpatients.

NHS England said: “Decisions on who to vaccinate and where are made locally between clinician and doctor and in line with JCVI guidance.”

Professor Anthony Harnden, from the Joint Committee on Vaccinations and Immunisations, told Sky News progress had been made but the issue is complex.

He said: “At the point of vaccination people need to be well, and people also need to remember that vaccination effects don’t kick in until two to three weeks after.

“Many of those people will now already have been vaccinated because of the success of the immunisation programme rolling out very quickly.”

Police cautioned against ‘taking the knee’ during protests in new report

Sugar tax: Consumption of sugar from soft drinks falls by 10%