Police cautioned against ‘taking the knee’ during protests in new report 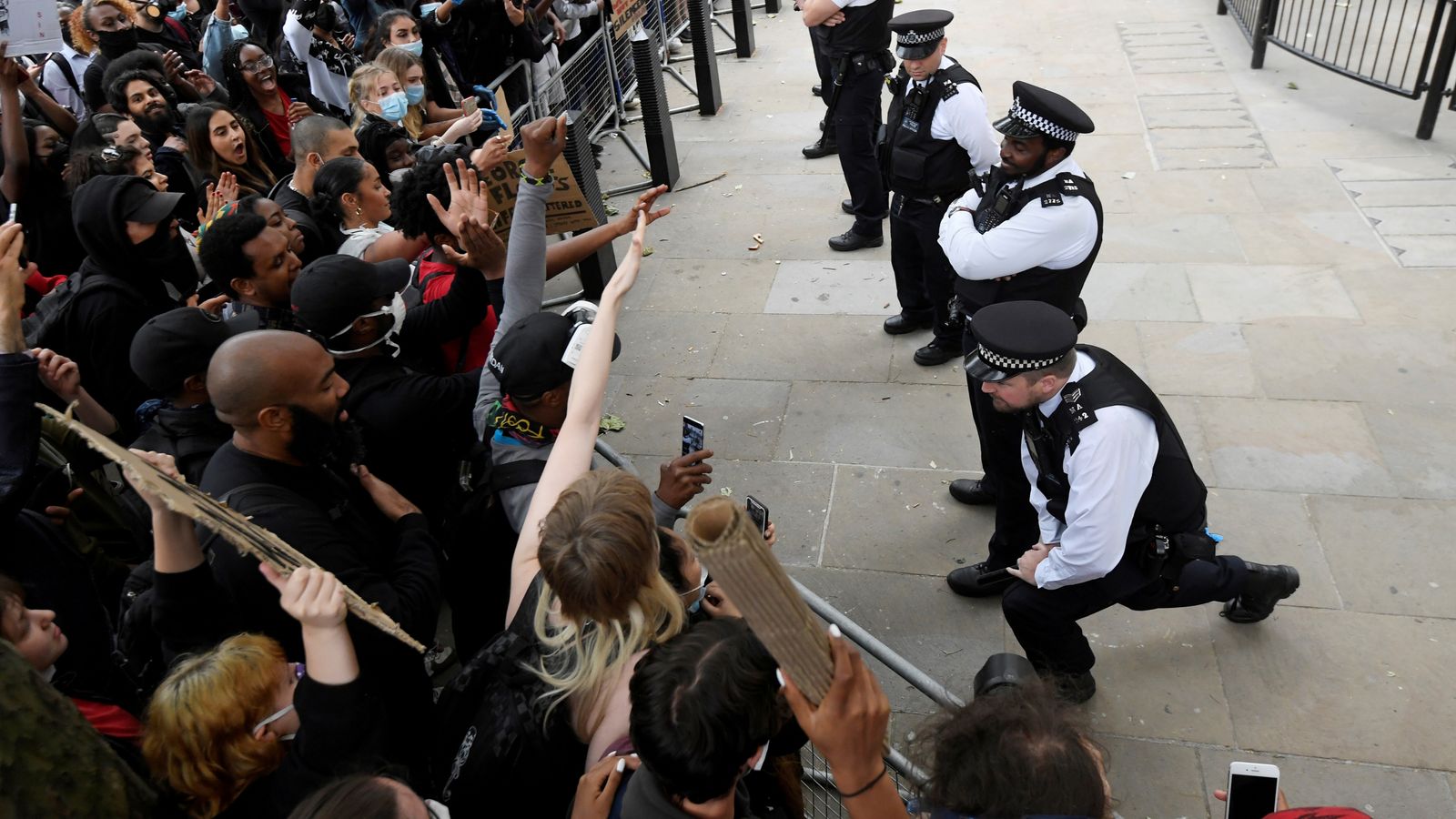 Police officers are being urged to “think very carefully” before “taking the knee” at protests, in a report by the independent police inspectorate.

The warning is just one of the conclusions contained in a wide ranging review of the way in which protests are policed in England and Wales.

The home secretary commissioned Her Majesty’s Inspectorate of Constabulary to carry out the review last September, after a year of multiple high profile protests by groups including Black Lives Matter, far right supporters and climate change campaigners.

The report also recommends police reassess the disruptive impact certain protests can have on the wider community, as part of their policing plans to deal with such demonstrations.

In May and June last year, many thousands of Black Lives Matter protesters mounted weeks of demonstrations in multiple British cities.

The protests were in response to the death of George Floyd, an African-American man, who died in the city of Minneapolis, after a police officer arresting him knelt on his neck.

Although the vast majority of follow-on protests in Britain were peaceful, a significant minority of protesters caused disruption and violence at several demonstrations.

The inspectorate said the job of policing those protests was difficult, with officers often feeling pressured into taking the knee.

National guidance was issued, saying officers should make the decision on whether to kneel based on individual circumstances and security considerations.

The report found: “Most forces followed this guidance, but others issued instructions that taking the knee at protests would not be appropriate.

“We heard of officers making different decisions even within the same protest.. with one case in which some officers chose to take the knee at a protest while another chose not to.

“This officer was then subjected to sustained abuse by the protesters until he followed suit.”

Emphasising the need for impartial policing, the inspectorate said: “On balance, we believe that police leaders should think very carefully before they take any actions which may be interpreted as showing support for, or aversion towards, any protest or its stated aims; it will rarely be appropriate.”

However, the inspectorate added that “It would be unfair to criticise officers who take actions on the spur of the moment with the aim of, for instance, diffusing tension at a protest.”

The report, which runs to more than 150 pages, said police forces are usually good at planning for protests.

But Inspector of Constabulary Matt Parr said: “Having reviewed the evidence, our conclusion is that the police do not strike the right balance on every occasion.

“The balance may tip too readily in favour of protesters when – as is often the case – the police do not accurately assess the level of disruption caused, or likely to be caused, by a protest.

“These and other observations led us to conclude that a modest reset of the scales is needed.”

HMICFRS concluded that, with some qualifications, changes to the law would improve the effectiveness of protest policing, as long as they are applied proportionately and in line with human rights law.