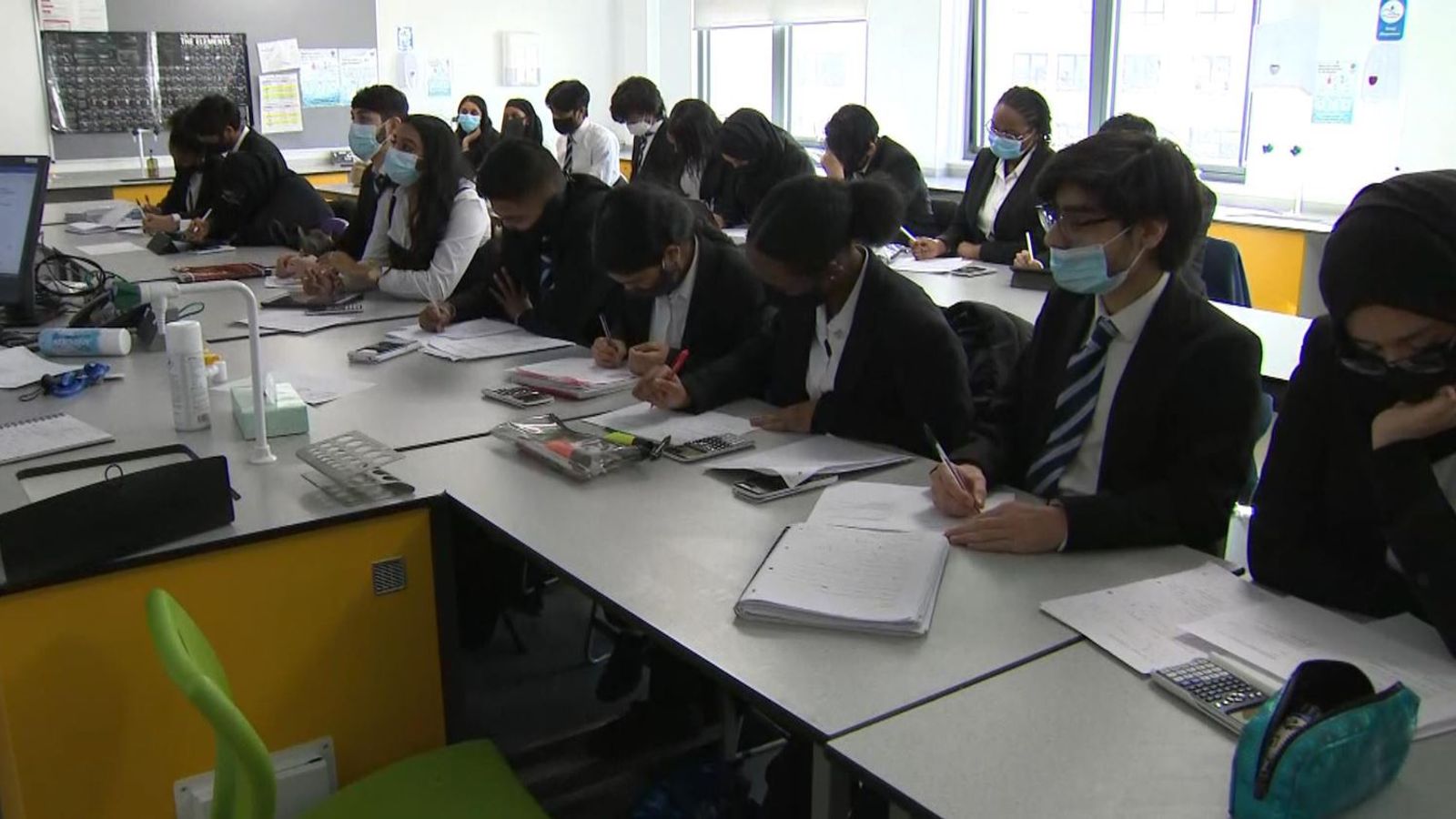 A state school in one of London’s poorest boroughs has beaten Eton with its Oxbridge offers.

Brampton Manor Academy in Newham has a record-breaking 55 students with conditional offers.

The school opened its sixth form in 2012 and has a special Oxbridge programme for the brightest pupils.

Image: Ade Olugboji has an offer to read mathematics and philosophy at Oxford

More than half of students qualify for extra funding, and two-thirds have English as a second language.

Sixth formers are encouraged to work long hours, with a study centre open from 6am until 6pm every day.

A roll of honour board celebrating Oxford and Cambridge University places has already filled up.

Ade Olugboji, 17, has an offer at Oxford to read mathematics and philosophy.

Hard-working and straight-talking, he says this is “something I’ve been aspiring to for a long time”.

Ade wants to inspire younger students, and help them realise “these places are not closed off to us”.

She will be the first in her family to go to university, and describes her offer as a “very big deal”.

“I think it’s something I’ve never seen as attainable, and to be in that position to receive an offer just means so much to me,” she said.

Daniel Harry, 18, has an offer to read law at Cambridge, but he barely believed the email when it arrived after Christmas.

Image: Daniel Harry has an offer to read law at Cambridge

“It was very surreal,” he said. “I guess half my expectation was that I’d get a follow up email saying this has been a mistake, we’re sorry for this.”

Daniel hopes his experience will encourage others. “The fact we’re seeing an increase in state school students and ethnic minorities get offers shows that hard work and talent is truly being recognised,” he said.

Tasnia Tahsin, 17, is hoping to get the grades to study human, social and political sciences at Cambridge.

She was born in Bangladesh and arrived in the UK while at primary school. Like many of her classmates, she speaks English as a second language.

Image: Tasnia Tahsin is hoping to go to Cambridge

“I’m from an ethnic minority background, also from a working class household, and I feel that when you think of Cambridge, that’s not the first image that springs to mind.”

Tasnia says she is proud her offer might inspire people from her community.

“I think it shows to other people who look like me, who come from similar backgrounds to me, that is it achievable,” she said.

“Oxford and Cambridge are not for a set stereotype. If I can do it, anyone can.”

Harry Potter wand among more than 800 showbiz items being auctioned