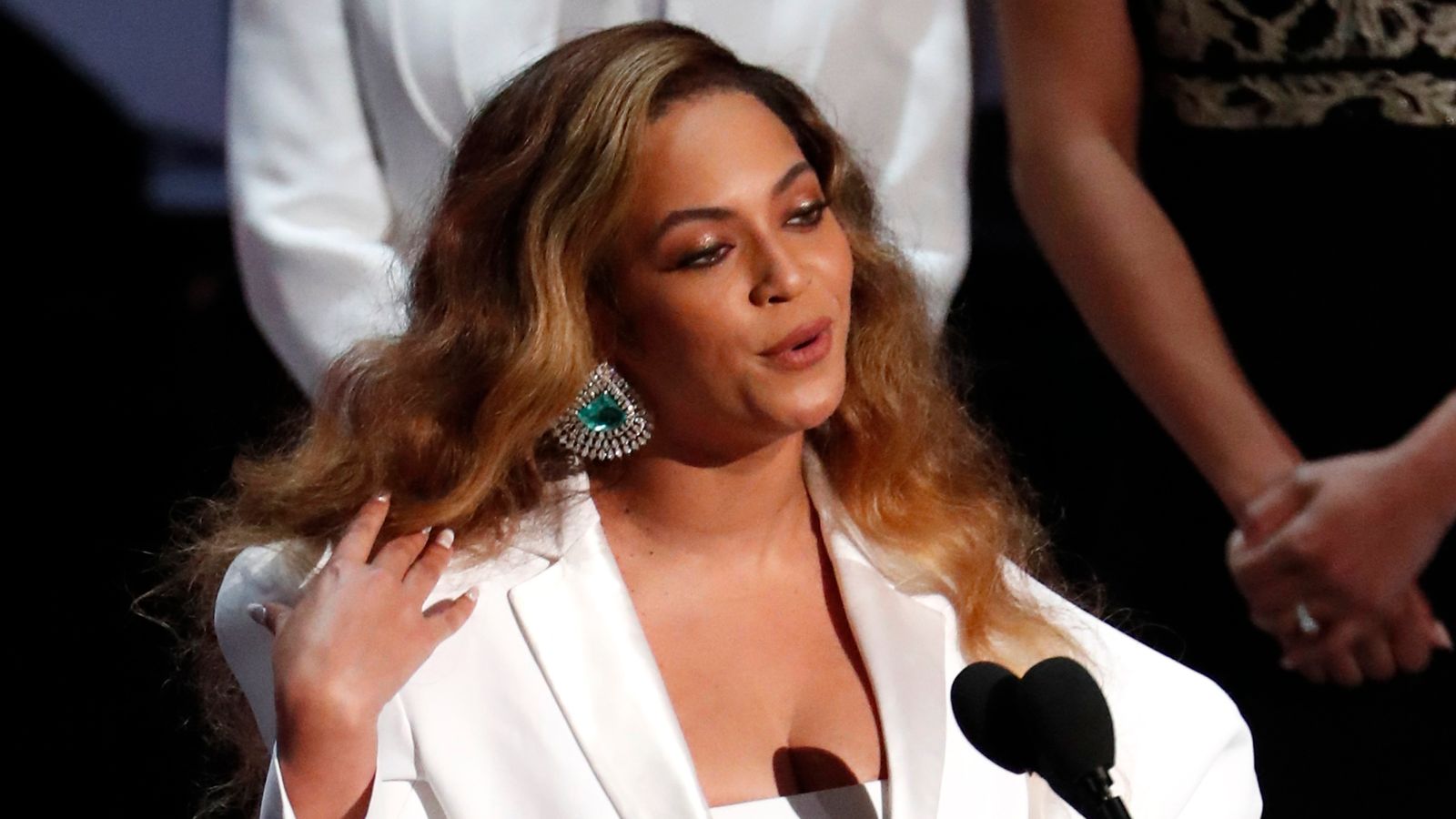 A former Suits co-star of the Duchess of Sussex has led the reaction to Piers Morgan’s departure from Good Morning Britain.

Patrick J Adams used Twitter to hit back at Morgan’s criticism of Meghan, saying there were “plenty of bridges for him to find work under”.

Image: Patrick J Adams did not hold back on Twitter

Cry not for @piersmorgan – there are plenty of bridges for him to find work under. Sincerely, the “jumped up twerp”.

And pop star Beyoncé has posted a message on her website, praising Meghan for her “courage” after the royal’s claims of racism and suicidal thoughts in a TV interview with Oprah Winfrey.

Beyonce wrote: “Thank you Meghan for your courage and leadership. We are all strengthened and inspired by you.”

It comes as MPs are set to push for a Commons debate and possible action on the “hounding” of the Duchess of Sussex by sections of the media.

He wrote: “I have serious concerns about Piers Morgan. I believe he should be in jail, not hosting morning TV.”

Another celebrity tweeting about Morgan was broadcaster Jameela Jamil, who wrote: “I almost killed myself a year ago because of Piers Morgan’s relentless campaign of lies and hatred against me last February.”

But former footballer Gary Lineker posted his support for Morgan, adding that “it’s always sad when someone loses their job” and that he was sure the presenter would “be back on the telly soon”.

I have serious concerns about Piers Morgan

I believe he should be in jail, not hosting morning TV

I have serious concerns about Morgan’s veracity

Could he please sue me ?

Sharon Osbourne used Twitter to tell Morgan “I stand by you” and that “people forget that you’re paid for your opinion and that you’re just speaking your truth”.

Labour’s Holly Lynch, who co-ordinated a letter from 72 female MPs in support of Meghan in 2019, has suggested legislation may ultimately be needed to make the press take responsibility for its coverage of high-profile women.

. @piersmorgan I am with you. I stand by you. People forget that you’re paid for your opinion and that you’re just speaking your truth.

“What we said in that letter was there’s got to be an integrity to the British press, to know when something is in the public interest or when it is just tearing down a woman in public life for no reason,” said the Halifax MP.

She added that “we cannot have a position where a woman in public life finds that she is feeling suicidal because of the relentless nature of the attacks on her and on her character” and ways need to be found “where a woman isn’t hounded in the way that we saw Meghan Markle being hounded”.

She said MPs take freedom of the press seriously, but it “comes with a responsibility to not be engaged in relentless and aggressive bullying of a woman – which is not about accountability, which is about tearing down somebody’s character for no good reason”.

The reaction comes as Morgan today doubled down on his remarks.

Speaking outside his home in London, he said: “If I have to fall on my sword for expressing an honestly-held opinion about Meghan Markle and that diatribe of bilge that she came out with in that interview, so be it.”