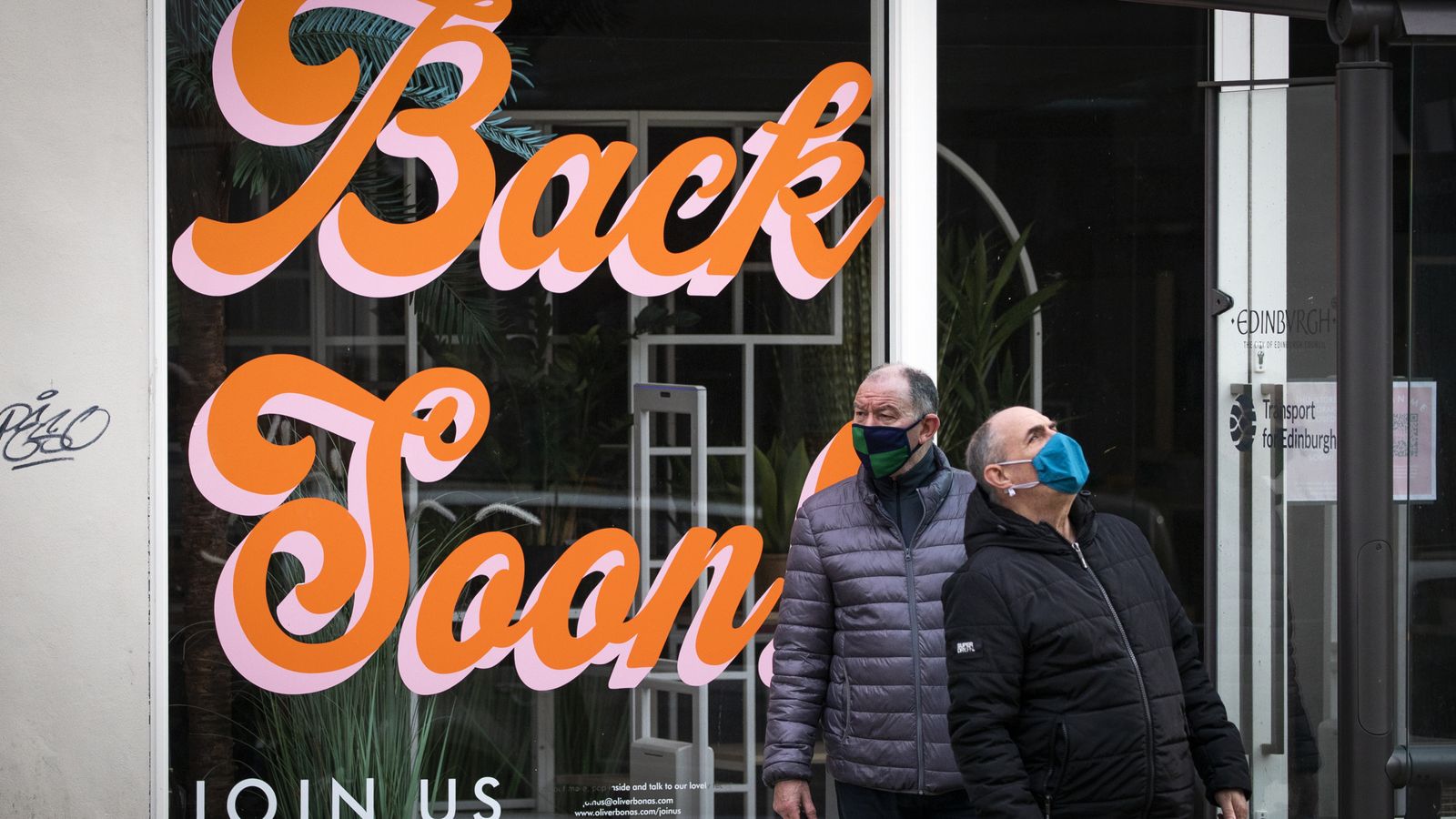 Coronavirus restrictions on people meeting outdoors have been eased in Scotland.

Image: Scotland’s rules on outdoor socialising are being eased

As the devolved governments have shifted from the UK-wide approach taken at the start of the COVIDpandemic, lockdowns continue to be relaxed at different rates across England, Wales, Scotland and Northern Ireland.

In Scotland it means up to four adults from two households will now be able to meet outside from today, including in private gardens, for social and recreational purposes.

It had previously been only two adults from two households for essential exercise.

The rules for young people have also been relaxed, with four people aged between 12-17 able to meet even if they are all from different households.

Outdoor, non-contact sports for adults in groups of up to 15 can also restart.

Ms Sturgeon had previously aimed to relax the rules on outdoor mixing on 15 March, but she sped up that timetable earlier this week as she noted how meeting outdoors “can be hugely beneficial for our wellbeing”.

Image: More primary school children are to return to the classroom in Scotland

Ms Sturgeon has also said more primary school children will return to the classroom next week as planned, along with senior secondary pupils.

In addition, the staged return of universities and colleges will start.

Communal worship will be able to restart from Friday 26 March – and the previously proposed limit of 20 will be increased to 50, where two-metre physical distancing is possible.

Further details for the phased reopening of the Scottish economy are due to be set out on Tuesday.

26 April – Scotland moves back to a levels system of restrictions. Non-essential retail, pubs and restaurants to reopen, along with gyms and hairdressers

Confirming the latest rule changes this week, Ms Sturgeon told MSPs at Holyrood: “The last 12 months have been incredibly tough – unimaginably tough for everybody.

“But we do now have real grounds for optimism, albeit cautious optimism.

“Case numbers, hospitalisations and deaths have all fallen in recent weeks… And, of course, the vaccination programme has given a first dose to 40% of the entire adult population and it is set to significantly accelerate over the next few weeks.”

Wales is leading the way when it comes to easing restrictions in the UK, with its “stay at home” message changing to “stay local” from this weekend and people allowed to socialise outdoors in small groups.

It’s moving ahead in other areas, with sports facilities reopening on Saturday and hairdressers back on Monday – almost a month earlier than they will be in England.