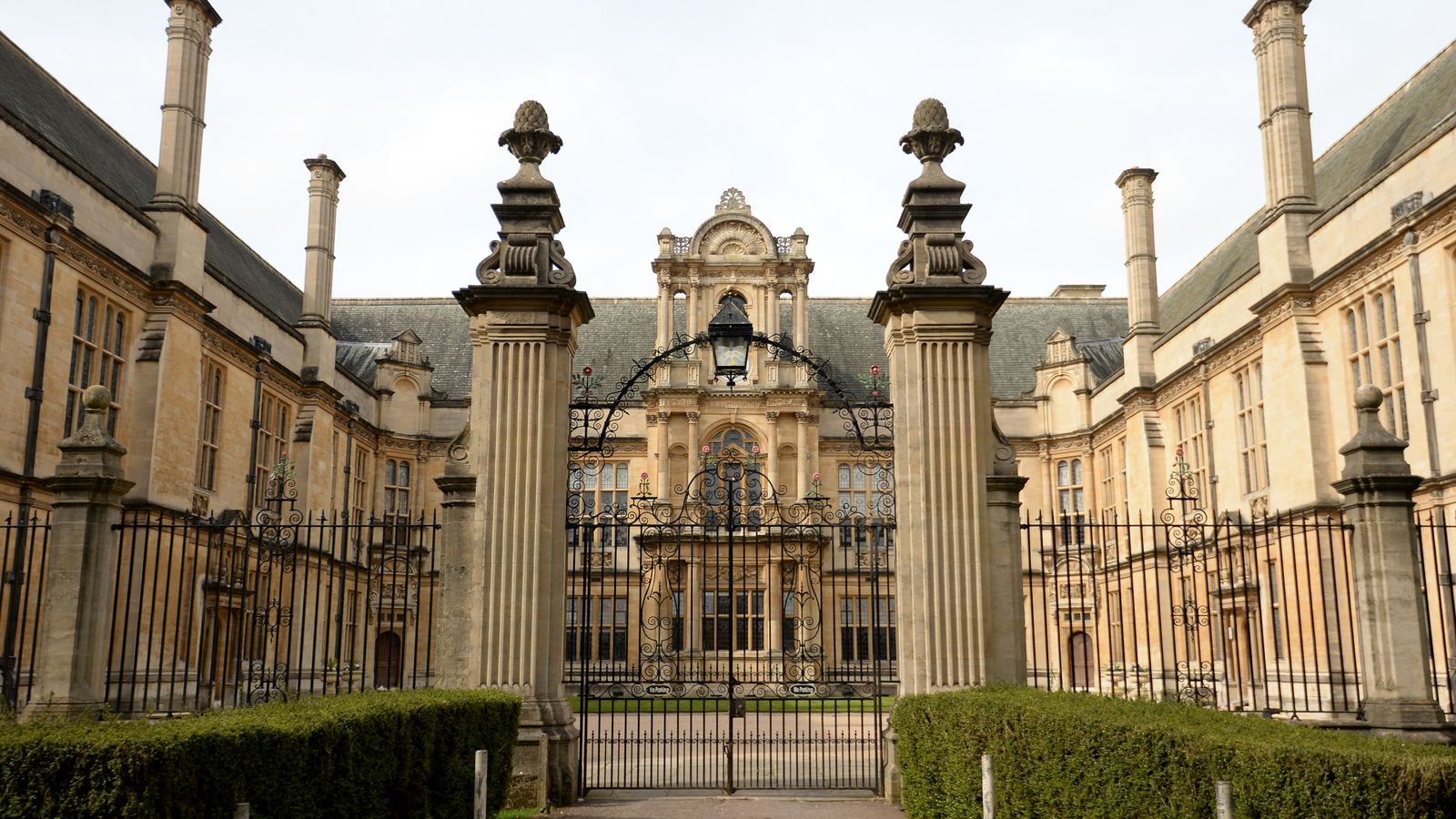 A new exchange scheme enabling students to study or work anywhere in the world, replacing one withdrawn now the UK has left the European Union, is being launched by the government.

From September, the Turing scheme – hailed as “fantastic” by Boris Johnson in the Commons this week – will fund 35,000 exchanges including university study, school exchanges and work placements.

The £110m programme replaces the Erasmus+ scheme, which the prime minister initially pledged to keep the UK signed up to after Brexit, but failed to include in his EU withdrawal agreement.

Image: Boris Johnson labelled the plan as ‘fantastic’ in the House of Commons this week

The big difference between the two schemes is that Turing aims to improve social mobility by targeting students from disadvantaged backgrounds and areas that did not previously have many students benefiting from Erasmus+.

And unlike Erasmus+, which is EU-focused, Turing will be a worldwide programme – with every country in the world eligible to partner with UK universities, schools and colleges, the government insists.

“The Turing scheme is a truly global programme with every country in the world eligible to partner with UK universities, schools and colleges,” the prime minister said ahead of the launch.

“It is also levelling up in action. Unlike the Erasmus+ scheme, which overwhelmingly went to children from better-off homes, the Turing project is designed to help students across the country of all income groups get to fantastic schools, colleges and universities around the world.”

Universities minister Michelle Donelan told Sky News that the new scheme would offer young people “life-changing opportunities” that are “accessible to all”.

“We know that in Erasmus it was very much focused on those that had the money and could afford these schemes. Whereas we are focusing on providing more money for those that are disadvantaged,” she said.

The new scheme is named after Alan Turing, the English mathematician and computer scientist who died in 1954 – and, despite his accomplishments, was never fully recognised during his lifetime due to homophobia.

During negotiations with Brussels last year, Mr Johnson said the UK could not justify staying in the “extremely expensive” Erasmus+ scheme, which saw twice as many EU students coming to the UK as British students going to university elsewhere in the bloc.

But challenged in the Commons this week on the withdrawal of Erasmus+ from UK students, the PM said: “I think students should choose the Turing project because it’s fantastic and it reaches out across the whole country.”

Image: Labour says the government’s rhetoric on the Turing Scheme ‘does not live up to the reality’

“The government’s rhetoric on the Turing scheme does not live up to the reality,” she said. “While claiming to be targeting disadvantaged students, the scheme provides no support to cover tuition fees which will make accessing these opportunities impossible for many students.

“Boris Johnson broke his promise when he committed to ensuring the UK would remain part of Erasmus+ after Brexit, and he is subjecting the Turing scheme to future spending review decisions creating financial uncertainty for organisations and young people.”

The government claims the Turing scheme offers benefits to students that they would not have under the previous Erasmus+ programme, with university students from disadvantaged backgrounds receiving up to £490 a month towards living costs, plus travel funding and help with the cost of passports, visas and insurance.

“This is a landmark step in delivering on our promise to level up a truly global Britain, strengthening our ties across the world and providing students with the skills they need to thrive,” said Education Secretary Gavin Williamson.

“The programme’s focus on social mobility and value for money will open up more opportunities for international education and travel to all of our students, especially for those from disadvantaged backgrounds who were less likely to benefit from the previous EU scheme.”

As part of the UK-wide launch, ministers are visiting the devolved nations to highlight the advantages of the Turing scheme and encourage wider participation for all students across the UK.

Caroline Flack: Her family open up about new documentary on her life and death