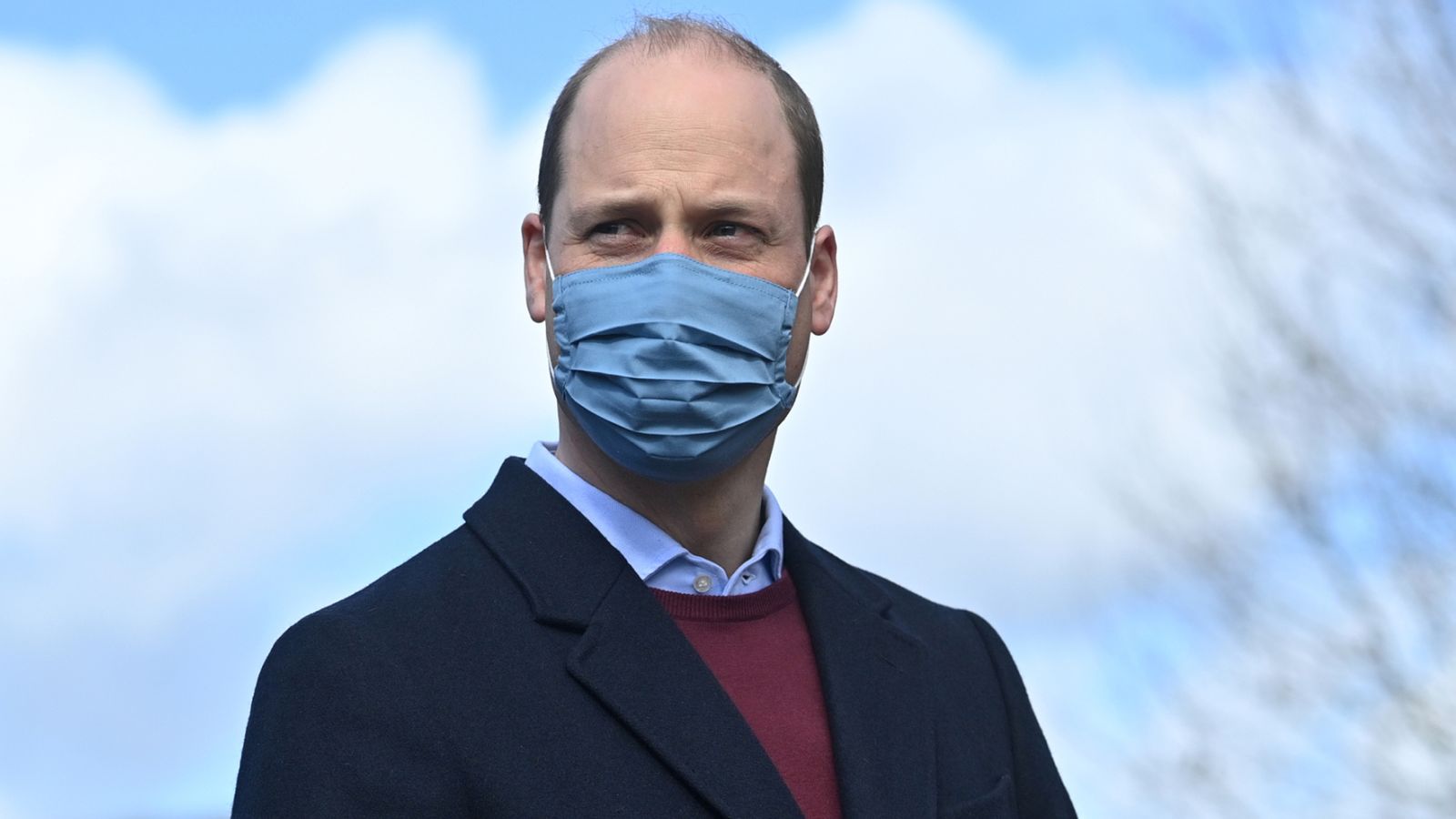 Prince William has said his family is not racist and he has not yet spoken to his brother since Harry and Meghan’s explosive interview.

“We are very much not a racist family,” he said after a question from Sky News.

And when asked if he had spoken to his brother yet, the Duke of Cambridge replied: “No, I haven’t spoken to him yet but I will do.”

Image: Meghan, Duchess of Sussex, and Prince Harry speak in their interview with Oprah Winfrey

The Sussexes made a series of shocking claims about their time as working royals during the two-hour interview with Oprah Winfey which was broadcast in the UK on Monday night.

These included claims of racism in the palace and that the couple felt unsupported by the Royal Family.

Buckingham Palace issued a rare statement in response promising to “address” the “concerning” allegations, in particular claims another royal had raised “concerns” with Harry about Archie’s skin colour before he was born.

Image: The Duke and Duchess of Cambridge speak with teachers during a visit to a School21 in Stratford, east London

Prince William, who spoke during a visit with the Duchess of Cambridge to a school in Stratford, east London, is the first royal to comment publicly about the allegations.

The Sussexes also made comments about William and Kate during the Winfrey chat, which was watched on ITV by more than 11 million viewers.

Prince Harry told Oprah his brother and father are “trapped” as royals while Meghan spoke about reports she had made Kate cry ahead of the royal wedding.

Meghan said the “reverse” happened and that it was Kate who made her cry.

She told Winfrey she did not want to be “disparaging to anyone” and claimed Kate “owned it” and apologised with flowers and a note “to take accountability”.

Prince Harry also referenced reports that his relationship with his brother is strained.

“The relationship is space at the moment. And time heals all things, hopefully,” he told Winfrey.

Prince Charles remained silent at his first public engagements since the Oprah revelations on Tuesday.

During the interview Harry said he felt “really let down” as he revealed his father stopped taking his calls around the time the couple moved to Canada.

“I feel really let down because he’s been through something similar, he knows what pain feels like, [and] Archie’s his grandson,” he said.

“But at the same time – I will always love him – but there’s a lot of hurt that’s happened and I will continue to make it one of my priorities to try and heal that relationship.”

There has been much speculation about which member of the royal family the couple were accusing of making comments about Archie’s skin tone.

During the interview the couple would not be drawn on who had deeply offended them, but later asked Winfrey to clarify it wasn’t the Queen or Prince Phillip.

Meanwhile, Jacob Rees-Mogg read out the national anthem when pressed to allow MPs to debate the role of the monarchy.

Conservative MP Sir David Amess said he would make the point that “it is never wise for a family dispute to be aired in public”.

To which the Commons leader said any debate to praise the Queen would take up several hours of parliamentary time, before launching into his spoken word rendition of the anthem.

COVID-19: Rate of new coronavirus cases continues to fall in all regions of England