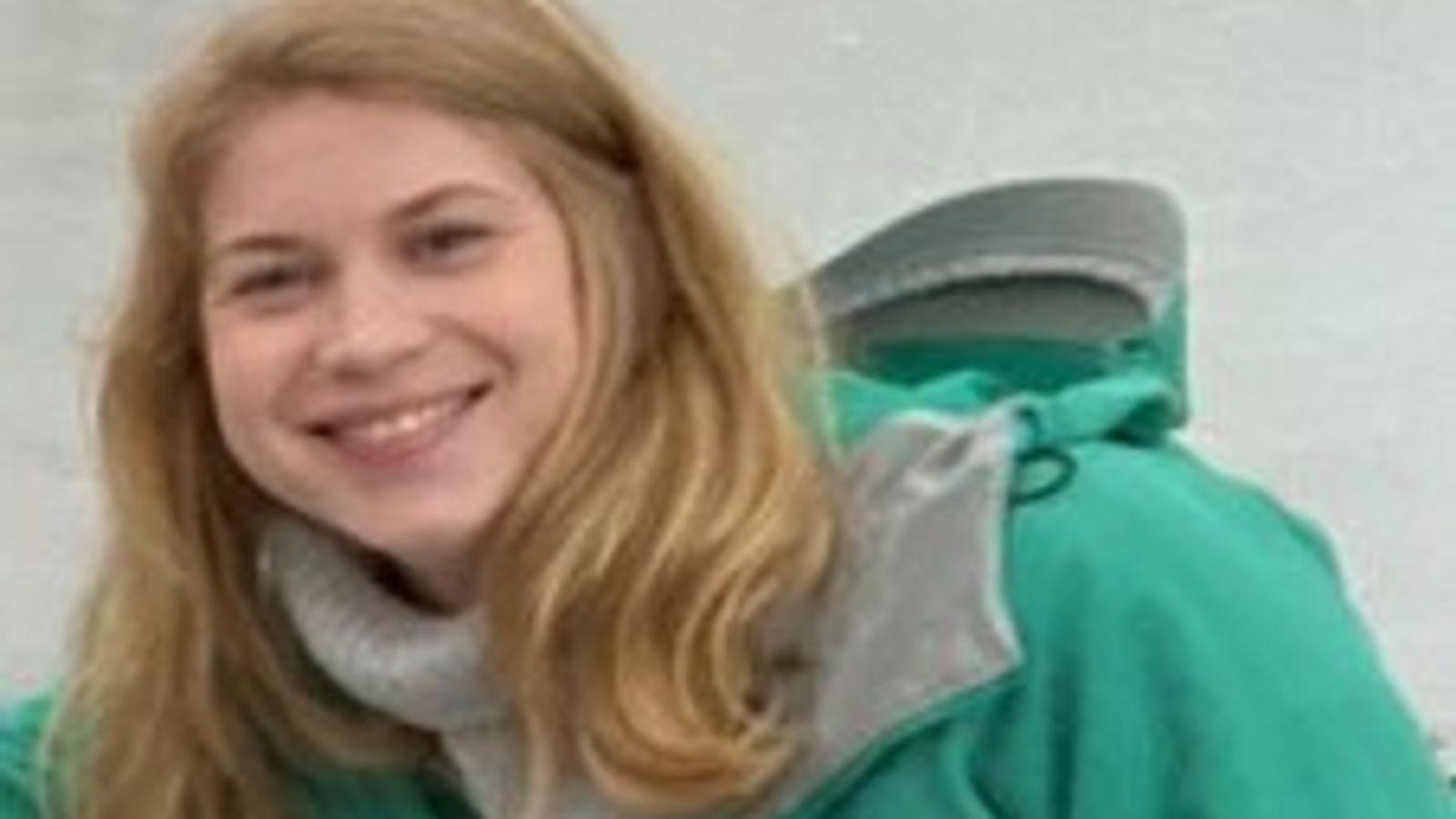 The family of missing woman Sarah Everard have described her as a “shining example” who was “kind and strong”.

The 33-year-old disappeared on the evening of Wednesday 3 March as she walked home to Brixton, south London, from a friend’s house in Clapham.

A police officer remains in custody on suspicion of kidnapping and murdering the marketing executive.

The man, in his 40s, sustained a head injury while in custody and was taken to hospital for treatment. He has since been discharged and returned to a police station, the Metropolitan Police said.

While awaiting formal identification, Ms Everard’s family have issued a statement through the police calling for any witnesses to come forward.

Image: A tribute to Sarah Everard at the site where police have been searching

“Our beautiful daughter Sarah was taken from us and we are appealing for any information that will help to solve this terrible crime,” they said.

Describing Ms Everard as “bright and beautiful” and a “wonderful daughter and sister”, they continued: “She was kind and thoughtful, caring and dependable.

“She always put others first and had the most amazing sense of humour.

“She was strong and principled and a shining example to us all. We are very proud of her and she brought so much joy to our lives.”

They also thanked Ms Everard’s friends who had worked “tirelessly” to help search for her, as well as the police.

Image: Sarah Everard went missing on 3 March Image: The marketing executive had ‘the most amazing sense of humour’

Pleading for more help from the public, they said: “Please come forward and speak to the police if you have any information. No piece of information is too insignificant.”

The serving police officer was arrested on Tuesday night on suspicion of kidnap and later of murder.

The Met said: “The suspect was taken to a hospital for treatment to a head injury sustained while in custody.

“He has since been discharged and returned to custody. We are not prepared to discuss further.”

He remains in custody after an application to extend his detention was granted at Wimbledon Magistrates’ Court, Scotland Yard said.

Ms Everard’s journey home on 3 March should have taken her about 50 minutes.

She spoke to her boyfriend for about 15 minutes while walking and the phone call ended at 9.28pm. Since then, no one heard anything from her and her last known location was near Clarence Avenue.

Flowers have been left in tribute to Ms Everard at the site police have been searching, with one note reading: “Sarah, we may be strangers but all I can do is hope it’s not you.

“Our hearts are breaking thinking of your poor family.”

Another said: “Sarah, wherever you are love from Francesca Hughes x x x x x

“Wish I could be there”.