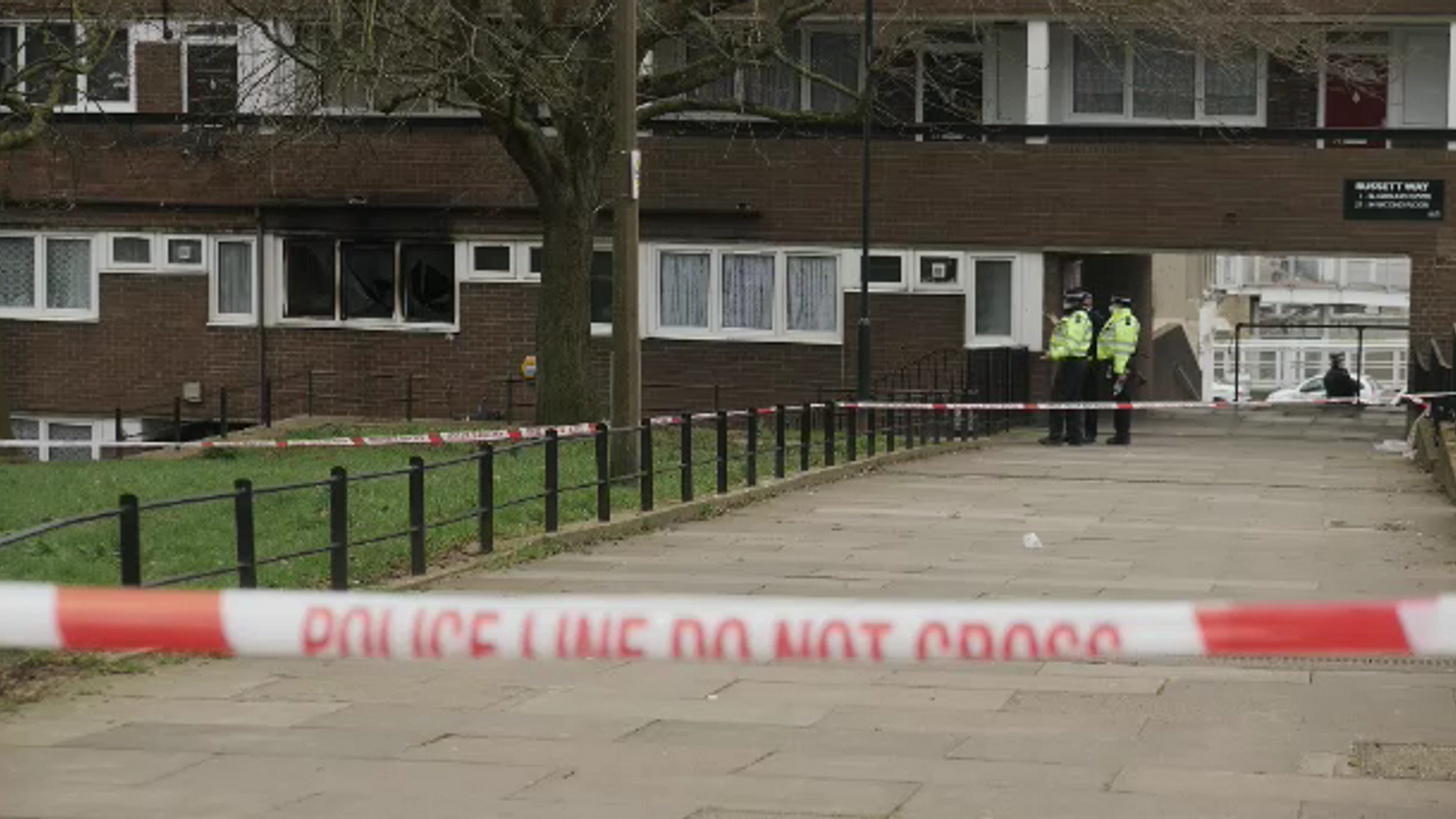 A 14-year-old boy and 34-year-old woman have died following a house fire in south London that also killed a five-year-old boy.

All three had been rescued by firefighters from the top floor of a block of maisonettes on Russett Way, Lewisham, on Saturday.

The five-year-old had died later that day in hospital and a post-mortem showed his death was caused by inhalation of fire fumes.

The teenager and woman were taken to hospital with serious injuries but the 14-year-old died on Wednesday and the woman died in hospital a day later.

All three were members of the same family.

Detectives believe the fire was started deliberately but are not looking for anybody else in relation to the investigation.

Detective chief inspector Laurence Smith said: “This was a truly awful incident and we are doing everything we can to support the family’s next of kin.

“We have been working alongside specialist investigators to establish the cause of the fire and it saddens me to say that we believe it was started deliberately, inside the address, by one of those inside.

“While I accept we may never know the circumstances, I am still very keen to hear from anybody who has information that could shed any light of this tragic incident.”

Six fire engines and around 40 firefighters had been called to the fire at about 5.45am on Saturday, according to the London Fire Brigade.

COVID-19: Rate of new coronavirus cases continues to fall in all regions of England