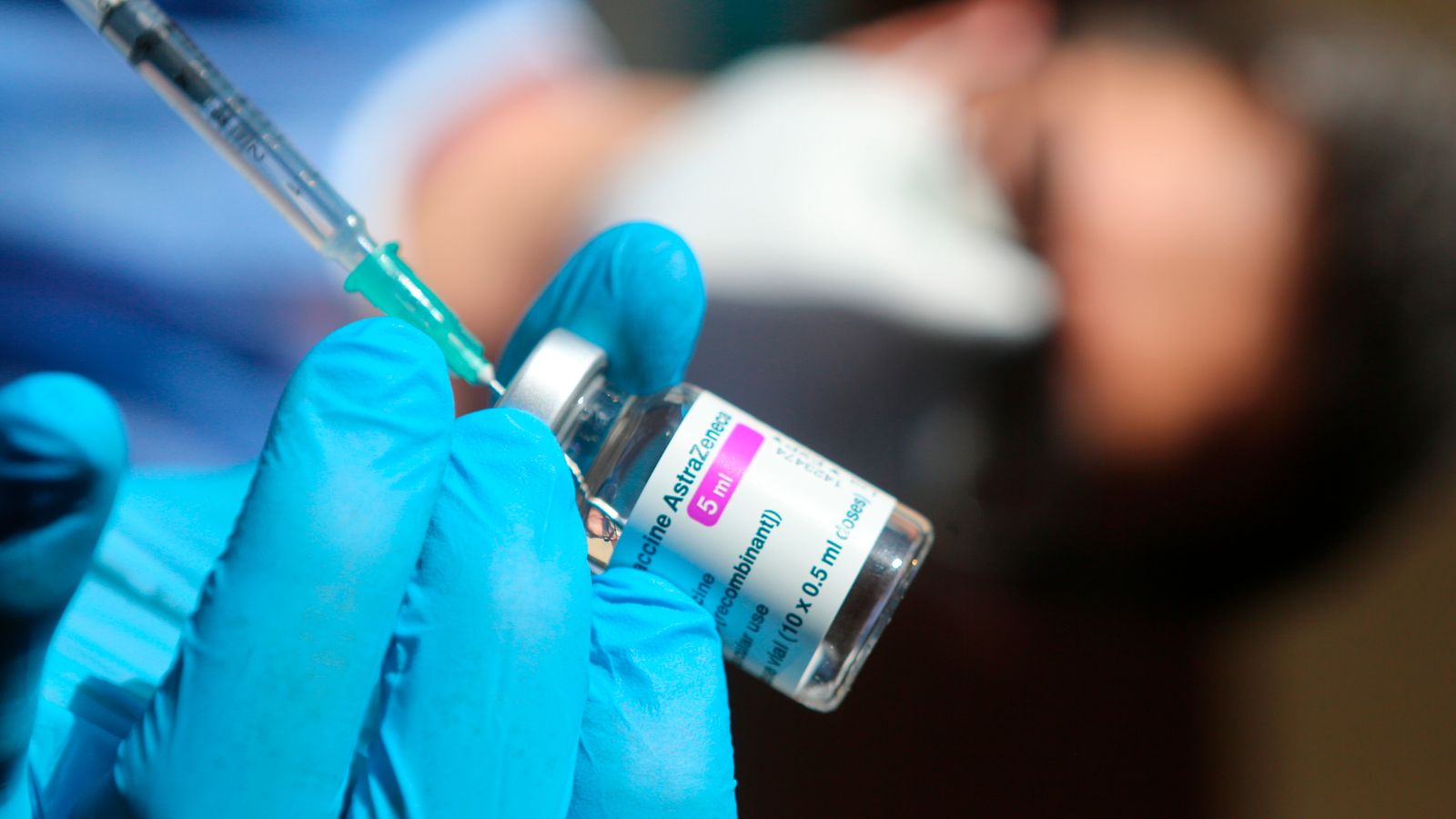 Faith groups are leading the fight against vaccine misinformation on what one called the “lawless wasteland” of WhatsApp.

Messages spreading fake COVID-19 information are widely shared on the private messaging app. This is often through a simple “forwarding” feature that copies messages to other contacts.

But the Muslim Council of Britain (MCB) and other groups have been pushing back on that disinformation.

Sky News has been collecting and analysing messages to monitor what type of misinformation is shared on WhatsApp, while also speaking to groups which are tackling the problem head on.

One example of a vaccine misinformation message on WhatsApp is a video showing two unidentified women falsely claiming that a type of COVID-19 vaccine will change people’s DNA.

Image: A screenshot taken from one widely circulated video on WhatsApp

By searching for the exact phrases used by the women, Sky News was able to discover that the clip was a widely debunked video of two anti-vaccination campaigners.

The original video was posted on to YouTube in October 2020 before being taken down. The version shared on WhatsApp had cut the 37-minute clip down to two minutes and was sent to Sky News in February 2021.

The video was also edited to include subtitles translating the information, suggesting those distributing it were hoping to reach a non-English audience.

The MCB has been trying to fight back against messages like this since the start of the pandemic.

It has been creating myth-buster and explainer messages designed to mimic the shareable formats seen in many viral misinformation messages. This includes adding translated subtitles to short videos.

Image: One example of an infographic shared by the MCB on WhatsApp. Credit: MCB

The past 12 months have been an information war, according to Dr Wajid Akhter, the assistant secretary general of the MCB, the UK’s largest organisation representing British Muslims.

He told Sky News: “People should be allowed to share worries and concerns they have. But some of the stuff that we’re seeing going around definitely goes into the territory of deliberate misinformation.

“WhatsApp is a very specific lawless wasteland of social media.”

Image: WhatsApp has a forwarding function which makes it easy to share messages

The MCB and British Islamic Medical Association (BIMA) have worked to get correct information out there fast.

Dr Akhter, who is also vice-president of BIMA, said: “We didn’t spend too much time trying to make it perfectly classically designed… An anti-vaxxer would just flick on his camera, rant for 60 seconds and send it off and the lie spreads halfway around the world [so] we weren’t going to wait.”

He also believes a key reason why they have seen success in the messages being sent out is that the MCB and BIMA are trusted by the community they are talking to.

He said: “It’s human nature that you’re more likely to listen to your friends or colleagues… We’re literally the person praying next to them in the mosque, we’re relatives or friends.”

The British Muslim community is not alone in facing the issue of vaccine hesitancy.

Office for National Statistics data released this week found people from black, Asian and other minority communities in the UK generally appear to be more hesitant about taking the vaccine, compared to white adults.

Hesitancy was highest for black adults.

The Hindu Council UK (HCUK), the largest umbrella organisation for Hindus living in the UK, has also been taking the misinformation battle to WhatsApp chats.

“We started noticing [that] misinformation on social media, especially on WhatsApp, was fuelling vaccine hesitancy. Religiously targeted messages falsely claimed that vaccines contain animal products. For Muslims, it was pork and for Hindus it was beef,” he told Sky News.

Mr Kashyap said that so-called anti-vax messages have been circulated in the Hindu community more frequently since September. By December it had become a real cause for concern for HCUK.

It began using WhatsApp networks established during the first lockdown to share correct information about the vaccine. Mr Kashyap believes its efforts to combat misinformation on WhatsApp has made an impact.

WhatsApp has previously taken action to combat misinformation on its platform, such as in April 2020 when it reduced how many times a message could be forwarded.

At the time, a spokesperson said forwarding “can contribute to the spread of misinformation” and that “we believe it’s important to slow the spread of these messages down to keep WhatsApp a place for personal conversation”.

It did not respond to a request for comment for this article.

Harry and Meghan’s interview: How much damage have the couple’s claims done to the Royal Family?