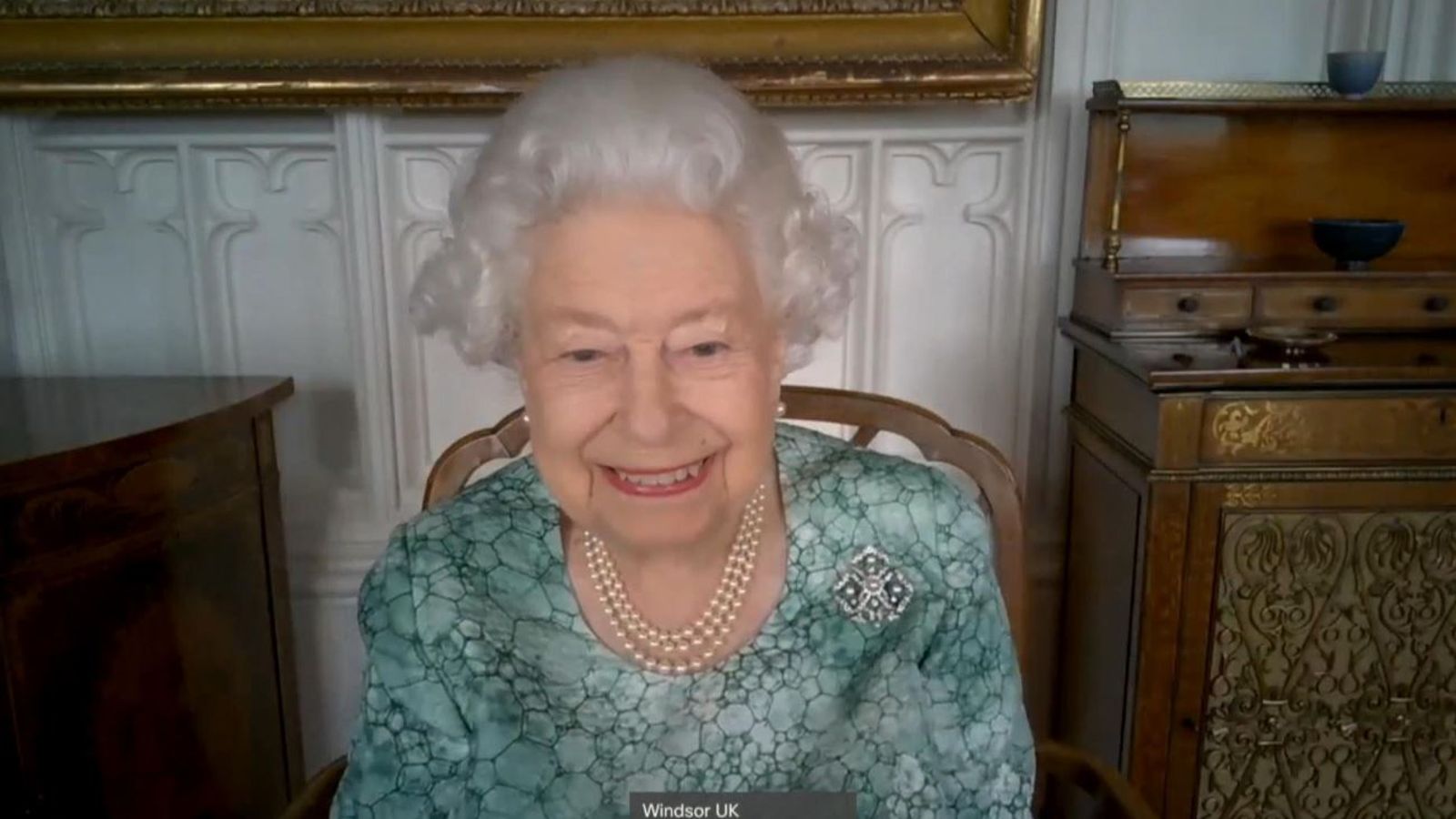 The Queen has made her first appearance since the broadcast of the Duke and Duchess of Sussex’s tell-all interview with Oprah Winfrey.

In a video call, Her Majesty joined experts and schoolchildren at a virtual event to mark British Science Week.

Her call was made on Wednesday, the day after the Royal Family was finally forced to release a statement responding to the Harry and Meghan’s allegations, which included racism and a lack of help for Meghan’s mental health struggles.

Buckingham Palace had said the race issues brought up in the interview were “concerning” and “will be addressed by the family privately”, but it had added that “some recollections may vary”.

Sky’s royal correspondent Rhiannon Mills said of the Queen’s appearance: “I’m told by the palace that the video engagement took place on Wednesday morning, the morning after the palace released the statement on behalf of the Queen responding to Harry and Meghan’s interview.

“But as we were all still digesting what she had to say, Her Majesty appeared to be enjoying herself learning about the latest mission to Mars.

“With a very cheery wave goodbye at the end, she seemed to be in a fantastic mood.

“It is the first time we’ve seen her since that interview, and there was no sign at all of any strain.

“She has dealt with many other personal family problems during her 69-year reign and this latest upset is certainly not going to distract her from her work.”

The science event showcased the latest pictures from NASA’s mission to Mars and classroom rockets made by the pupils.

The Queen was asked about when she met Russian cosmonaut Yuri Gagarin in 1961, soon after he became the first man to go into space.

When she was asked what he was like, she made everyone laugh by replying: “Russian.”

She explained that Mr Gagarin did not speak English, and added: “It was very interesting to meet him, and I suppose being the first one (in space), it was particularly fascinating.”

Image: Yuri Gagarin visited London in 1961. He is pictured at Admiralty House but also met the Queen

The Russian went on a world tour soon after his return to earth and was invited to lunch at Buckingham Palace by the Queen.

During the video call, Dr Maggie Aderin-Pocock, a scientist and co-presenter on the BBC’s The Sky At Night programme, said: “It must have been very terrifying to be the first one, and not really knowing what was going to happen.”

The Queen replied: “Well, yes – and if you could come back again. That’s very important.”

Dr Aderin-Pocock said after the video call with the Queen: “When I mentioned Yuri Gagarin to her I couldn’t believe her answer. It was not what I expected, she made us all laugh.

“She has a wonderful sense of humour and it makes you realise, given the fact that he died in 1968, how long she has been our monarch. She is living history, in fact.”

Prince William: ‘We are not a racist family’

Harry and Meghan’s interview, which was broadcast in the US and the UK earlier this week, has cast a shadow over the Royal Family’s public duties in recent days.

During a visit to an east London school on Wednesday, Prince William denied the family was racist.

In the interview with Oprah Winfrey, the Duchess of Sussex claimed a fellow royal had had “several conversations” with Harry and raised “concerns” about son Archie’s skin colour before he was born and “what that would mean or look like”.

The couple refused to reveal who had made such comments, but Winfrey has since said that Harry told her it was not Prince Philip or the Queen.

Meghan also revealed she had suicidal thoughts, saying “I just didn’t want to be alive any more”, but her approaches to the institution for help were turned down.

Prince Harry also claimed he had been “trapped” in the royal system – “like the rest of my family”.

The interview has now been seen by more than 49.1 million people worldwide, according to the host broadcaster CBS.

COVID infection rate in England hits lowest level since September as R number falls to between 0.6 and 0.8