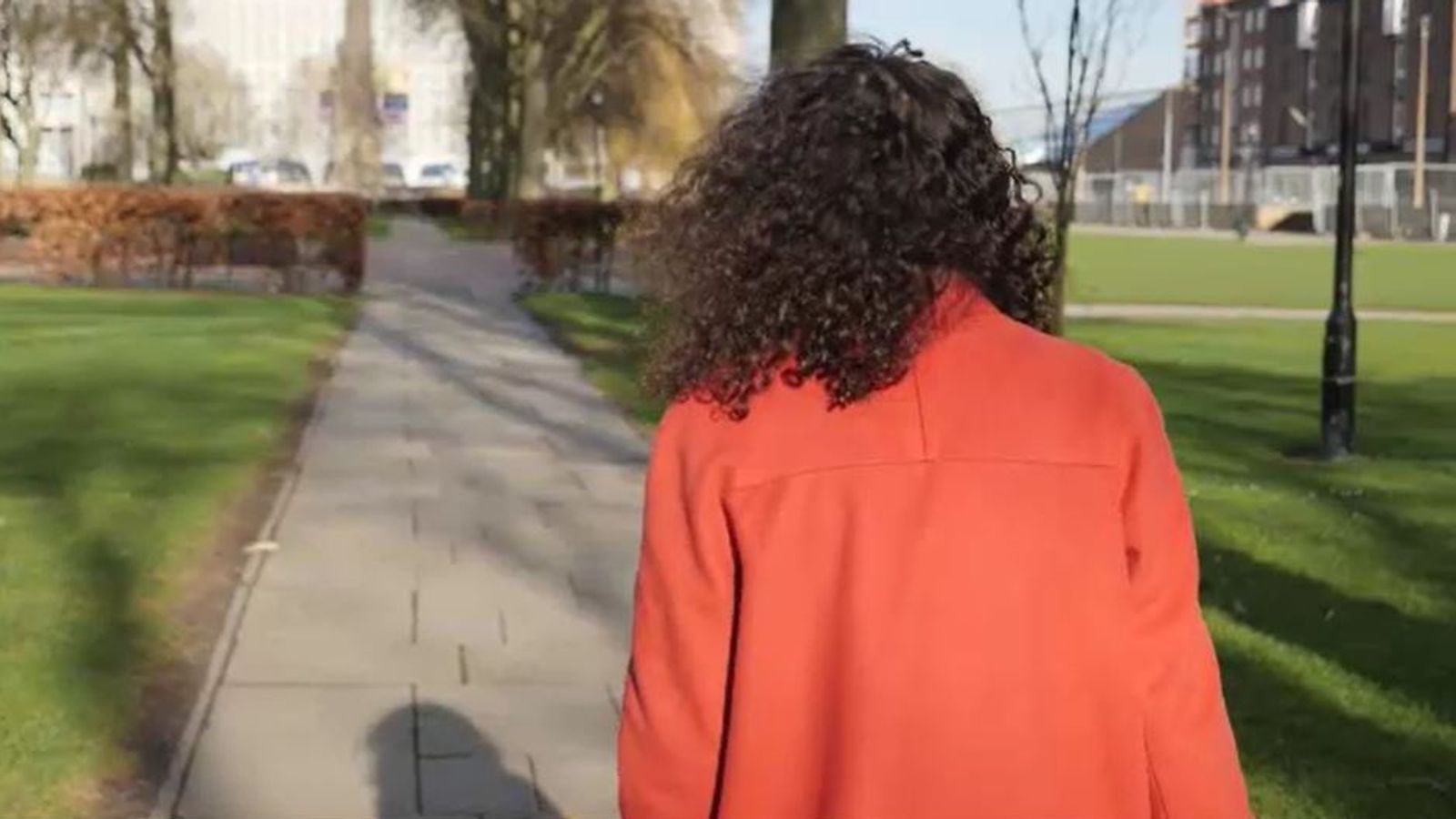 A victim of a serial sex offender and murderer has told Sky News the death of Sarah Everard could become a “catalyst for change” in how violence and offences against women are investigated.

“Emma”, which is not her real name, is the earliest victim recorded of Pawel Relowicz, who went onto rape and murder Hull University student Libby Squire in February 2019.

She says she is “angry” at the police response to her report of voyeurism, 18 months prior to Ms Squire’s murder, and that “there has to be change to how these crimes are investigated, and how women are treated if they come forward”.

WARNING: THIS STORY CONTAINS DETAILS OF SEXUAL CRIMES THAT SOME PEOPLE MAY FIND UPSETTING

Image: Emma hopes that the current debate around women’s safety, and the police response to it, may prevent further attacks

Speaking to Sky News on condition of anonymity, Emma says: “In 2017, I had just moved into my student house and like lots of student accommodation the ground-floor sitting room had been turned into a bedroom.”

At around midnight she spotted a man, now known to be Relowicz, pressed up against the window, looking in.

“My first thoughts were maybe it was an opportunistic sort of burglar, maybe he’d spotted some keys,” she says.

Image: Emma told Sky News she is ‘angry’ at the police response to her report of voyeurism

“But when my housemate came back from work at around 4am, she found a used condom and stained pair of women’s knickers on the door handle.”

Emma says she reported the incident to Humberside Police but says at first she felt the police did not take her case seriously.

“I felt like this person was a predator, I was scared to leave my room at night.”

Image: Pawel Relowicz was sentenced for the rape and murder of Libby Squire

Emma says that after making a complaint about how her report had been handled, Humberside Police’s response “was much better and more sensitively handled”.

But it was only after Libby Squire’s death that the perpetrator was identified as Relowicz.

“This man had not only violated a number of young women in the area but had then gone on to do something just unimaginably horrific,” Emma says. “Of course, part of me wishes more had been done although ultimately he (Relowicz) is the one to blame.”

Image: Libby Squire was murdered in her university town of Hull

Humberside Police conducted an internal inquiry into their handling of the earlier reports against Relowicz and concluded they would have had no means at the time to connect him to a string of offences before he went onto to murder Ms Squire.

Although the full details of Sarah Everard’s death are still under investigation, this victim hopes the current debate around women’s safety, and the police response to it, may prevent further attacks.

Image: ‘Emma’, not her real name, is the earliest victim recorded of serial sex offender and murderer Pawel Relowicz

“It’s not normal for there to be so many women who have experienced some sort of assault or abuse just because they present as a woman,” she says.

“Obviously, one incident can’t change a whole system. But if enough people talk about it, perhaps it can make a difference.”

COVID-19: Nearly 50,000 businesses sign up to offer rapid coronavirus testing for their employees

Sturgeon and the SNP are past their peak