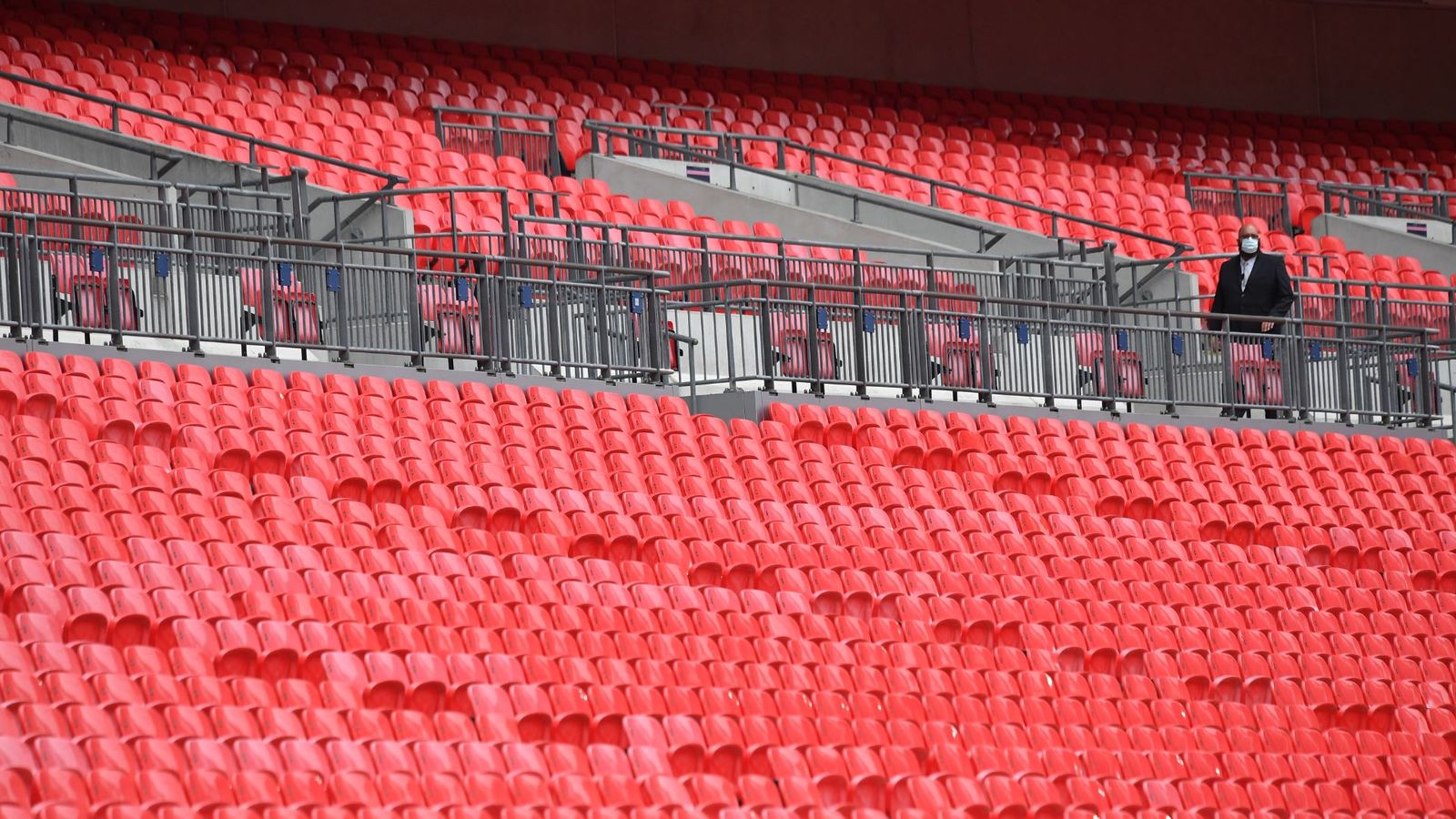 The FA Cup final at Wembley Stadium is going to be used as a test for the return of larger audiences at sporting events, theatres and gigs.

A decision on how many people will be allowed to go is yet to be made – but Sky Sports News has been told the government is in talks over the potential of up to 20,000 fans attending the match.

That would be considerably beyond the 10,000 limit for larger outdoor seated venues that is going to come into force from 17 May.

Last week, FA chief executive Mark Bullingham had told Sky Sports News that he is “desperate” to welcome fans back at Wembley for the FA Cup final to prove that “football can be run safely”.

About a dozen events are going to be involved in the government’s pilot programme – including the World Snooker Championships and smaller venues such as a 200-capacity comedy club.

Culture Secretary Oliver Dowden said: “These test events will be crucial in finding ways to get fans and audiences back in safely without social distancing.

“We will be guided by the science and medical experts, but will work flat out to make that happen. We want to get the people back to enjoying what they love and ensure some of our most important growth industries get back on their feet.

“These are important steps towards the safe and special summer we all crave and that I’m fully focused on delivering.”

The pilots form part of the Events Research Programme, and will inform the government’s decisions on step four of the roadmap to ease England’s lockdown.

From 21 June, it is hoped that spectators will be able to safely return to matches and gigs in larger numbers.

Image: A pilot is also set to take place at a nightclub. File pic

The events are going to test a range of “non-pharmaceutical” methods to allow the safe return of fans without social distancing – including venue layout, face coverings and ventilation.

During each event, researchers will monitor spectators’ movements and interactions – and other factors that will be taken into account include transport to the venue, the event’s duration, and the consumption of alcohol.

Rapid testing will play a crucial role in the pilots, and spectators will need to complete a COVID test before and after the event.

The programme will begin next month, and a report will be produced for ministers by the end of May.

‘I have a bullet lodged in my back’: Shooting survivor left paralysed on how he learnt to walk again