‘I have a bullet lodged in my back’: Shooting survivor left paralysed on how he learnt to walk again 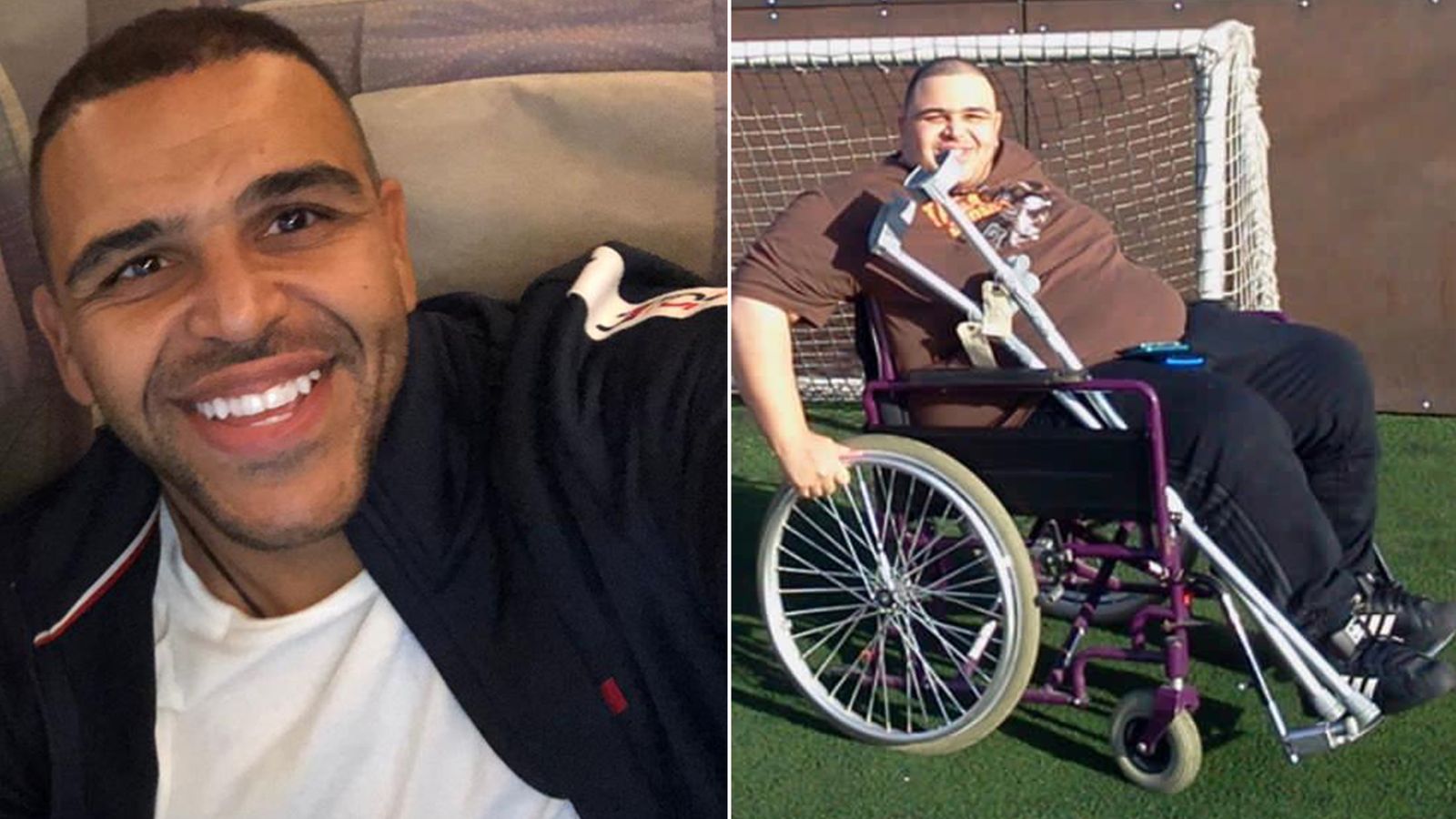 A man who was left paralysed after being shot in the back and has a bullet lodged in his body says he is on a mission to warn young people about the consequences of gun crime.

Darren Awol was gunned down as he was robbed in Anerley, southeast London, in March 2011, leaving him paralysed from the waist down.

The 38-year-old says the person who shot him has never been caught and he tried to kill himself several times after his injuries left him suicidal.

Despite fears he would be paralysed for the rest of his life due to the damage to his spine, Mr Awol has learnt to walk again using crutches.

Image: Darren Awol was left paralysed from the waist down after being shot in the back but can now walk with crutches

Now a life coach, he says he shares his experience with students at school events to show them the effect of gun crime.

It comes after a Sky News investigation found more than 600 children were arrested for suspected firearm offences last year amid the coronavirus pandemic.

Children as young as 11 were among more than 2,000 people under the age of 18 detained for alleged crimes involving guns, imitation firearms or air weapons since 2018.

Mr Awol, who lives in Sidcup, southeast London, said he was shot at three times when he was attacked by a group of people as he carried out scrap metal work.

He told Sky News: “I was shot to the face, which caused a skin mark. The second bullet missed and the third bullet went through the back of my spine.

“The person ran up to the back of me after I broke free and let their gun off.”

He added: “There was the brightest white light that flashed as it happened and then the coldest feeling, like it was freezing, freezing cold.

“I fell on the floor and from my big toe all the way up to just under my chest it was going numb.

“I was confused and thought I’d been stun gunned.

“I remember lying on the floor and making a phone call and then being in the ambulance. It was so quiet and I remember thinking: ‘This is it, I’m going to die’.”

Mr Awol said doctors at the hospital told him “you’re paralysed, you’ll never walk for the rest of your life and (you have) no bladder or bowel functions”.

“(The bullet) hit three parts of my spine on the way down – three bones – and it’s lodged in one of them,” he added.

“I’ve got a big character. I’m not a quiet person.

“Getting a disability at the age of 28 – so I’d been walking freely for how many years – and then all of a sudden you’re told you’re never going to walk again, and it’s not a freak bike accident.

“It was literally taken out of my hands. It was devastating.

“I tried to commit suicide on three occasions.”

Mr Awol said dozens of health professionals had told him he would not walk again but in one incident, several months after the shooting, he pulled out his catheter and managed to control his bodily functions.

“From that very point on, I learnt I had a mental block,” he added.

“After that I had a dramatic turnaround. I got my bladder back, I got my bowels back.”

Image: Mr Awol is now able to walk with the aid of crutches

He added: “I’ve managed to master my mind.

“When a thought comes you’ve got to know how to handle it. You’ve got to learn how to take the dips.

“Obviously being in lockdown hasn’t been the best. It’s been tricky.”

Mr Awol says he first began walking again with the use of crutches in late 2013.

His son was two years old at the time he was shot and he has not spoken to him about the incident.

“It had a massive impact on my mum and dad, my brother,” Mr Awol said.

“It had a lot of impact on my family and relationships with people around me.”

More recently, Mr Awol has attended events hosted by Hertfordshire Police and he says he has spoken at more 150 school assemblies.

Image: Mr Awol spoke about his experience at a Hertfordshire Police event

“Not many people get shot and get to survive to tell their story,” he added.

“What I’ve realised is that some people think it’s cool to carry a gun or a knife. I would never teach that to my son.

“When they’re doing the crimes, they’re posting it on Instagram and Snapchat. They want you to know they’ve done it.

“I don’t think half these children and young people that carry firearms are realising the effect it has on their families.”