Sarah Everard: On the doorsteps of Brixton, sombre scenes as vigils held by candlelight 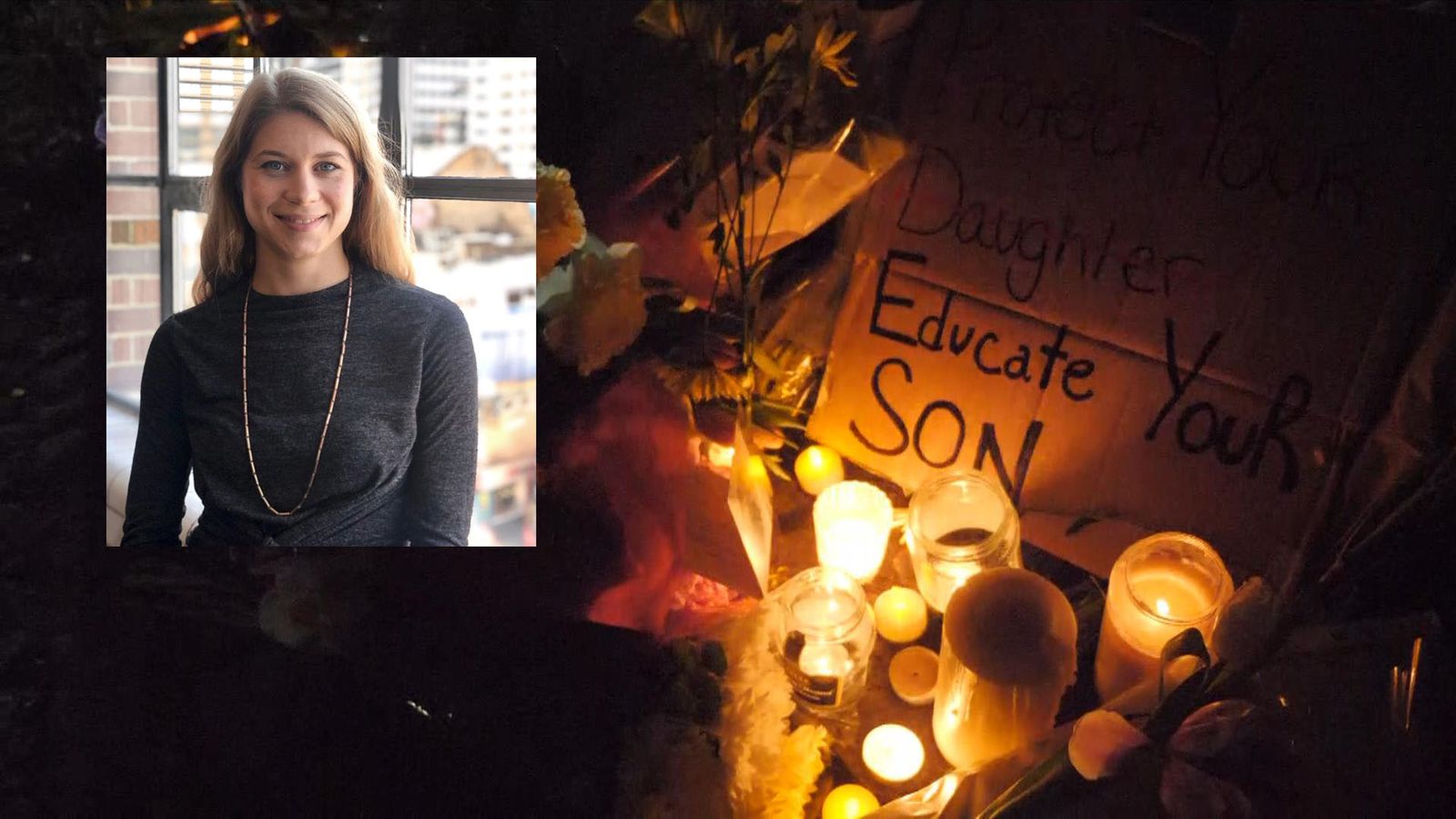 In a tiny cul-de-sac in Brixton, less than two miles from the violent scenes on Clapham Common, three households stood on their doorsteps in silence.

Their heads bowed, their faces blank, and their hands all holding a candle.

This unified pose had not been planned in advance. The only thing that had been was the time of the vigil – 9.30pm.

Image: MPs are calling for change

But when that time came, the neighbours all moved as one. Among them was a family of seven, with two young children. Despite the biting wind, they too stood motionless for several minutes.

Their houses are just metres from where Sarah Everard went missing. But it’s not just Brixton that’s been brought to a standstill by her suspected murder.

This sombre scene would have played out on streets up and down the country, as thousands took part in virtual and doorstep vigils that campaigners hope will shine a light on the issue of violence against women.

More from Reclaim These Streets

She’s part of the Reclaim These Streets movement, which organised the vigils. Although the event in Clapham Common was cancelled, the group was given the green light for a much smaller gathering on Brixton Hill.

Two groups of six women placed 118 candles – one for every woman killed by a man in the last year – at the foot of two trees before holding a moment of silence.

“We are at a really pivotal moment in our history,” said Dr Rosena Allin-Khan, who is the Member of Parliament for Tooting.

“Now’s the time to say enough is enough. We can’t live in fear anymore.”

Image: Candles, messages and flowers left on the steps of the Parkinson Building at the University of Leeds in West Yorkshire

She was one of three local MPs in attendance, at an event which was sanctioned because it was classified as a “commemoration of life”.

“It’s about saying that, as women, we won’t be silenced,” said Florence Eshalomi, MP for Vauxhall.

But as their social media notifications fizzed with news of the scuffles in Clapham, frustrations about the vigil’s policing quickly bubbled up.

“This is what happens when you restrict people’s right to protest,” said Bell Ribeiro-Addy, Labour MP for Streatham.

“People were looking to come together to hold a very decent vigil, socially distanced that would’ve been marshalled. People would’ve dispersed within an hour.”

COVID-19: Ian Huntley gets coronavirus vaccine in jail ‘in line with priority groups’ set out by government health advisers