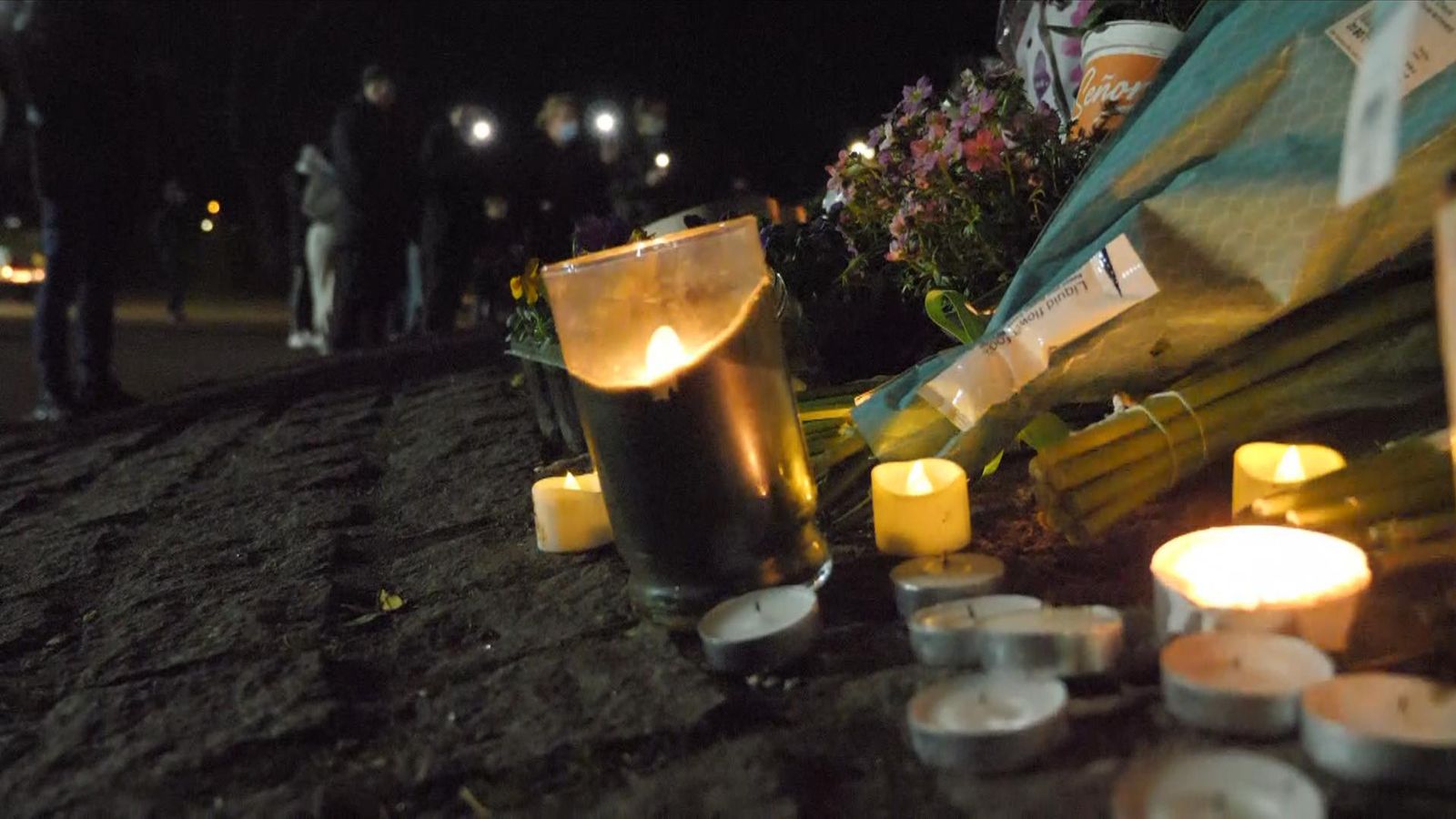 Candlelit vigils have taken place on doorsteps across the country in memory of Sarah Everard, and all women affected by and lost to violence.

Ahead of the nationwide event, held at 9.30pm on Saturday, the Reclaim These Streets group said: “We aren’t just lighting a candle for the women we’ve lost – we have been inspired by the women who have reached out, and hope this is just the start of a movement that will light a fire for change.”

Boris Johnson and his partner Carrie Symonds were among those who lit a candle for Ms Everard, a 33-year-old marketing executive who went missing on 3 March.

Image: A candle was placed outside 10 Downing Street

The prime minister said he was thinking of her family and friends, adding: “I cannot imagine how unbearable their pain and grief is. We must work fast to find all the answers to this horrifying crime.

“I will do everything I can to make sure the streets are safe and ensure women and girls do not face harassment or abuse.”

The doorstep vigil came hours after hundreds of people gathered at Clapham Common in south London, not far from where Sarah went missing, despite a planned event being cancelled because it risked breaching lockdown rules.

Those scenes were replicated in towns and cities across the UK, with people coming together to call for violence against women to be taken seriously – and for measures to be taken in order for women to feel safe in public spaces.