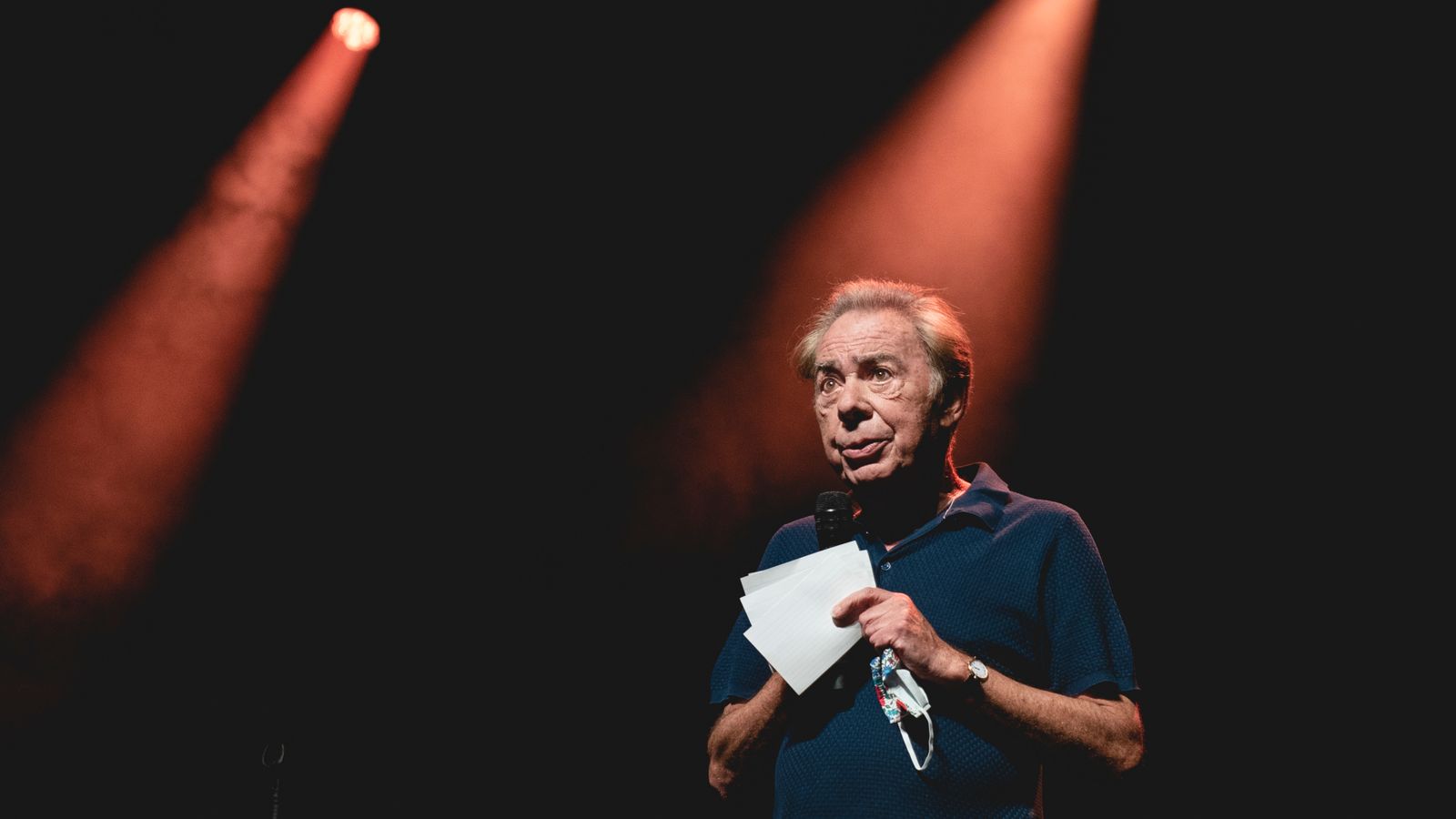 Andrew Lloyd Webber has called on those involved in theatre to stop the “wringing of hands” and support efforts to improve diversity.

Lord Lloyd-Webber, who has shows such as Phantom of the Opera and Joseph and the Amazing Technicolor Dreamcoat to his name, commented as his foundation’s Centre Stage report found not enough is being done to improve diversity in drama schools.

In the report, the 72-year-old writes: “I asked my trustees how many theatricals had taken up the foundation’s offer to administer, for free, a scholarship in the name of anyone who wanted to fund one.

Image: Andrew Lloyd Webber, who composed the Phantom of the Opera, is calling for more to be done to help poorer drama students. Pic: AP

“I was flabbergasted that the answer was precisely zero.”

He added that “opportunity in education is the only way to unlock diverse talent so it can succeed in the theatre”, and called on “anyone who really cares about diversity in theatre” to support the work of Andrew Lloyd Webber Foundation (ALWF) and “consider funding a scholarship”.

However, strides have been made since the last Centre Stage report in 2016, with research showing that the ethnic, cultural and socio-economic diversity of drama school students has risen from 14% to 21.5% as of the 2019/20 academic year.

The research also found that 64% of drama schools have appointed special advisers to improve the reach of their audition and application processes.

But despite the improvements made overall, “there remains a long way to go [as] diversity in some student cohorts is in single percentage figures”, with the foundation adding: “There remains a low representation of people of colour in academic and management positions across UK drama schools.”

Additionally, the ALWF found that only three drama schools surveyed implemented recommendations from five years ago that 50% of places should be funded by scholarships and bursaries to enable students from lower socio-economic backgrounds to attend.

Among the key recommendations this year, the foundation says that “the pool of funds for bursaries, scholarships and other initiatives needs to widen to include producers, including those from TV and film, who demand diverse talent but fail to invest accordingly”.

It adds: “The poor representation of people of colour in academic and management positions needs to be tackled as a matter of urgency to create permanent institutional change.”

Mark Wordsworth, chair of trustees at ALWF said: “The report shines a light on achievements made and examines the further steps necessary to ensure there are no barriers for the brightest talent to succeed.

“This is not about pointing fingers. It is about pushing the bar and striving for us all to achieve more.”