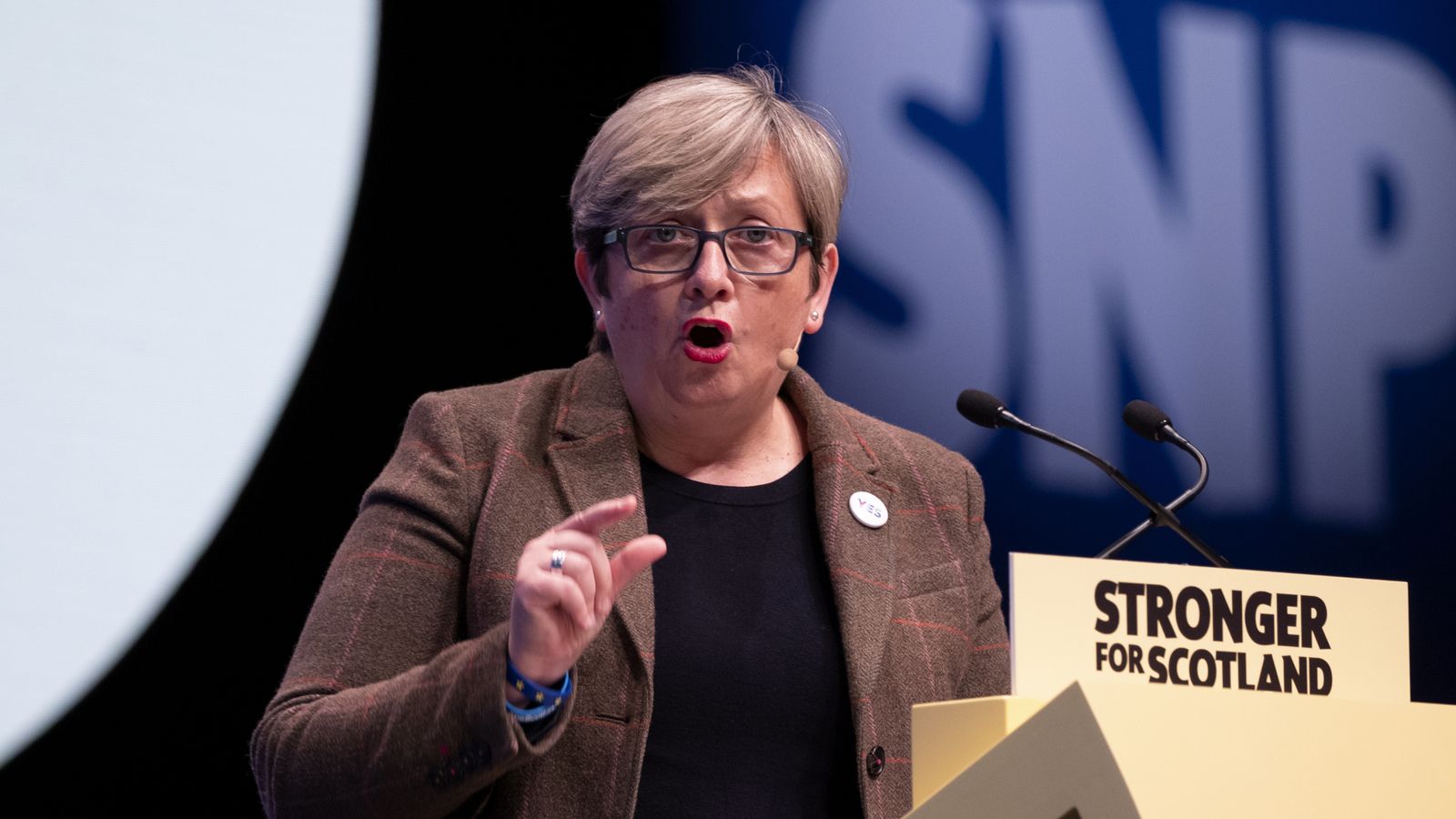 The Scottish National Party (SNP) is being accused of a “shocking” failure to deal with complaints of harassment and abuse within the party.

It follows the conviction of a former party member for targeting MP Joanna Cherry with threats of sexual violence.

Grant Karte admitted posting online threats to Ms Cherry last month, after she was “sacked” by the party leadership from its Westminster front bench.

The messages were sent on the day that Ms Cherry was “sacked” from the party’s Westminster front bench, amidst deep divisions within the SNP over proposed reform of the Gender Recognition Act.

Whilst not being against reform, Ms Cherry has been among vocal critics of people being able to self-identify.

Four days before she was removed from the front bench on 1 February, Scotland’s First Minister Nicola Sturgeon posted a video on Twitter saying she had heard reports of “mainly young people in significant numbers leaving the SNP” because they didn’t consider it a safe, tolerant place for trans people.

She acknowledged the differences of opinion, but said the debate should not be used as “cover for transphobia.”

Following the conviction of Karte at Edinburgh Sheriff Court, Ms Cherry blamed “senior politicians” for making her a target and accused SNP officials of enabling abuse by failing to address complaints.

The SNP MP for Edinburgh South West said: “I believe that the untrue allegations of transphobia made against me, some of which were repeated by senior politicians who ought to know better, put a target on my back.

“Women must be allowed to discuss women’s rights, and to acknowledge that sex matters, without being labelled bigots or abused and threatened.

“At the time of the offence, Mr Karte was a member of a branch of the SNP where there have been a significant number of complaints about abuse of women by younger men.

“Had these complaints of abuse, and the targeting of me and other women on social media been addressed, it is likely that this behaviour would not have escalated to the scale of threats of sexual violence.”

Sources within SNP headquarters say that Karte’s membership of its Bannockburn branch ended in April 2020, but that has puzzled branch members.

They have told Sky News they were only told of his removal from their membership list on 4 February 2021, three days after the online threats were made against Ms Cherry.

He appears to have responded to an invitation to a branch Zoom call on 2 February, the day after he sent the online threats, and it’s understood that Zoom invitations are routed through membership lists in party headquarters.

Local party officials say their concerns about offensive online content within the SNP don’t stop at the case of Karte.

In common with Ms Cherry, officials in the Bannockburn branch have complained to party managers about what they say is persistent abusive behaviour online – but that their concerns have been ignored.

In June 2020, they made a formal complaint of “serious false allegations” made online about the branch and its officials by an SNP party member.

It was only on 18 February this year that the branch received an acknowledgement of complaint from the office of the party’s national secretary and, to their mind, it remains unresolved.

A source, who wishes to remain anonymous, said: “I find it quite shocking. I am appalled that they think they can treat people like that and it beggars belief that they think professional women will sit back and take that.

“If it had happened in a working environment, it would be dealt with. Why has there been no call-out, no support ever shown?”

Sky News asked the SNP if it was guilty of a corporate failure in neglecting to deal with multiple complaints about inappropriate social media posts by party members.

Sources within SNP headquarters have responded by saying the party was aware of concerns being raised about the online views of a particular individual.

They say that he, himself, claimed he had been the target of online abuse and that fellow party members had expressed transphobic views.

The SNP sources say that, while it was clear members had different views, it did not see any concrete evidence of transphobia.

Separately, the SNP’s chief whip at Westminster has stood down after a formal complaint about a sexual harassment allegation was made against him.

Patrick Grady has voluntarily but temporarily stepped aside after a number of sexual harassment allegations emerged against him.

Scotland: Boris Johnson accuses SNP of pushing for independence ‘regardless of cost’