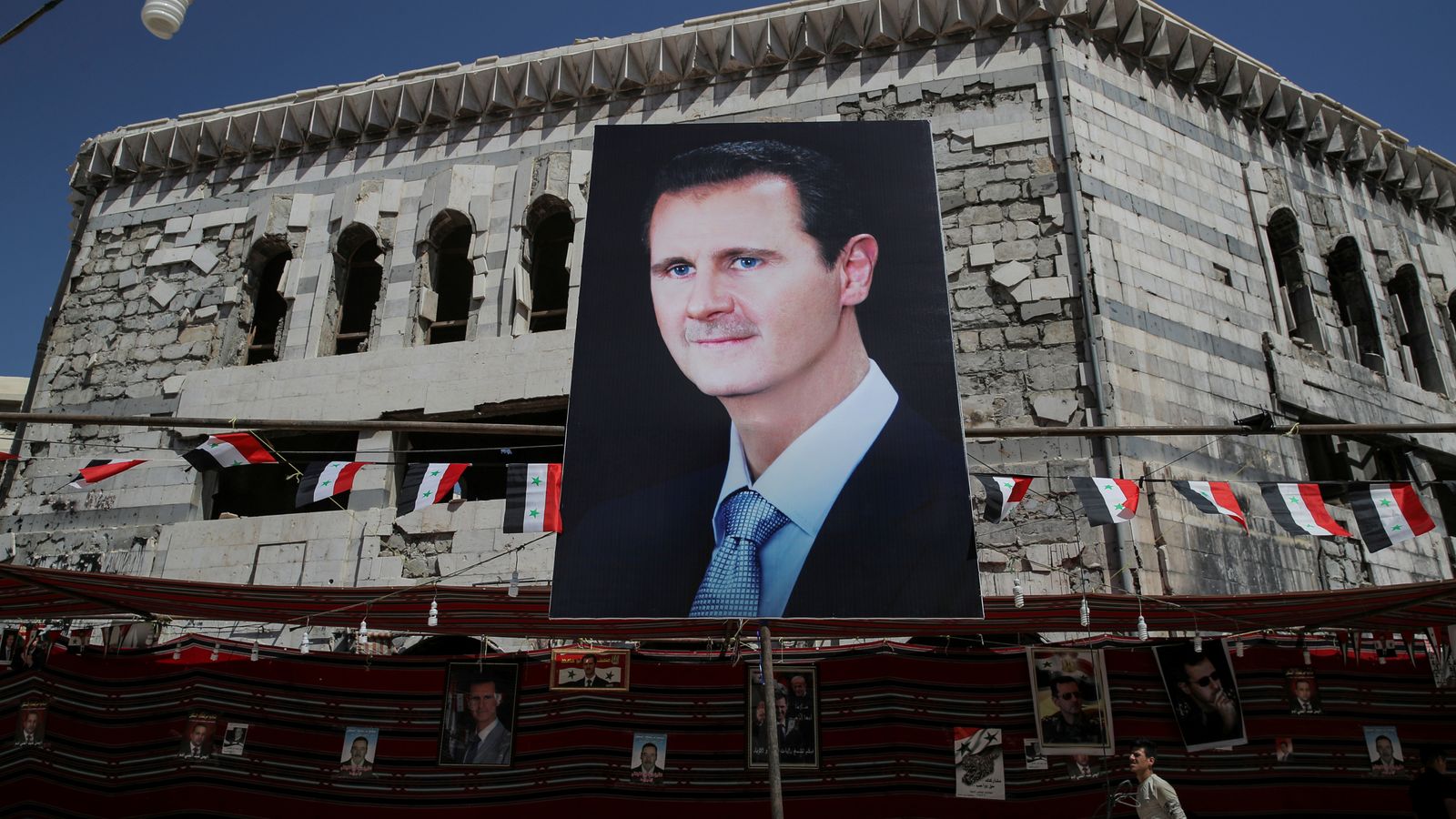 Six close allies of Syrian President Bashar al-Assad – including his foreign minister – have been targeted with asset freezes and travel bans as part of fresh UK sanctions.

He said the sanctions were aimed at holding the Assad regime “to account for their wholesale assault on the very citizens they should be protecting”.

“The Assad regime has subjected the Syrian people to a decade of brutality for the temerity of demanding peaceful reform,” Mr Raab added.

The legacy of 10 years of war in Syria

The new sanctions are the first against the Syrian leadership under the UK’s new post-Brexit sanctions regime.

There are already more than 350 sanctions listings in place related to the decade-long conflict in Syria.

Among the fresh sanctions announced on Monday, Syrian foreign affairs minister Faisal Miqdad – who was appointed in November last year – has been targeted for his shared responsibility “for the Syrian regime’s violent repression against the civilian population”.

The Foreign Office said the individuals were “all part of or support the regime, and are responsible for repressing the Syrian people or benefitting from their misery”.

In the 10 years since the Syrian conflict began, around half a million people are estimated to have died and millions have been displaced from their homes.

Assad’s regime has been regularly accused of using chemical weapons on the country’s civilians.

The United Nations has convened eight rounds of intra-Syrian talks since 2016 and the UN Security Council has adopted 23 resolutions since 2012.

But, so far, a lasting political solution to the conflict is yet to emerge.

The Foreign Office recently did not dispute reports it was planning to reduce the amount of aid to Syria from £137m pledged last year to just over £45m this year.

The government has slashed the foreign aid budget due to the economic impact of the coronavirus crisis, leading to criticism from charities, campaigners and some Conservative MPs.