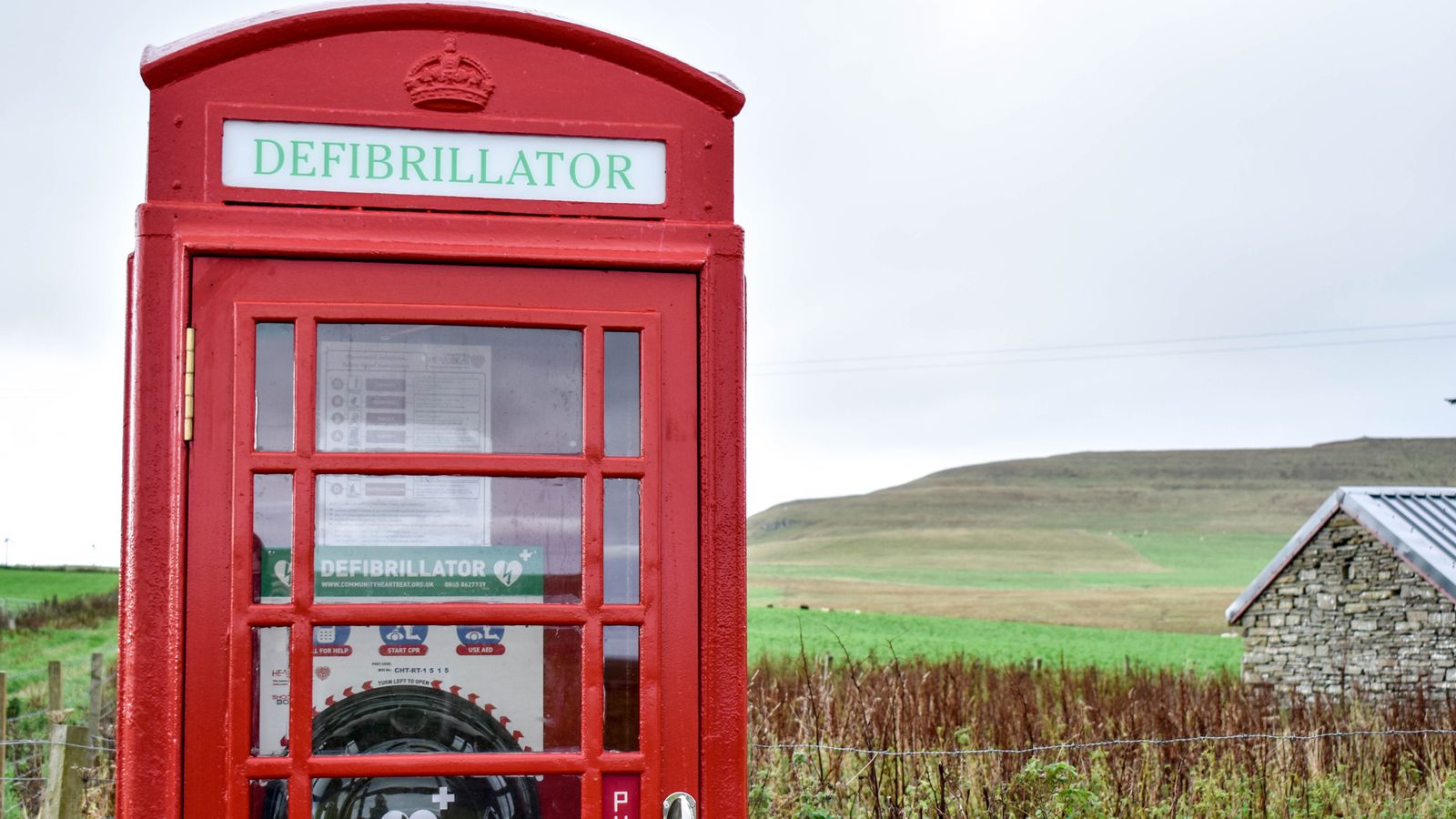 Thousands of the UK’s iconic red phone boxes are to be given a new lease of life by being transformed into mini museums or art galleries.

BT has said 4,000 of the street boxes are being offered to communities as their use has been overtaken by mobile phones.

They could also play a role in saving lives by housing defibrillators or being turned into a small library with a selected collection of books.

Image: This Scarborough telephone box has been transformed into a tiny museum

Since 2008, more than 6,600 phone boxes have been taken on by communities for just £1 each through the Adopt a Kiosk programme.

James Browne of BT said: “With most people now using mobile phones, it’s led to a huge drop in the number of calls made from payphones.

“At the same time, mobile coverage has improved significantly in recent years due to investment in masts, particularly in rural areas.

“We’re currently rationalising our payphone estate to make it fit for the future, and the Adopt a Kiosk scheme makes it possible for local communities across the UK to retain their local phone box with a refreshed purpose for the community.

“Thousands of communities have already come up with a fantastic array of ideas to reuse their beloved local phone box.”

Martin Fagan, national secretary of the Community Heartbeat Trust charity, which is helping to install defibrillators in local kiosks, said: “BT’s phone box kiosks are iconic British structures, and repurposing for this lifesaving use has given them a new lease of life.

Image: This box in Warwickshire has been turned into a free book exchange

“To date we have converted about 800 ourselves, with another 200 in the pipeline.

“Placing the equipment in the heart of a community is important to save on time. Kiosks are historically at the centre of the community, and thus great locations for defibrillators.”