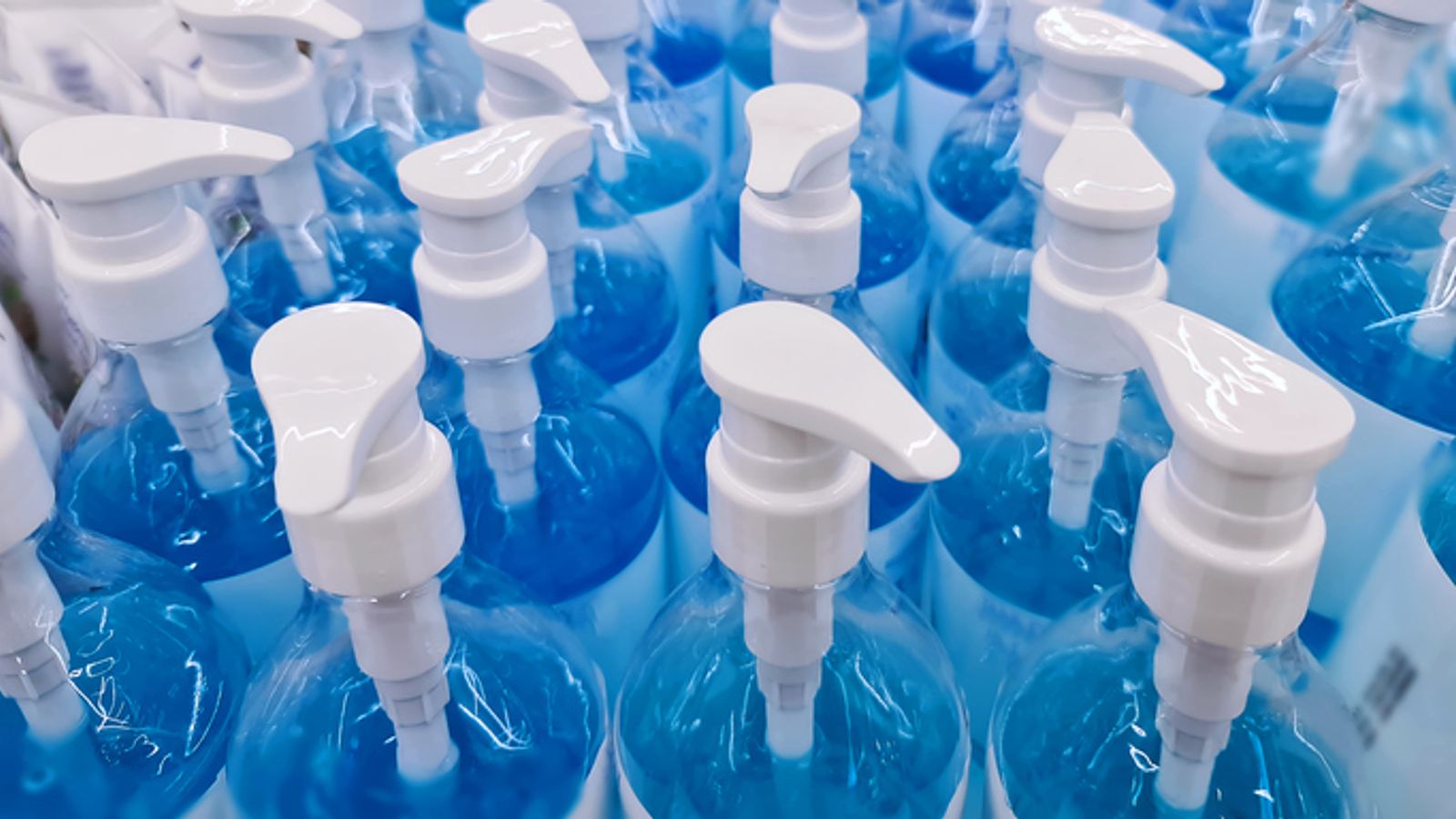 Hand sanitisers are in and white chocolate bars are out as the basket of goods and services used to calculate inflation undergoes its latest reshuffle.

The impact of the coronavirus pandemic on consumer habits is apparent in the Office for National Statistics (ONS) announcement – which also sees casual clothing and home exercise equipment added.

Ground coffee is out – replace by coffee sachets – while the staff restaurant sandwich is also removed as the number of work canteens fall.

Image: Home workouts have become popular – and weights are now on the list as well

Sam Beckett, ONS head of economic statistics, said: “The pandemic has impacted on our behaviour as consumers, and this has been reflected in the 2021 inflation basket of goods.

“The need for hygiene on the go has seen the addition of hand sanitiser, now a staple item for many of us.

“Lockdown living has seen demand for home exercise equipment rise, while spending more time within our own four walls has also encouraged us to invest in smart technologies.

“A more casual approach to clothing, as more of us work from home, has seen the addition of loungewear into the consumer basket.”

The ONS said 17 items had been added to the Consumer Price Index (CPI) this year, with 10 removed and 729 unchanged.

Image: Smartwatches like the Apple Watch have also been added

It described hand sanitiser as “something many of us are rarely without nowadays” and said spending on such products had increased.

The addition of hand weights for home exercise, as gyms remain closed until April, also reflected “the trend for healthier living”, the ONS said.

Smartwatches were added for similar reasons.

New types of “smart” or WiFi enabled light bulbs have also entered the list, apparently thanks to the home improvement trend seen over the past year of lockdowns.

Casual clothes such as men’s loungewear and women’s sweatshirts have joined the list too as people work more from home.

Hybrid and electric cars have also been added, reflecting the move away from diesel and petrol.

The removal from the list of the white chocolate bar sees it replaced by malted chocolate sweets such as Maltesers, which the ONS said attract higher spending.

Also left out are Axminster and Wilton-type carpets, which evidence suggests are mainly used in commercial premises, rather than for the consumer basket of goods and services used to compile CPI, the main measure of inflation.