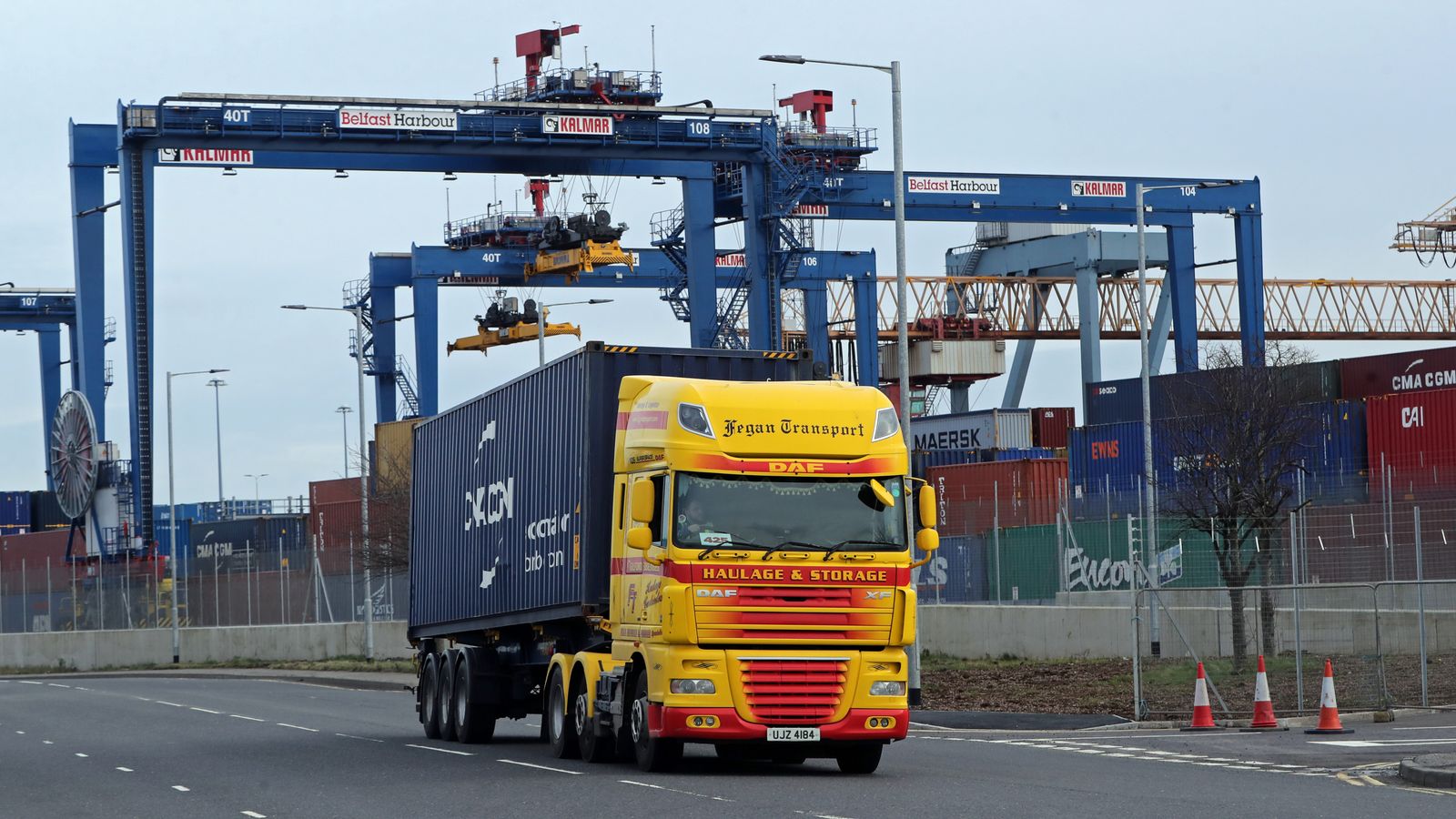 The UK has maintained changes it made to Northern Ireland’s trading arrangements are “lawful” and “well precedented” after the European Union launched legal action against it.

The European Commission has accused the UK of breaching international law concerning the movement of goods and pet travel between Great Britain and Northern Ireland after the UK moved to unilaterally change parts of the Brexit deal to better suit British businesses earlier this month.

On 3 March, the UK announced it was going to extend grace periods relaxing procedures and checks on British supermarket suppliers and businesses trading in Northern Ireland until October.

Under the Northern Ireland Protocol agreement to avoid a hard border on the island of Ireland, Northern Ireland has remained a part of the EU’s single market for goods meaning products arriving from the UK mainland have to undergo EU import procedures.

But this has created a new trade border with Northern Ireland and the rest of the UK, raising concerns the terms negotiated last year would cause further food shortages if implemented, as agreed, in full at the end of March.

Some supermarkets and other shops have struggled to maintain stocks since 1 January when the arrangement began.

The UK said changing the grace period is “temporary…lawful and part of a progressive and good faith implementation of the Northern Ireland protocol”.

A government spokesman added: “Low key operation measures like these are well precedented and common in the early days of major international treaties.

“In some areas, the EU also seems to need time to implement the detail of our agreements.This is a normal process when implementing new treaties and not something that should warrant legal action.

“These aspects of the Northern Ireland Protocol have only been in force for 70 days and we saw the challenges faced by supermarkets and others in the early weeks of January as a result of the Joint Committee agreement only being reached in December.

“That’s why it is right to provide a proper further period for them to plan ahead, particularly in the current circumstances of a global pandemic.

“All sides need to keep in mind the fact that the Protocol depends on cross-community consent and confidence if it is to work and deliver our common objective of protecting the Belfast (Good Friday) Agreement in all its dimensions, North-South and East-West.

“We look to continue discussing the issues within the Joint Committee framework in a constructive fashion.”

The European Commission said this is the second time in six months the UK government “is set to breach international law” after the Internal Market Bill set out clauses that would undercut the Northern Ireland Protocol. These were removed in December.

The EU has sent two letters launching the legal action: a formal notice of breaches under EU law and a political letter to David Frost, the UK’s co-chair of the Joint Committee of UK and EU officials, calling on the British government to refrain from extending the grace period.

European Commission Vice-President Maros Sefcovic, who leads the issue for the EU, said: “The protocol on Ireland and Northern Ireland is the only way to protect the Good Friday (Belfast) Agreement and to preserve peace and stability while avoiding a hard border on the island of Ireland and maintaining the integrity of the EU single market.

“The EU and the UK agreed the protocol together. We are also bound to implement it together.

“Unilateral decisions and international law violations by the UK defeat its very purpose and undermine trust between us.

“The UK must properly implement it if we are to achieve our objectives. That is why we are launching legal action today.

“I do hope that through the collaborative, pragmatic and constructive spirit that has prevailed in our work so far on implementing the Withdrawal Agreement, we can solve these issues in the Joint Committee without recourse to further legal means.”

The UK has a month to respond to the legal letter otherwise it faces a fine, to be decided by the European Court of Justice.

The EU has urged the UK to enter into bilateral consultations with the aim of reaching a mutually agreed solution by the end of March.

The EU’s move to bring legal proceedings against the UK likely shows an acceptance of an increasingly rancorous relationship between the two sides.

And in EU capitals there is said to be a determination to force the UK to comply with its post-Brexit obligations.

The unilateral move by the UK to extend so-called grace periods for business to bed in to the new reality has damaged trust and EU leaders weren’t impressed by Lord Frost (the UK’s Brexit man) basically calling on those on the other side of the Channel to get over the fact the UK has left the union.

And an EU official said, again and again, today their side hope this doesn’t end up in court (and the ECJ – the very court loathed by Brexiteers – at that) and that things can be resolved through discussion.

The language going in both directions recently doesn’t give much hope of that.

But then again, the EU threatened legal action at the end of last year in the face of Boris Johnson’s Internal Markets Bill.

Mr Johnson removed the offending clauses and peace was restored. But now the UK has offended in the EU’s eyes again.