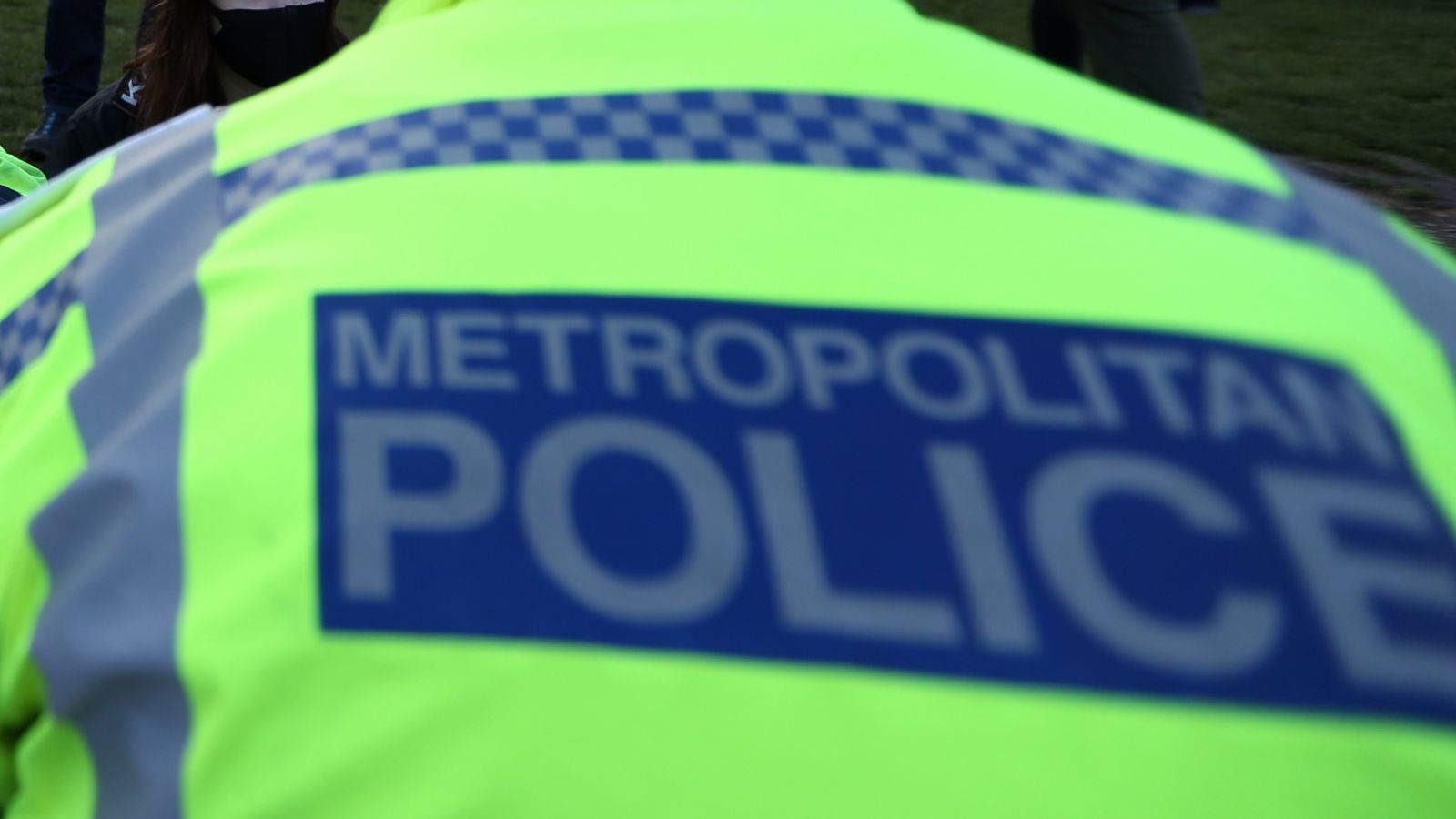 A police officer who pretended his brother had terminal cancer so he could get time off work has been found guilty of gross misconduct.

When former PC Callum McIntyre transferred to a new unit in the Metropolitan Police in March 2019 he told his sergeant that his brother had terminal cancer.

Over the course of the next three months, McIntyre was granted 30 days’ compassionate leave in order to support his brother.

A Metropolitan Police misconduct hearing was told when McIntyre subsequently moved to another team he told them his brother had died while receiving treatment and had been buried.

The information McIntyre gave about his brother was not true and he later admitted it, the panel heard

Image: The Metropolitan Police has come under fire this week over the policing tactics used at a vigil for Sarah Everard

On Monday, the panel found his actions were “so serious they amounted to gross misconduct”.

They were, the panel ruled, a breach of standards of professional behaviour “in respect of honesty and integrity, authority, respect and courtesy, discreditable conduct and duties and responsibilities”.

Had McIntyre still been a serving officer he would have been dismissed, it added. He resigned from the force in February 2020.

McIntyre was also found guilty of failing to report the incident of a woman who had been intimidated by the driver of a moped who threatened to throw acid over her in August 2019.

She called 999 and was advised by the operator to attend a police station to report what had happened.

She attended Croydon police station where McIntyre was on duty – but he neither reported the incident as a crime or took a statement from her.

The Metropolitan Police has come under fire this week over the policing tactics used at a vigil for Sarah Everard, the 33-year-old woman found dead after she went missing while walking home in south London.