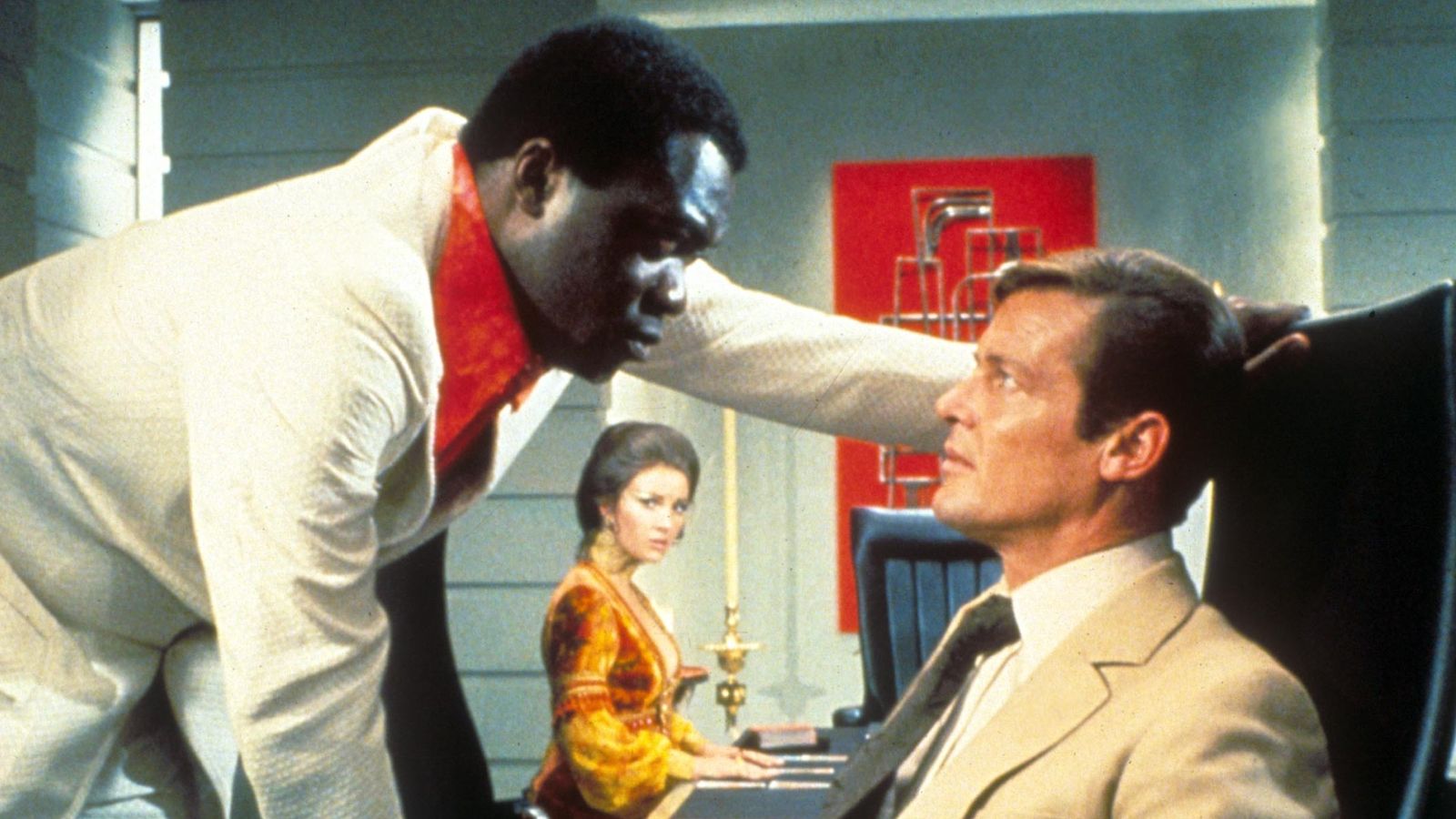 Tributes are being paid to actor Yaphet Kotto, the actor best known for his turn as a James Bond villain in Live And Let Die, who has died aged 81.

Kotto was the Bond franchise’s first black antagonist, playing Dr Kananga and his alter-ego Mr Big in the 1973 film opposite the late Sir Roger Moore as 007.

News of the American actor’s death was announced by his wife of 24 years, Tessie Sinahon, on Facebook. She said her husband died on Monday in the Philippines.

Image: Kotto with Sir Roger Moore and the Live And Let Die cast

“You played a villain on some of your movies but for me you’re a real hero and to a lot of people also,” she wrote in her tribute.

“A good man, a good father, a good husband and a decent human being, very rare to find…

“I’m gonna miss you everyday, my best friend, my rock. I love you and you will always be in my heart. Till we meet again!”

She said Kotto had received film offers “like GI Joe and the movie of Tom Cruise” before his death, and had plans to release a book and set up a religious organisation.

As well as Live And Let Die, Kotto also starred as technician Dennis Parker in Alien in 1979, alongside Sigourney Weaver, and as William Laughlin opposite Arnold Schwarzenegger in1987 action film The Running Man.

Image: Roger Moore and Yaphet Kotto fighting under water on the film set of Live And Let Die

Kotto’s screen credits also included television, with the star playing Al Giardello in the NBC series Homicide: Life On The Street from 1993 to 1999. In 2004, he appeared in an episode of The Wire.

Yaphet Kotto. My Mom’s favorite. He’s one of those actors who deserved more than the parts he got. But he took those parts and made them wonderful all the same. A star. Rest well, sir. pic.twitter.com/BqeuVc7DSB

Stars and other entertainment industry figures have paid tribute on social media.

Filmmaker Ava DuVernay said Kotto was an actor “who deserved more than the parts he got. But he took those parts and made them wonderful all the same”, while director Edgar Wright praised his “brilliant magnetic presence”.