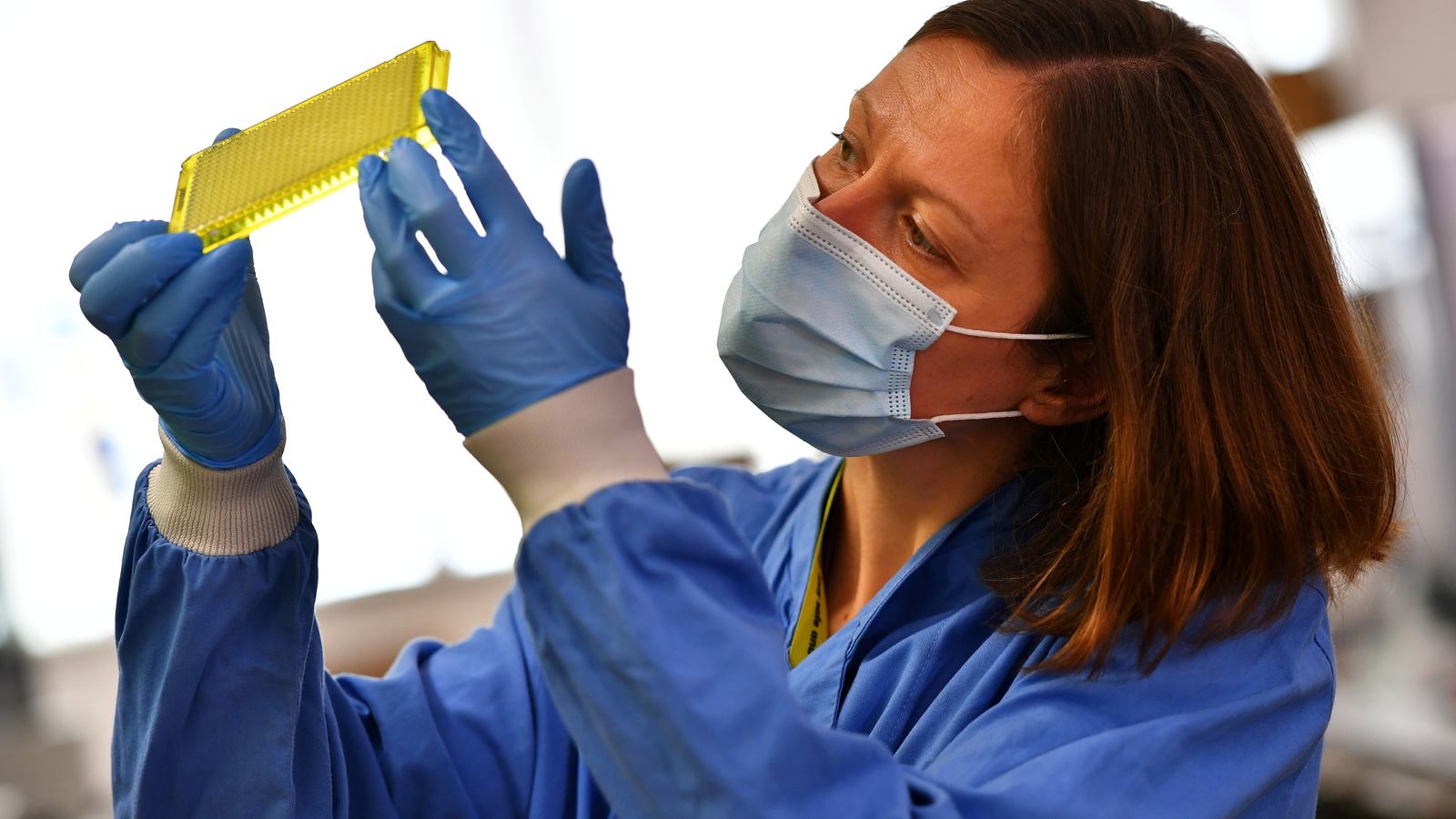 Public Health England (PHE) is investigating a new COVID variant – previously reported in the Philippines – after two cases were found.

The variant – VUI-21MAR-02 (P3) – has been designated a variant under investigation, rather than variants such as another from Manaus, which is a variant of concern.

In a statement, the health authority said: “On 9 March PHE noted a report of 33 cases of a new variant reported by the Philippines.”

It added: “The variant includes a number of notable mutations including E484K and N501Y, which are found in several other variants of concern.

“Public Health England has identified two cases of this variant in England. One of the cases is linked with international travel and the other is currently under investigation.

“All appropriate public health interventions are being undertaken.”

Also, two new cases of the P1 variant first reported in Brazil have been found in the London area of Haringey and the West Midlands.

Both cases are linked with travel to Brazil, PHE said.

What is the Brazil variant?

The West Midlands case was identified after the person’s arrival at Birmingham Airport, where they were tested and quarantined as part of the managed hotel quarantine process.

The case in London was found through surge testing, which will be increased in the affected area.

Contact tracing teams have also been investigating to identify further contacts of the person.

This means that the number of P1 cases in the UK has increased to 12 – nine in England and three in Scotland, all of which have links to travel or to a previously confirmed case that has travelled to Brazil.

It comes as the UK recorded another 110 COVID-related deaths and 5,294 new cases in the latest 24-hour period.

Analysis: New variants are not a surprise – the virus has to evolve to survive
By Thomas Moore, science correspondent

The mutated P3 virus has come from the Philippines, which currently has the second-highest number of COVID-19 cases in South East Asia.

Public Health England has identified two cases. One is a traveller, the other is most probably a contact.

It’s put the variant on its watchlist and is taking steps to stop it spreading.

While it’s a concern to have new variants popping up, this version of the virus hasn’t evolved further than anything we have seen before.

It has the same N501Y and E484K mutations found in the South African and Brazilian variants. The former makes the virus more transmissible; the latter helps it evade some antibodies.

Vaccine manufacturers are already updating their jabs to make them more effective against those mutations.

It’s unlikely that this will be the last new variant. As vaccination drives up immunity the virus has to evolve to survive.

Public health authorities will have to be on their guard to deal with them swiftly to snuff out any potential outbreaks.