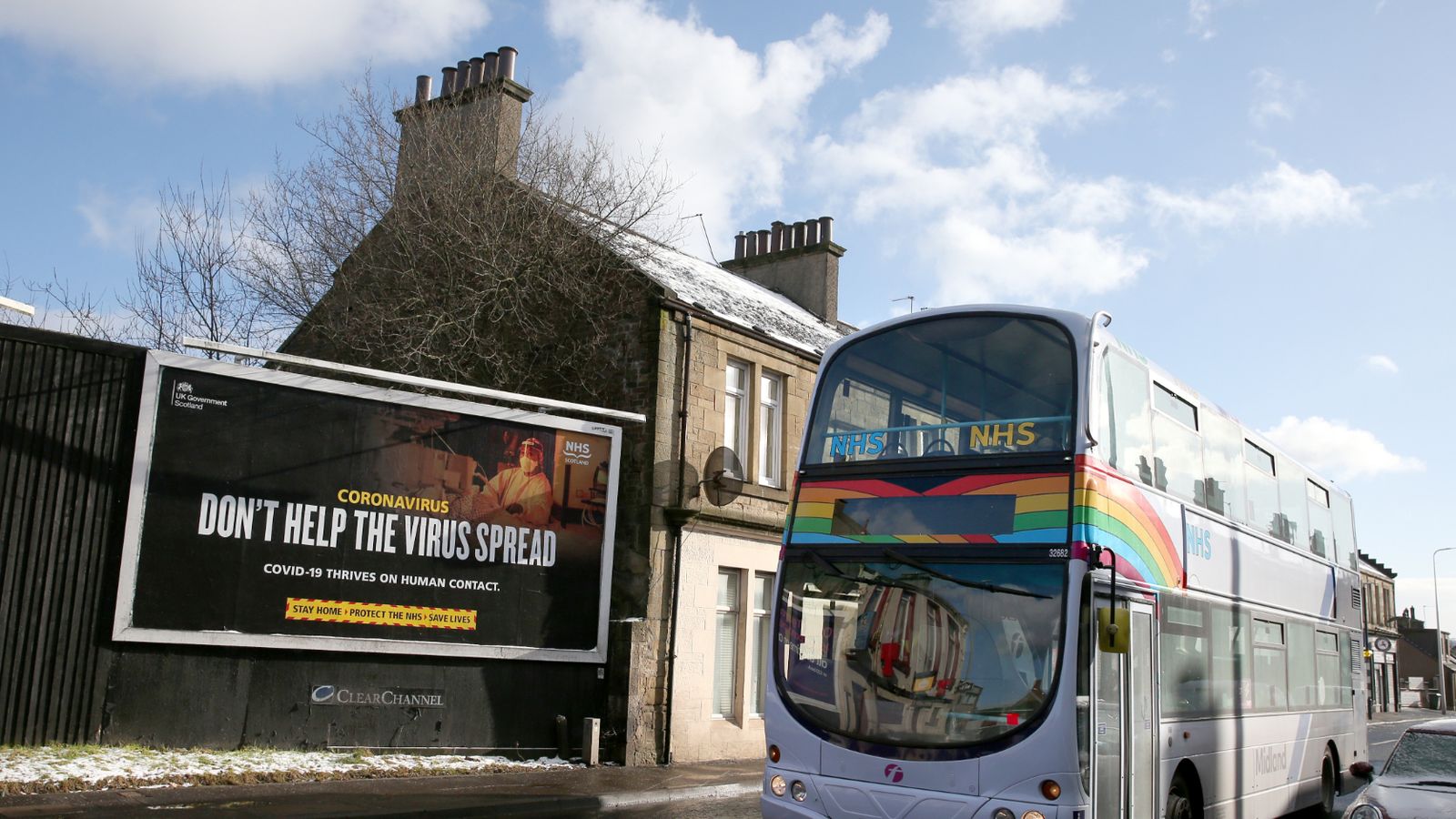 Scotland’s stay-at-home order will be lifted on 2 April and replaced with a “stay local” message, with Northern Ireland set to follow 10 days later.

First Minister Nicola Sturgeon made the announcement in a COVID-19 statement to the Scottish Parliament, outlining dates for easing the country’s restrictions.

In Northern Ireland, First Minister Arlene Foster confirmed that the Stormont Executive had agreed “several measured relaxations” to the rules.

This includes the stay-at-home requirement lifting on 12 April and being replaced with a “stay local” message like in Scotland.

Mrs Foster said the outlook was “cautious but optimistic”, adding: “Our responsibility to you is to look carefully at how we can improve the situation for you in a careful and sustainable way.

“We want to give you hope and we have discussed today a number of small steps which we hope will be welcome.”

Deputy First Minister Michelle O’Neill said the moves were “very positive” and represented a “safe way out of the restrictions”.

“It’s a day of hope for young people, for families, for sports and indeed for businesses,” she said.

Image: Mrs Foster said the outlook was ‘cautious but optimistic’

It has also been agreed that from 1 April, up to six people from no more than two households can meet outside in a private garden.

Meanwhile, golf courses will reopen and 10 people from no more than two households will be allowed to take part in outdoor sporting activities.

Click and collect purchases will be allowed from garden centres and plant nurseries.

On 12 April, up to 10 people from no more than two households can meet in a private garden, with click and collect services at all non-essential retail resuming.

Outdoor sports training for sports clubs affiliated with recognised governing bodies will be permitted to resume, with no more than 15 participants in one training group. Indoor club facilities, apart from toilets, will have to remain shut.

Ms Foster’s caution was echoed by Ms Sturgeon, who warned against being complacent despite saying this was the “most hopeful I have felt about the situation for a long time”.

Image: Nicola Sturgeon said she could not say when coronavirus restrictions would be scrapped entirely

“I know this is the bit none of us want to hear, but the route back to normality does depend on continued suppression,” she said.

Ms Sturgeon said she hoped the guidance to “stay local” would be in place for no more than three weeks.

The reopening of non-essential retail on 5 April will include barbers and salons, she told MSPs.

More students will be able to return to face-to-face learning, particularly those in college, with those at risk of not finishing their courses the priority.

The first minister said Scotland would come out of lockdown and into a “modified Level 3” on 26 April.

Travel restrictions across the country will also be dropped on 26 April.

“We hope that restrictions on journeys between Scotland and other parts of the UK and the wider common travel area can also be lifted, if not on April 26, then as soon as possible thereafter,” Ms Sturgeon said.

She said the country’s coronavirus vaccine programme will have reached those most at risk of dying from the virus by then, which will “give us the confidence to ease restrictions much more significantly”.

“The precise detail of any continued restrictions will depend on an assessment of the situation closer to the time,” Ms Sturgeon said.

Non-essential shops, libraries, museums, galleries and gyms will be able to reopen on 26 April, with six people from up to three households permitted to meet outside.

Cafes, restaurants and bars will be able to serve people outdoors, in groups of up to six from three different households, until 10pm.

Alcohol will be allowed and there will be no requirement for food to be served.

One year since the COVID emergency declared

Hospitality venues can reopen on that date until 8pm, but only for food and non-alcoholic drinks.

However, pubs will not be able to reopen indoors until 17 May.

Indoor socialising is expected to be allowed from this date, with four people from two households permitted to gather, while the rules around outdoor mixing will be eased further.

Cinemas, amusement arcades and bingo halls will be able to reopen, while outdoor contact sport for adults is also set to return.

The plan is for Scotland to move from Level 3 to Level 2 on this date, before dropping to Level 1 at the start of June.

By the end of that month, the aim is to move to Level 0, although the first minister said she could not say when COVID restrictions would be scrapped entirely.

“For me to set a precise date for all of that right now would involve plucking it out of thin air – and I’d be doing it to make my life easier, not yours,” Ms Sturgeon said.