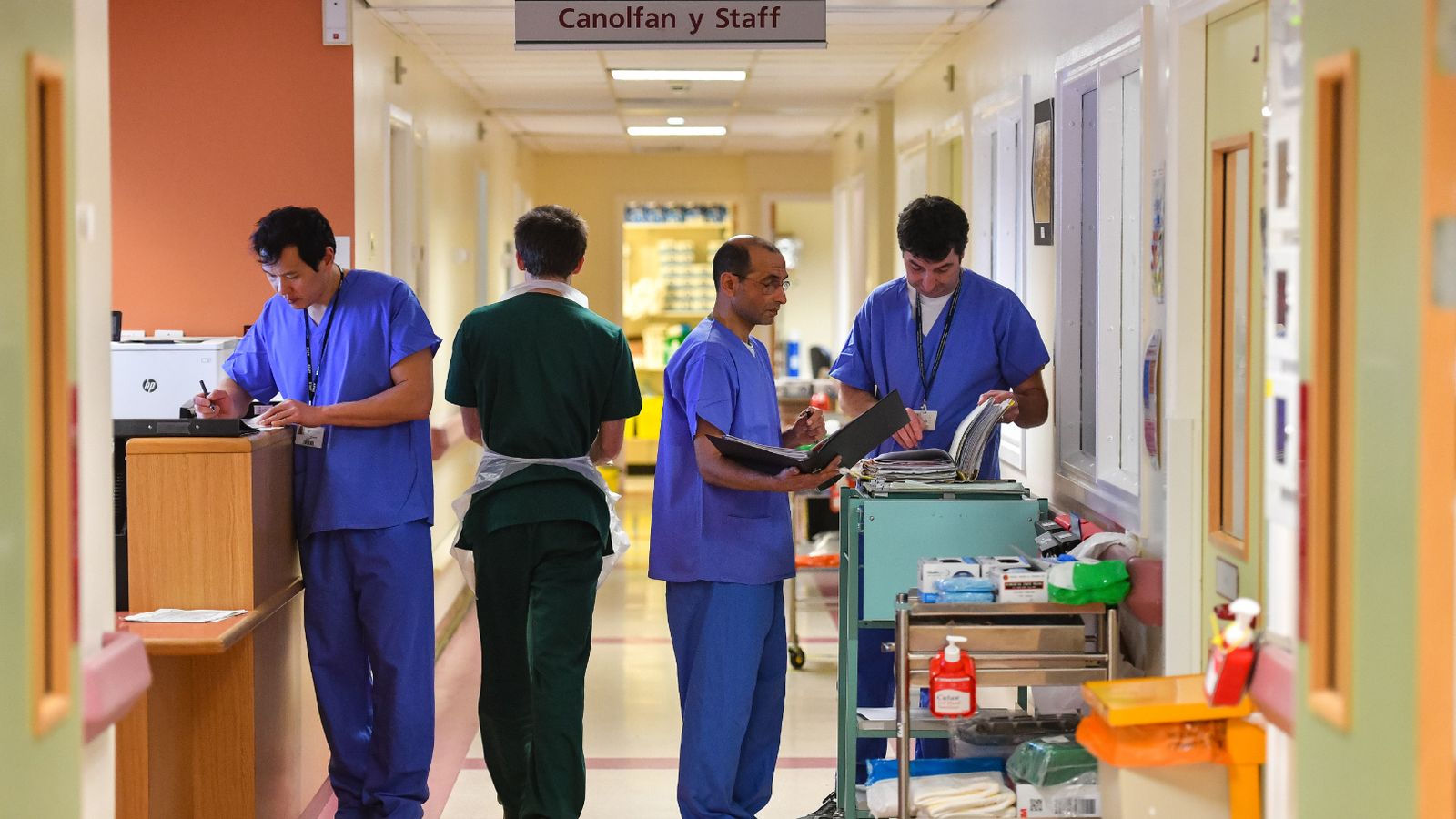 Wales has offered a £500 bonus to health and social care workers for their work during the COVID crisis.

At a news conference on Wednesday, the country’s health minister Vaughan Gething announced NHS and social care staff will receive a £735 payment to recognise their efforts during the pandemic.

The one-off payment will see most workers take home £500 after tax and national insurance deductions.

It is estimated to benefit more than 220,000 people in Wales, including more than 100,000 social care staff and 90,000 NHS Wales staff, as well as deployed students and primary care staff.

What are the risks and benefits of vaccines?

Mr Gething described the contributions of health and care workers as “truly remarkable”, as they battled through “some of the most difficult and challenging circumstances”.

“As we approach one year on, you’re still working hard, looking after the sick and the vulnerable and vaccinating tens of thousands of people every day to give us real hope for the future,” he added.

“In recognition of this enormous effort, we will be providing all NHS and social care staff with a special bonus payment.

“More than 220,000 people working across our NHS and social care will receive the payment in their pay packet starting next month.”

This year’s bonus is in addition to the £500 special payment for care workers announced in May 2020, which recognised their work through the first wave of COVID infections.

Both Scotland and Northern Ireland have also previously offered a £500 bonus to health and care staff.

Mr Gething said the £735 payment was “not instead of a real pay rise”.

He has previously said Welsh government ministers will not try to cap any pay rise for Welsh NHS staff.

The UK government recently became embroiled in a row after recommending NHS workers in England are restricted to a 1% pay rise.

Critics have claimed such a rise would actually represent a real-terms pay cut, with inflation forecast to reach 1.5% this year.

Mr Gething described the move by the Westminster government as “a kick in the teeth” for NHS staff.

UNISON general secretary Christina McAnea said: “Boris Johnson and his government are now out of step with every other part of the UK.

“The devolved administrations have all made one-off gestures showing they appreciate everything NHS and care staff have done this past year.

“It’s a pity ministers in Westminster have still failed to commit to funding the proper salary increases staff across the UK deserve.”