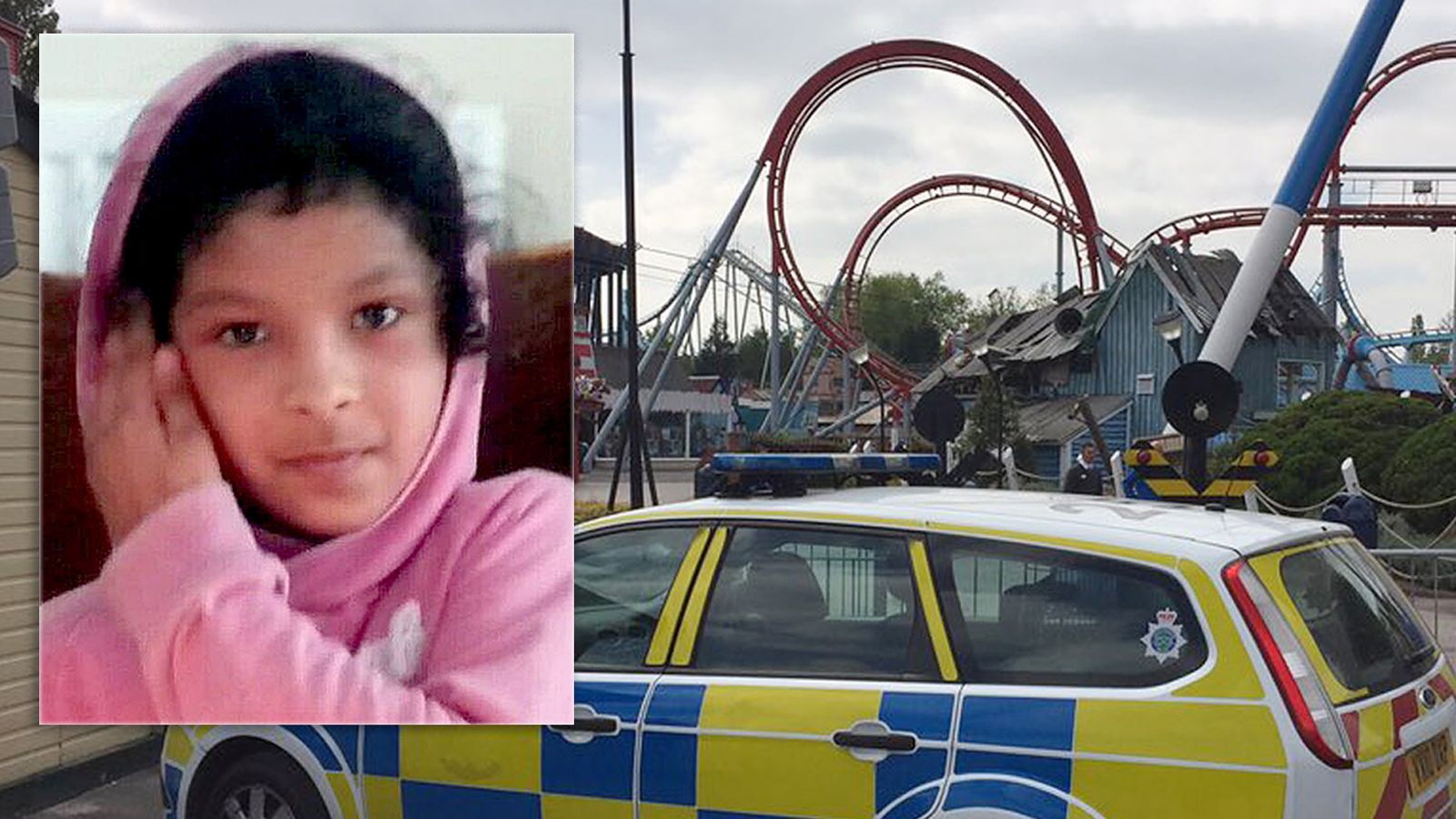 The operators of Drayton Manor theme park have been fined £1m over safety failings which led to the death of an 11-year-old girl on its water rapids ride.

Evha Jannath was “propelled” from a vessel on the Splash Canyon ride at the park in Staffordshire during a school trip with friends from Jameah Girls Academy in Leicester on 9 May 2017.

Lawyers for the Health and Safety Executive (HSE) brought a prosecution against the park for not properly ensuring the safety of its guests. They said the operators oversaw “systemic failures of safety” on the river rapids ride.

Image: The operators of Drayton Manor theme park have been fined £1m over safety failings

Drayton Manor had admitted breaching Section 3 of the Health and Safety at Work Act.

The judge said there was “no prospect of the fine being paid” given that the company operating the park at the time had since gone into administration.

Drayton Manor was rescued by a French leisure company – Looping Group – last summer after the Bryan family sold the park for the first time in its 70-year history, saving hundreds of jobs.

But Mr Justice Spencer added: “In my judgment, it would be wholly inappropriate to do other than impose the fine which the offence merited.

“The public and Evha’s family must not be led to think that this serious offence, which resulted in the death of a child, can properly be met by only a nominal penalty.”

Image: Evha tried to climb up the travellator on the Splash Canyon ride but fell into the water and drowned

He added: “I bear in mind there are other similar rides in the United Kingdom, I bear in mind that this theme park has been sold to another operator and the staff transferred over.

“It is important that lessons are learned and the seriousness of the defendant company’s failing, in this case, is marked by an appropriate punishment.”

Evha, who turned 11 just four days before the accident, “had a bright future, she was doing well at school and had said she wanted to be a teacher herself”.

Responding to the fine, Evha’s parents’ lawyer Hilary Meredith, said: “This is one of the saddest cases we as a firm have ever had to deal with.

“We are well known for acting on behalf of the Armed Forces and their families but when a case involves a child on a fun day out which ends in such needless tragedy it impacts on us all.

“Our heart goes out to Evha’s family and friends.”